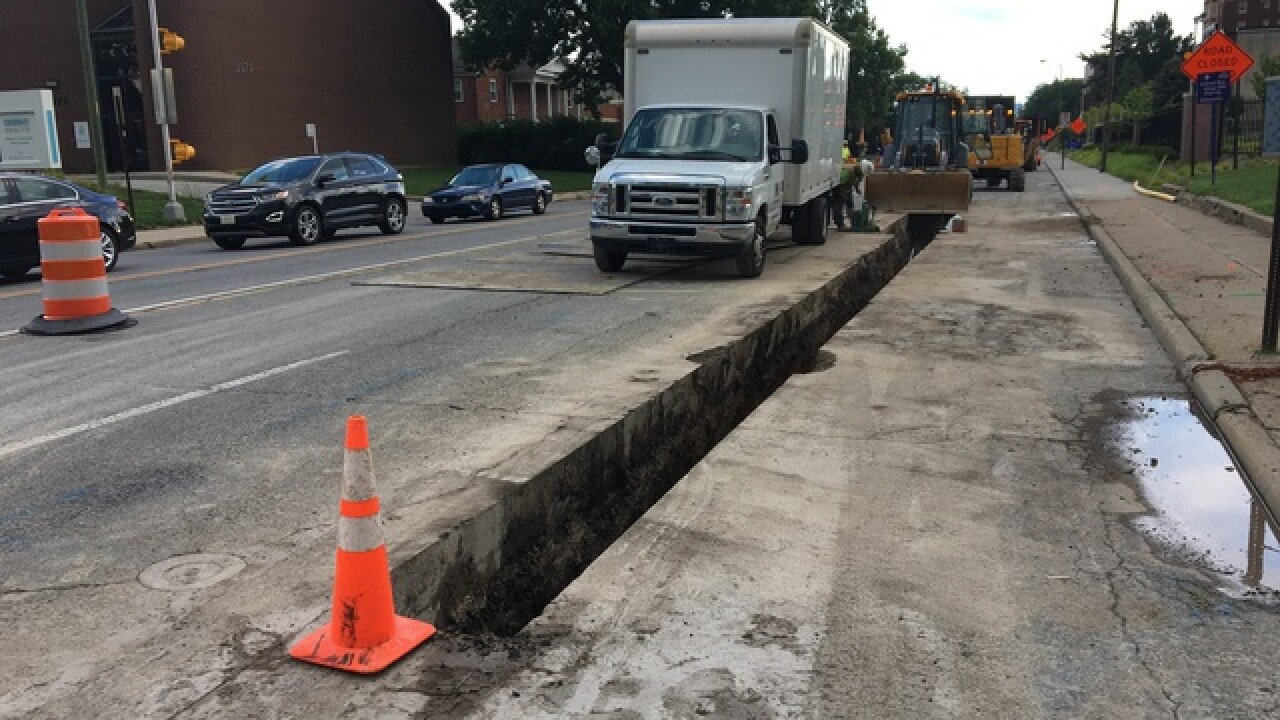 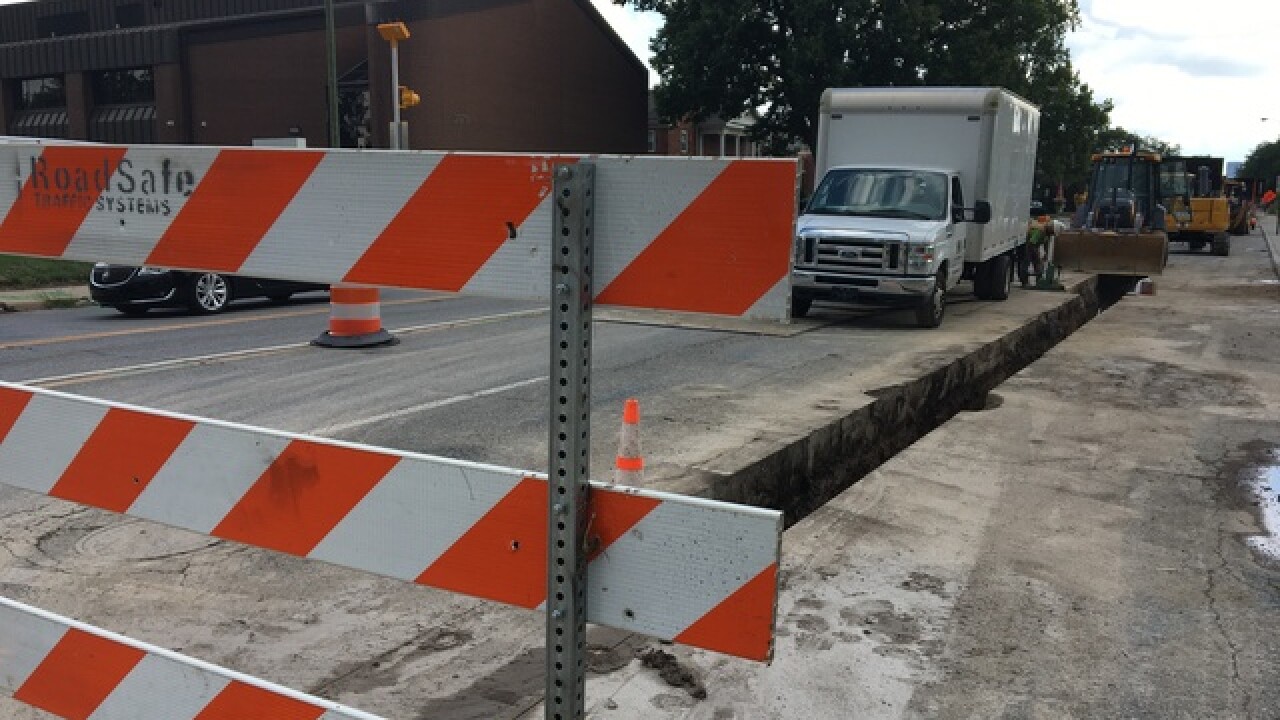 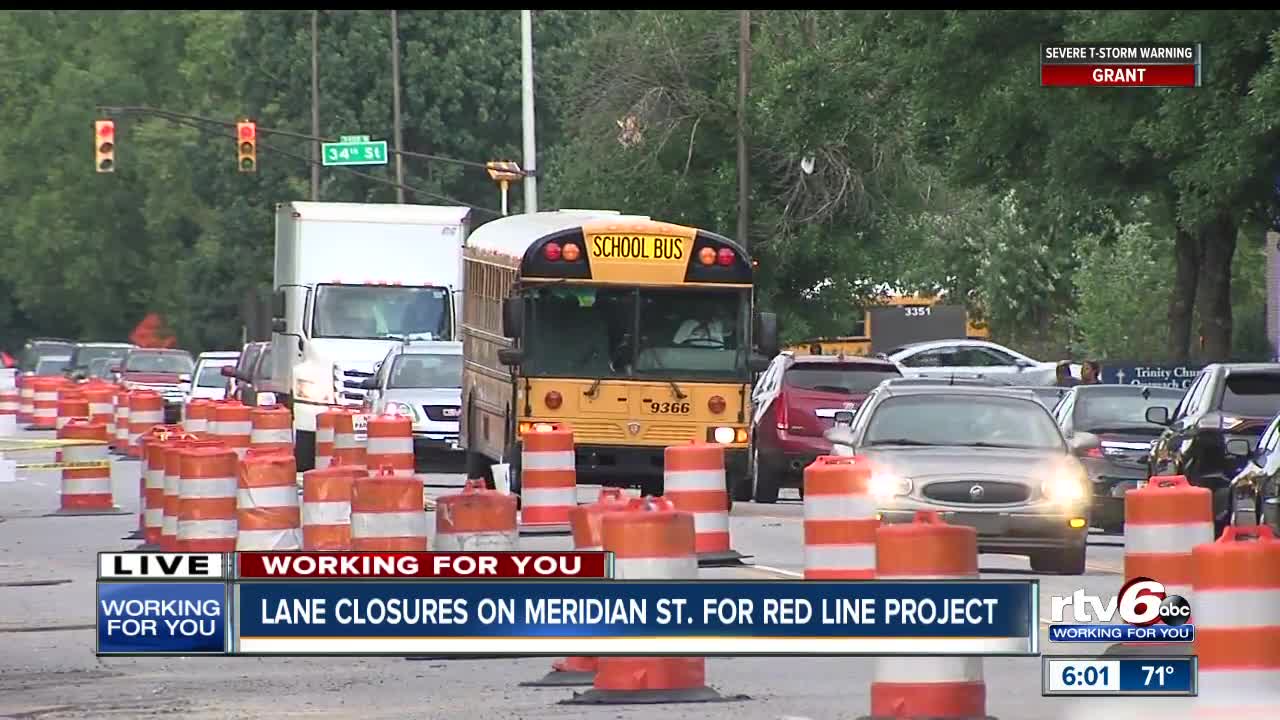 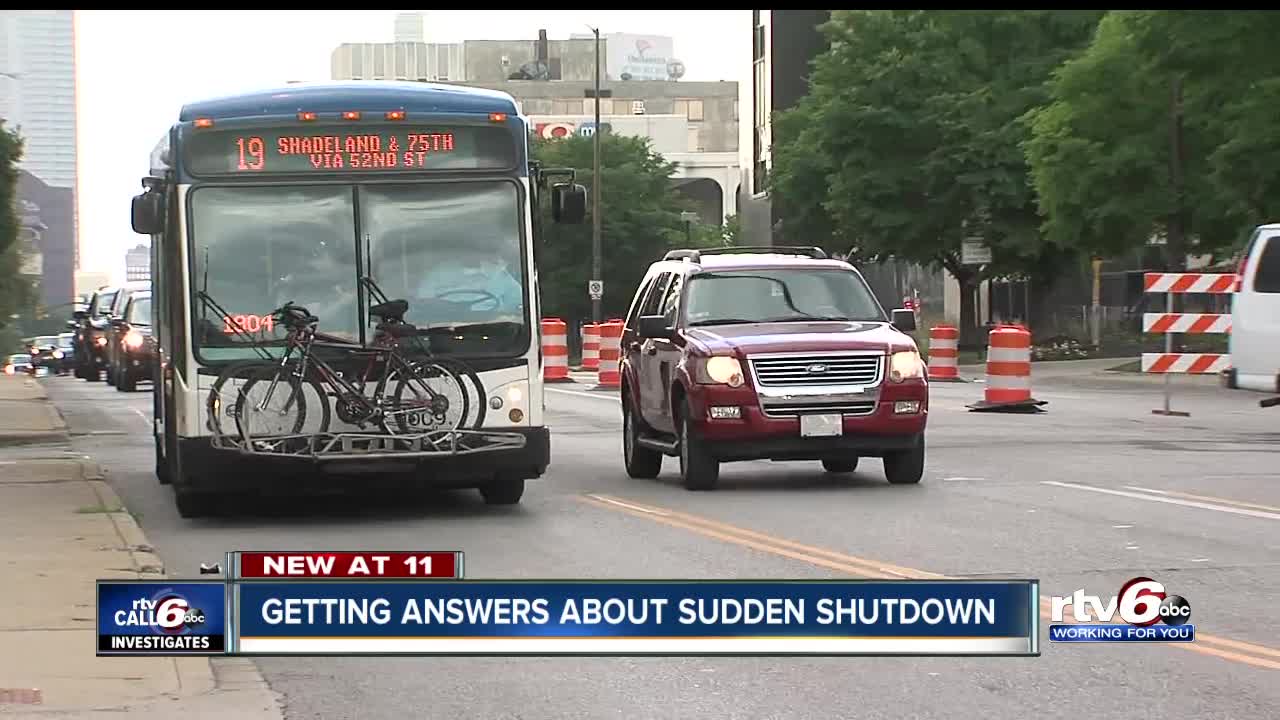 INDIANAPOLIS -- If you drive North Meridian Street as part of your normal route, you may want to look for a detour. Red Line construction will have a good portion of the road down to only two lanes for the next several months.

The two southbound lanes of Meridian Street between 18th and 38th streets (approximately two miles) are expected to be closed for up to two months while crews get the area ready for the Red Line to begin running next year.

They're working on improving drainage, fixing sidewalks, moving utilities and repaving that side of the street.

For the time being, there will only be one lane in each direction on Meridian Street.

Once construction is complete on the southbound lanes, crews plan to close off the northbound side and do the same thing.

These are the 8 locations where "No Left Turn" signs for the Red Line construction traffic management on the western half of Meridian Street from 18th Street to 38th Street will be placed:

The construction is part of a 13-mile IndyGo Red Line project that will stretch from Broad Ripple to the University of Indianapolis.

The goal is to increase local transit service by 70 percent.

IndyGo hopes to have this phase of the Red Line construction work done by the end of this year. The plan is for buses to begin running late in 2019.