Person crashes into northeast side apartment building after being shot 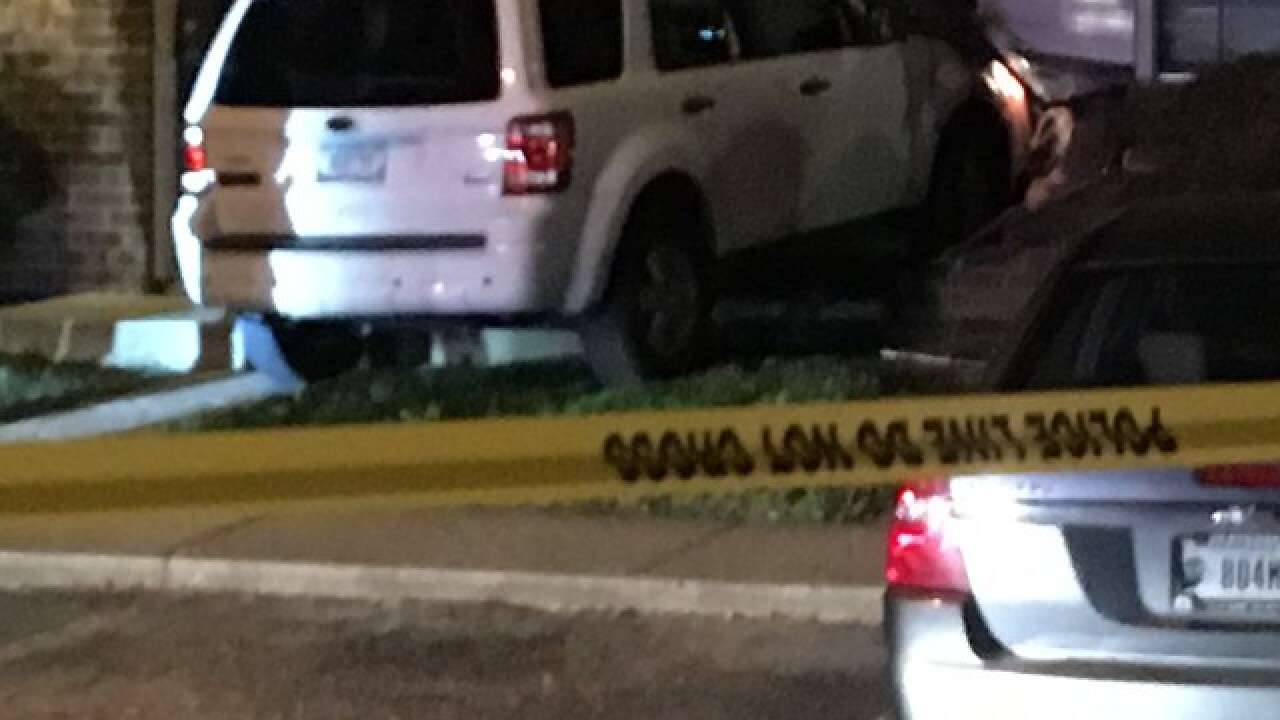 Copyright 2018 Scripps Media, Inc. All rights reserved. This material may not be published, broadcast, rewritten, or redistributed.
<p>A man crashed a car into an apartment building around #:30 a.m. on Saturday, September 30, 2018 after being shot. The victim was taken to the hospital and is in stable condition. <em>Jonathon Christians/RTV6 Photo</em></p>

INDIANAPOLIS -- A person crashed his car into an apartment building early Saturday morning on the northeast side of Indianapolis after being shot.

Emergency responders were called just before 3:30 a.m. to the 4000 block of Windhill Drive and found the car crashed into the residence.

The victim who was shot was transported to the hospital by medics and is in stable condition.

The identity of the victim or any possible suspects has not been released.

Anyone with information on the incident should contact Crime Stoppers of Central Indiana at 317-262-8477.