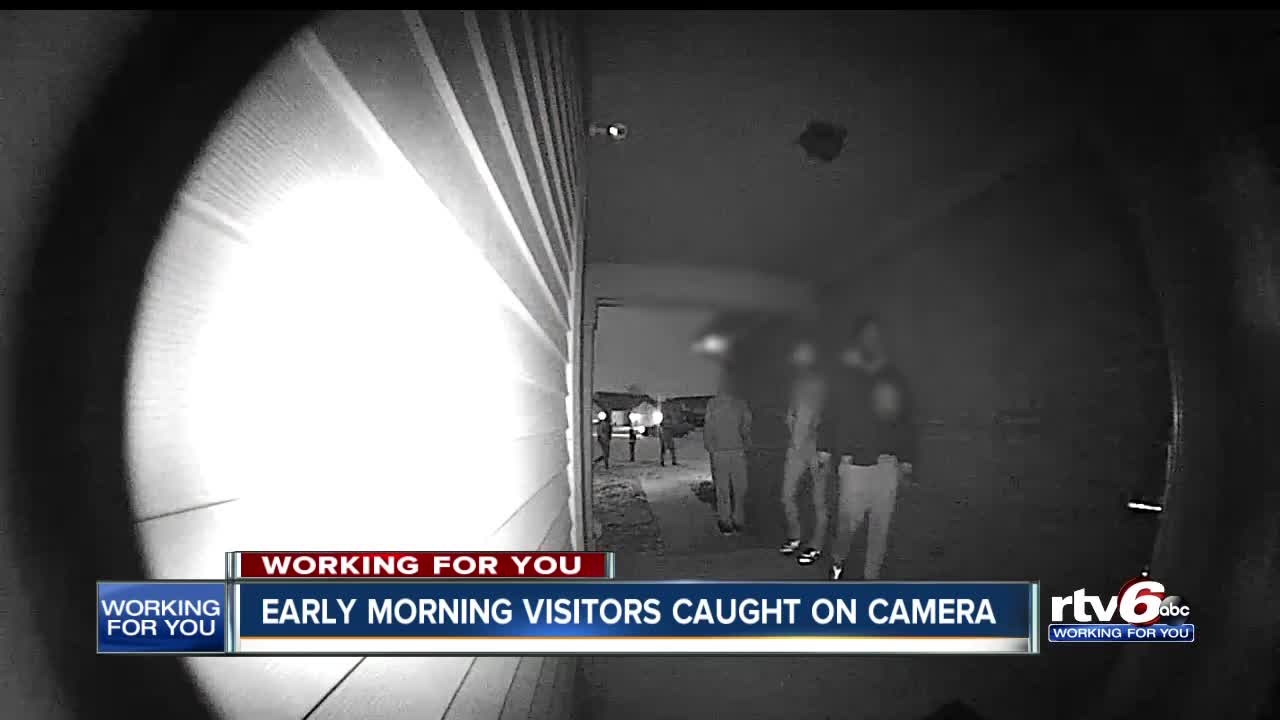 INDIANAPOLIS — At least five people walk up to a northwest side family's front porch in the middle of the night.

This may be a case where security cameras prevented a dangerous crime from happening.

A video (above) was posted to Reddit by the homeowner.

Five people got out of the car.

"I thought they were coming towards me and so I started my car up and I backed away," Beshai said.

Instead, they headed straight for his neighbor's door.

"Rang it, or did something, and then ran back towards the car," Beshai said.

But, you can hear the people as they notice the cameras and decide to leave.

“Oh there’s a camera,” one of the five said.

It's unclear what the people wanted, but the homeowner told RTV6 off-camera that he has no idea who they were.

"My first reaction was dang that is scary," Rita Browne, who lives nearby, said.

Browne said that the person who lived there before the current owners moved because of the break-ins.

Browne is thinking about moving herself. But for now, will take extra precautions.

"I’m going to make sure that my alarm is on every night before I go to bed. And my shotgun is coming out and going to be next to my bed," Browne said.