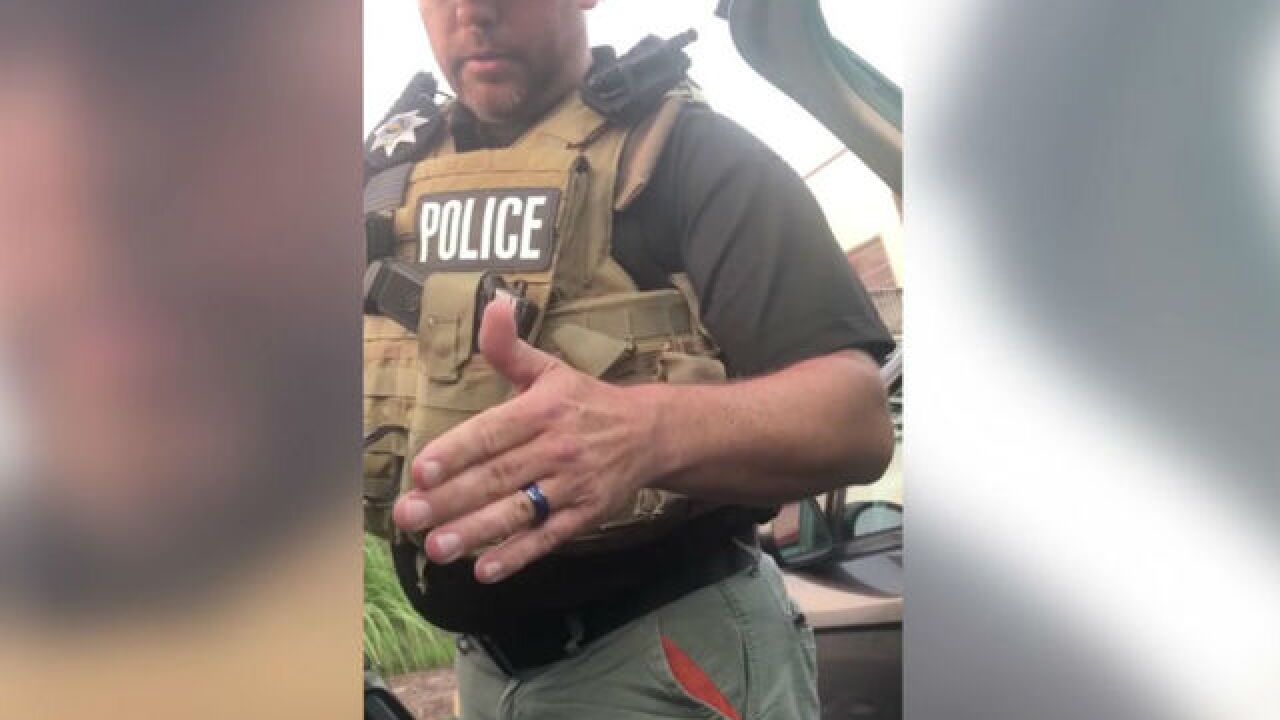 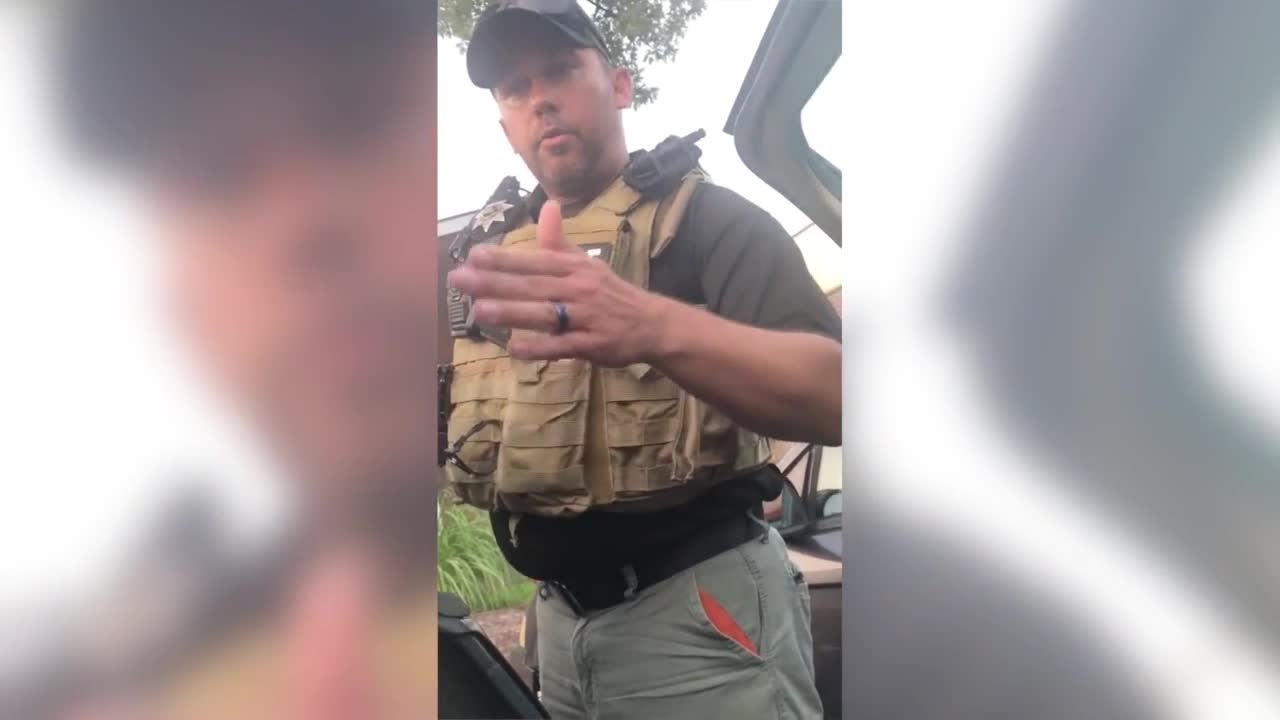 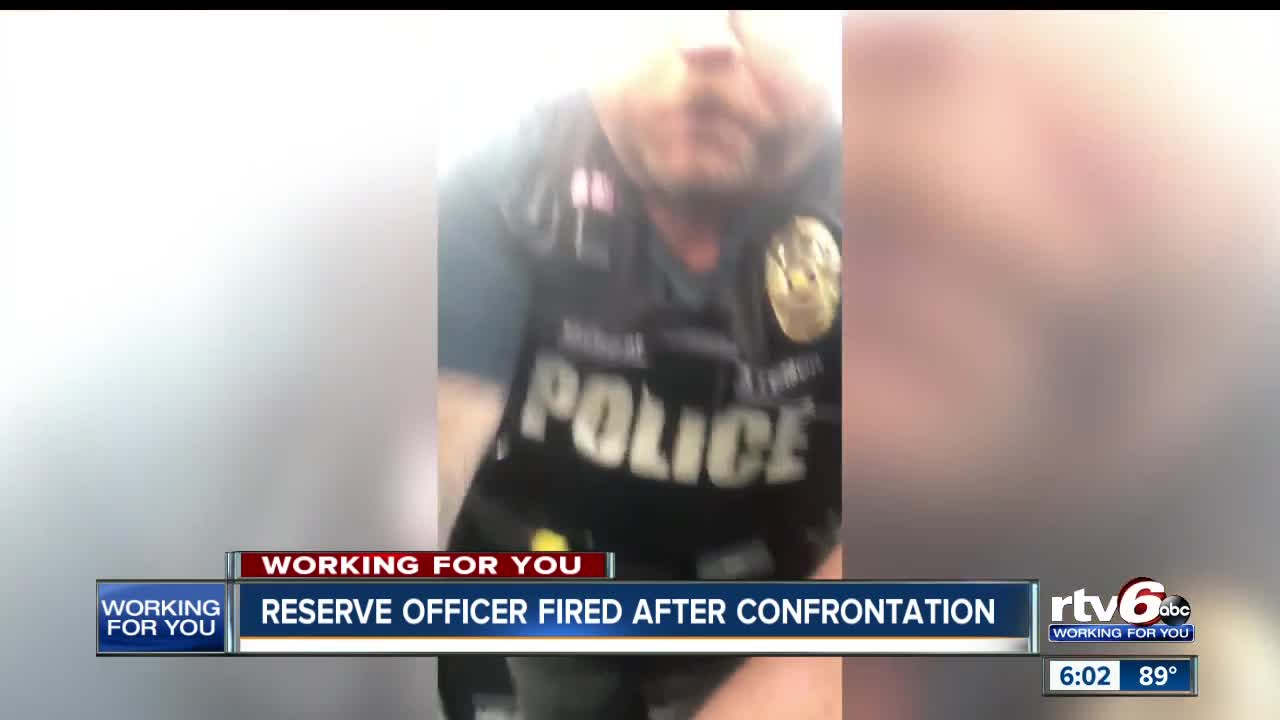 INDIANAPOLIS -- The officer involved in a confrontation at an Indianapolis apartment complex earlier this month is no longer with the Sheridan Police Department.

Jaquon Dean says he was sitting in his car outside his northwest side apartment on Aug. 18 when a security officer approached asking if he lived there. Dean says the officer demanded to know his name and called in backup when Dean declined to answer his questions.

PREVIOUS |  Man says he was profiled, assaulted by officers outside his Indianapolis apartment complex

Dean filmed his interaction with the officer, James Reynolds, who identified himself as a courtesy officer for the complex. Reynolds runs a security company, Reynolds Security Consulting Corp., out of Plainfield and was a reserve officer for the town of Sheridan. Sheridan Police Department Chief Robert Shock said he is no longer employed as a reserve officer. Shock declined to comment as to why he is no longer employed.

Reynolds is also running as a Republican candidate for Hendricks County Council.

The confrontation between Reynolds and Dean turned physical when two assisting officers from the Southport Police Department arrived.

The Southport Police Department released a statement on the incident, saying the officers responded to a call in the same apartment complex just a few hours earlier to assist IMPD on a stolen TV. The caller on the stolen TV said the suspect was somebody in the complex who is known to carry a gun. When the officers arrived, they couldn’t find anybody, but Reynolds went south to keep looking and saw Dean, who fit the description of the suspect.

“All three officers were legally there investigating a possible theft. They had every legal right to ask Mr. Dean’s (sic) for his identification, and to make sure he was a resident and not the suspect they were looking for earlier. Mr. Dean escalated the situation by refusing to follow a lawful order, at that time the officers had no other option but to place Mr. Dean under arrest.”

During the incident, Dean said Reynolds took the phone from his hand and threw it on the ground, then stepped on it to break it. Dean told police he believes he did that to destroy the video. Southport detectives spoke with the Marion County Prosecutor’s Office to see if any charges could be filed against Reynolds. There wasn’t enough evidence to support a criminal mischief charge against him, Vaughn said.

Dean was taken into custody and charged with resisting arrest and refusing to identify. Under Indiana law, when an officer believes you’ve committed a crime and you refuse to show ID, you’re committing another crime. But Dean says he wasn’t doing anything criminal in the first place.

RTV6 reached out to Reynolds last week, who said he couldn’t comment on an ongoing investigation. Call 6 Investigates was able to confirm that Reynolds was terminated from the Marion County Sheriff’s Office in 2013.

Dean claimed he was a resident of the apartment complex and shared mail with RTV6 that had his name and address listed on it, but the Southport Police Department says Dean is not on any lease and is not considered a resident.

“These incidents are always frustrating because they could always be handled better,” Vaughn also said in the release. “It is much easier to comply with the order, and then file a complaint if you feel the officer was wrong. We will look at our off duty policies to see what if anything needs to be changed, to try and eliminate these kinds of incidents in the future. Both Southport Police Officers action will be looked at on an individual basis to make sure all of our policies and procedures were followed. Even though I have not found where either officer violated any policies or procedures, his demeanor does cause me discord with our standard of community policing. I expect the utmost professionalism out of my officers at all times.”