Husband dead, wife critical after their car was hit while turning into church parking lot 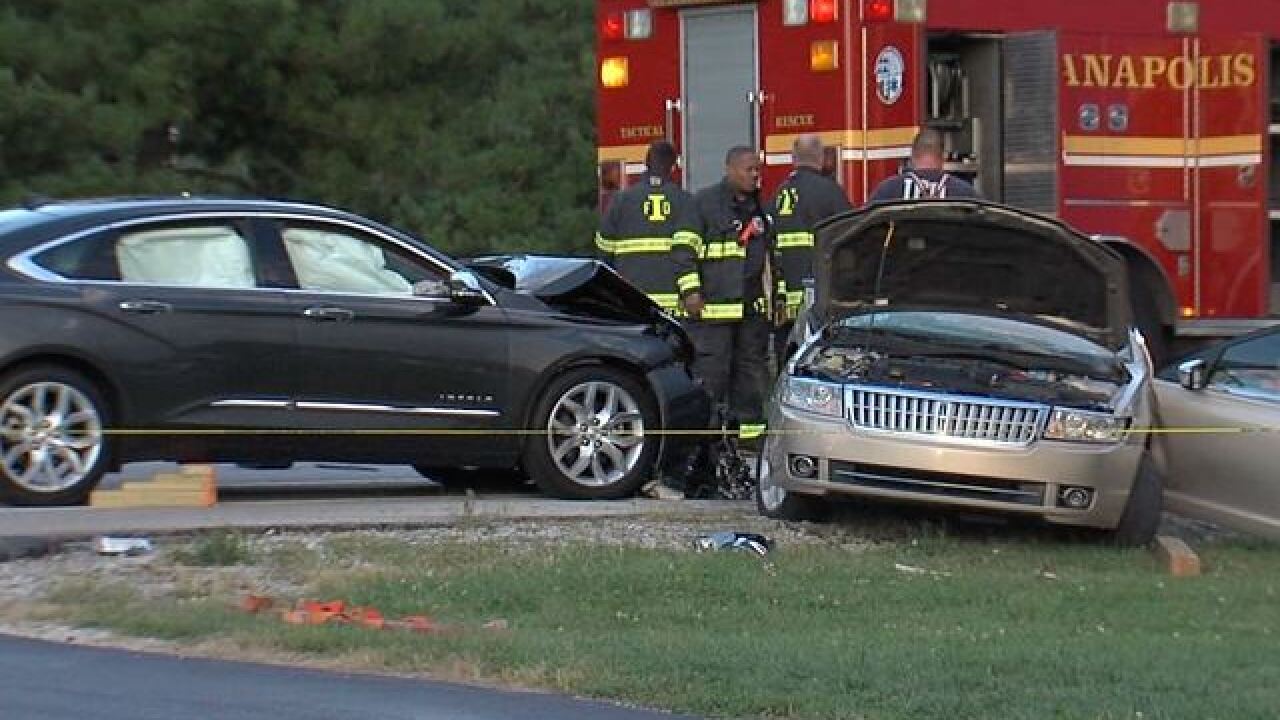 INDIANAPOLIS -- A man is dead and his wife is in critical condition after their car was hit while they were pulling into a church parking lot on Indianapolis' southeast side on Saturday.

The crash happened just after 5 p.m. on Southeastern Avenue.

Indianapolis Metropolitan Police Department officers at the scene say the older couple were pulling into the parking lot of a church when their car was t-boned by another vehicle. The husband, a man in his 70s who was in the passenger seat, was pronounced dead at the scene. The wife was taken to Methodist Hospital in critical condition. No names have been released.

Police say a woman and her two children were in the second vehicle along with another adult. All four of them were taken to the hospital with non-life threatening injuries.

The accident remains under investigation by the Indianapolis Metropolitan Police Department.