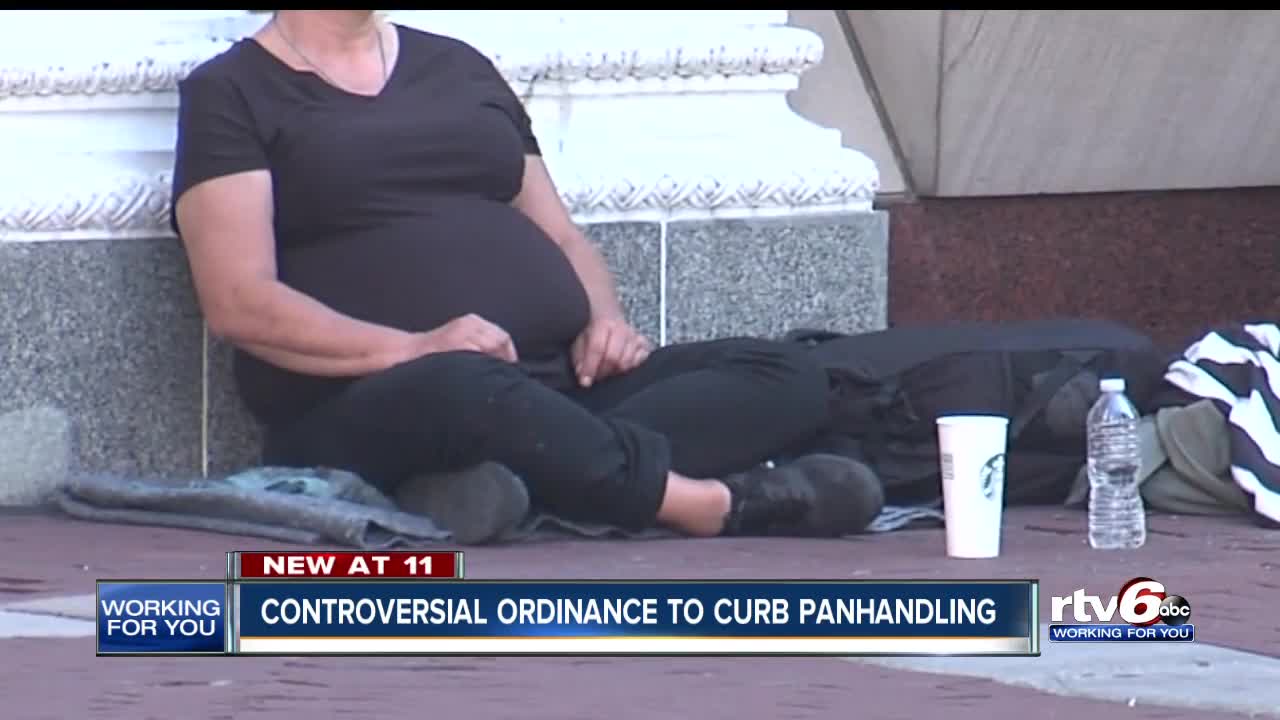 Dozens of people showed up at Monday’s meeting to oppose the “sit and lie” ordinance, calling it an attack on the city’s homeless population. 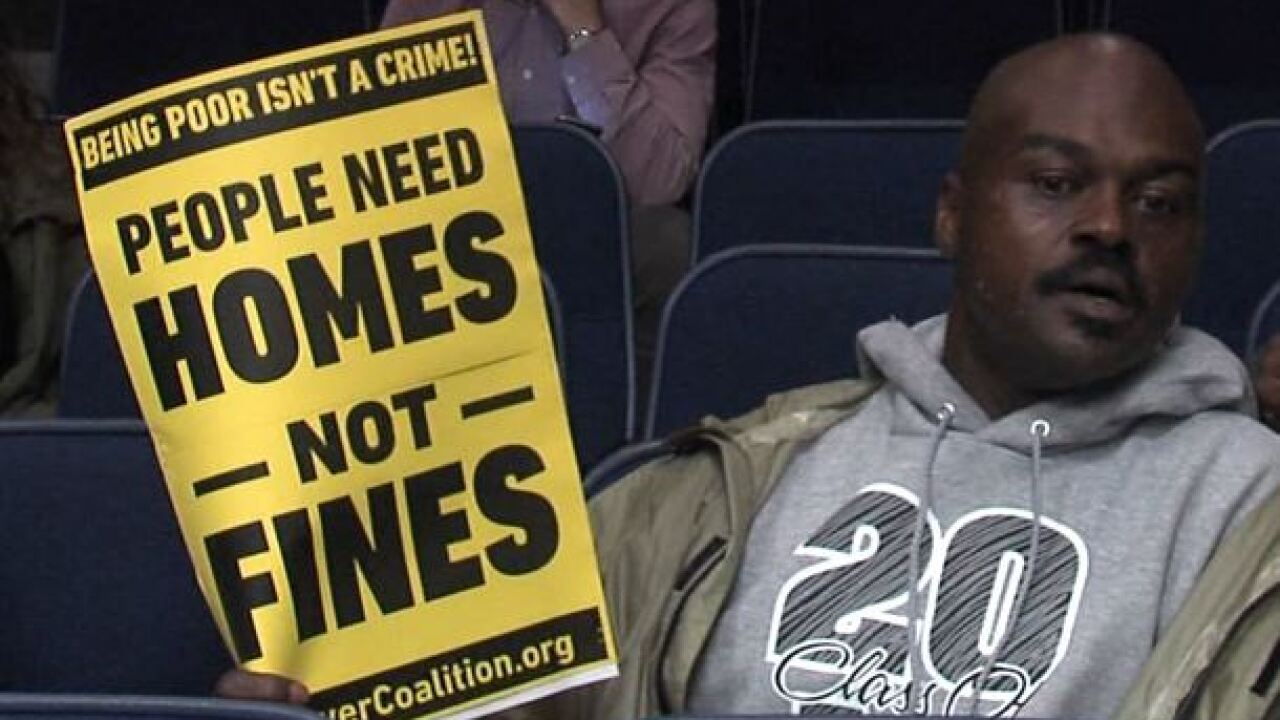 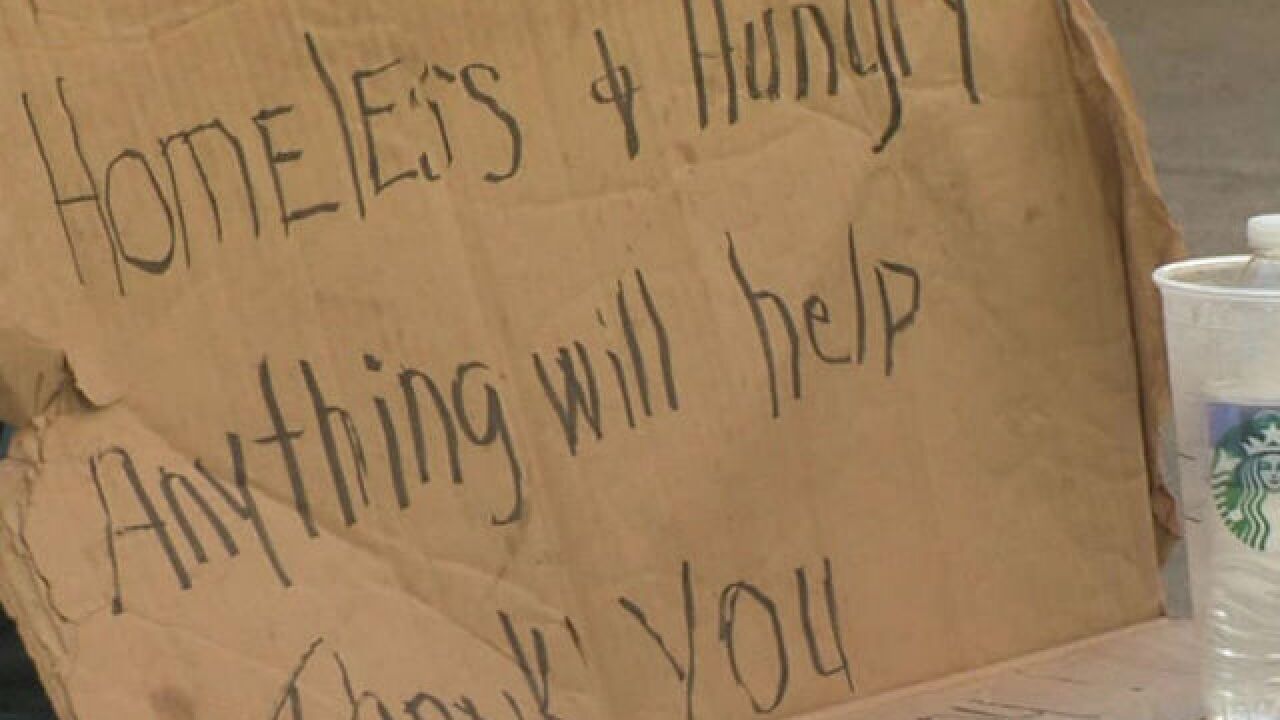 Many, including dozens of people who showed up at Monday’s meeting, are calling the proposed “sit and lie” ordinance an attack on the city’s homeless population.

City-County Councilors listened to the terms of the proposed "sit and lie" ordinance for the first time Monday night.

READ | When panhandling is illegal in central Indiana

The ordinance would prohibit people from sitting or lying on city streets and sidewalks between 6 a.m. and midnight in the downtown mile square area.

“Over the last four or five months there’s been a great uptick in the number of complaints and concerns or people who just don’t feel safe when they’re walking in downtown Indianapolis,” said City-County Council Minority Leader Michael McQuillen.

When the proposal was introduced at Monday’s meeting, opponents in the audience stood up and turned their back on the council members.

“We are showing up as a community to say no to this city ordinance that’s trying to be passed,” said Tony Davis. “That criminalizes our brother and sister, guised under a safety and protection ordinance to the community.”

Davis says he showed up to “shame” the idea. He says it’s time to look at the root of the issues that produce so many panhandlers instead of criminalizing them.

McQuillen, who drafted the ordinance proposal, said it’s not an attack on the homeless.

“I just feel it’s important that we have a conversation about making people feel safe and if there are people who are aggressively panhandling, they should be dealt with,” said McQuillen. “No one should be laying or sitting on our streets.”

City-County Councilor Zach Adamson agrees that the number of panhandlers on the streets is growing, but he believes that there are other ways to address the issue – and help those who need it.

“Without addressing the root causes, we’re only pushing them under the rug and out of sight,” said Adamson.

The Indiana University Public Policy Institute has been looking into the panhandling issue in downtown Indianapolis. Its recent survey found that 96 percent of panhandlers identified themselves as being homeless.

That same report found that 53 percent of panhandlers reported panhandling as their sole form of income and 86 percent said they use their earnings to buy food.