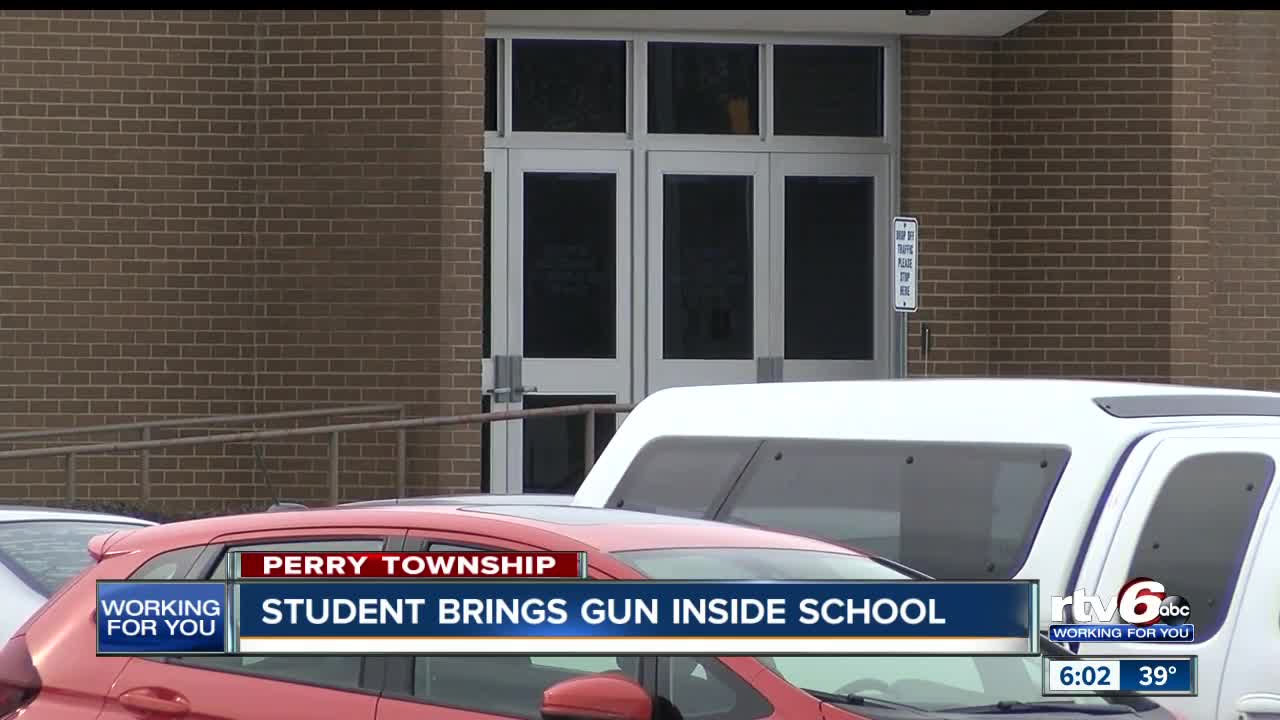 INDIANAPOLIS — Perry Township parents are concerned after a student showed up at Perry Meridian High School, after hours, with a gun on Monday night.

After class dismissal, the student was seen with a gun in his waistband.

Eventually, security cameras captured the gun on the student's waistband, and police were notified. The police arrested the student.

"My heart sank. It's a little scary because I drop kids off to go to after school activities," said a mother of three children in Perry Township Schools.

All three children are heavily involved in after school sports and activities, the mother said. She was terrified to hear a student was actually able to bring a gun inside.

"Just knowing that somebody got into the school with a gun - they know what they were going there for - just tons of things running through my head," the mother said.

The student entered the school building a few minutes after dismissal. The doors typically remain locked through dismissal, but other students let him in as they were exiting, a district spokesperson told RTV6.

The student had already left campus when police located him. He was taken into custody - as federal law prohibits weapons on school property.

Now, parents are questioning the safety of students after class lets out.

The district told RTV6 the doors are unlocked to accommodate evening events, always locking them afterwards. But this parent says she has a better idea.

"I would love metal detectors to be right to there when you walk in," she said.

RTV6 explored that option. As part of our school safety initiative in September, RTV6 learned that Perry Township Schools accepted 20 handheld metal detectors from the State.

Each of the ten full-time and nine part-time school resource officers, has one in their patrol cars and each school received one, as well.

"It's sad to say that my son is getting ready to enter kindergarten in the Perry district next year, that he would have to walk through a metal detector," the mother said. "It's sad but it's the world that we live in. So to keep them safe we need to do what we need to do."

The district encourages students and staff who see anything to call their safety hotline: 317-789-3905.

RTV6 has looked into safety plans of many schools in central Indiana in the past.