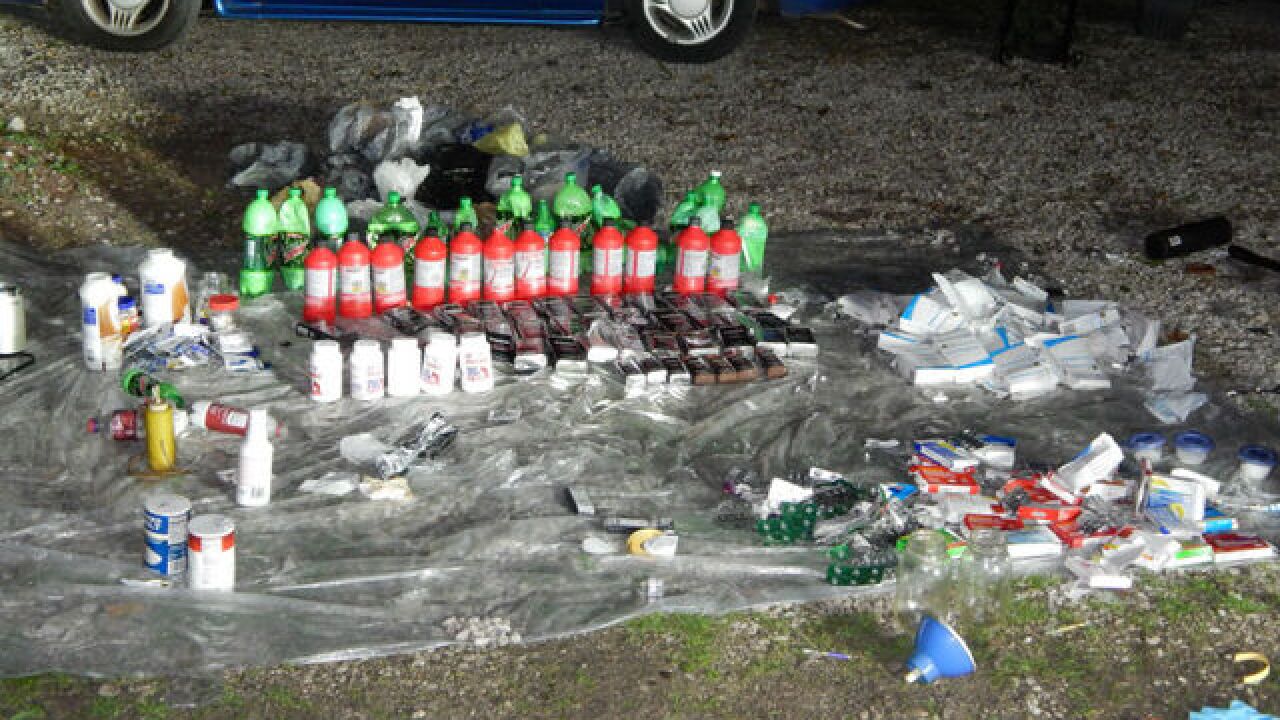 INDIANAPOLIS (AP) - State police say the number of methamphetamine labs found in Indiana dropped by more than half last year.

The agency says police reported 371 meth labs around the state during 2017, down from the 943 found in 2016. The total for last year is about one-fifth of the 1,808 meth lab incidents around Indiana during 2013, when the state topped the country in such reported seizures.

State laws have cracked down on the availability of pseudophedrine, a cold medicine that's a major ingredient in homegrown meth.

But state police say some of the meth lab drop is because of the increased flow of meth into the U.S. from other countries and a growth in heroin abuse.