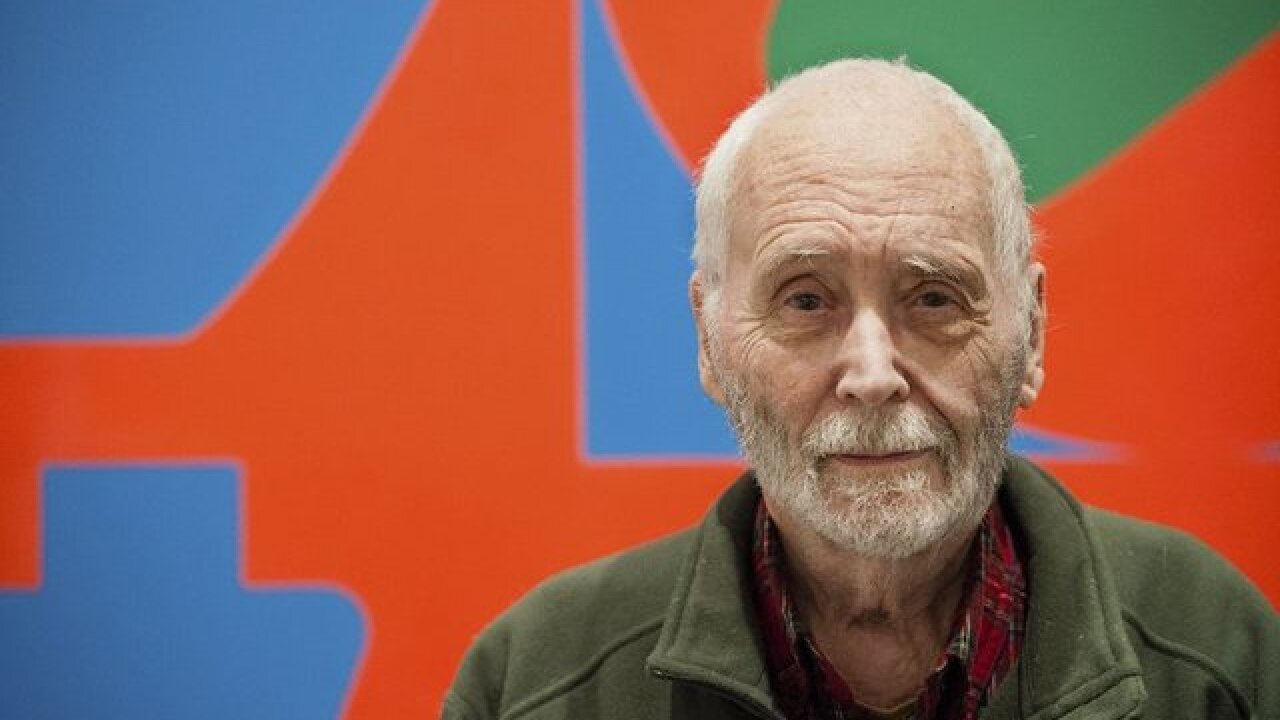 Copyright 2018 Scripps Media, Inc. All rights reserved. This material may not be published, broadcast, rewritten, or redistributed.
Associated Press

PORTLAND, Maine (AP) — The state medical examiner was unable to determine the cause of pop artist Robert Indiana’s death, but the death was not deemed suspicious, a spokesman said on Friday.

Indiana’s death likely was cardiac-related, but the official cause and manner of death are both listed as “undetermined,” medical examiner’s spokesman Mark Belserene said.

“Because of initial concerns regarding (Indiana’s) death it is ruled ‘undetermined’ and may be changed should any new information be determined in the future,” Belserene said in a statement. “However any suspicion of foul play was investigated and ruled out.”

Indiana’s “LOVE” series, showing the letters L and O above the letters V and E, with the O tilted sideways, is instantly recognizable around the world. The artist died on May 19 at age 89 at his Vinalhaven Island home 15 miles (24 kilometers) off the mainland.

Indiana’s attorney maintains that he died from respiratory failure and that hospice care was provided in his final month in keeping with his request to be kept free of pain and to die at his home.

“Under these circumstances, it was extremely frustrating to me as his attorney that his body would be removed from the funeral home and subjected to an autopsy,” attorney James Brannan said on Friday.

An FBI agent investigating possible art fraud related to Indiana requested the autopsy. A federal lawsuit filed in New York accuses two men of insinuating themselves into Indiana’s life and taking advantage of him in his final years.

Friends had expressed concern for the reclusive artist’s well-being because he had not been heard from for some time.

The lawsuit, which was filed the day before his death, suggested he was purposefully isolated at his island home by his caretakers. It seeks damages for trademark infringement and breach of contract.

Indiana, who was born Robert Clark in the state of Indiana, moved to Maine four decades ago after leaving behind the art scene in New York.

His will calls for his home and studio, which he dubbed the Star of Hope, to be transformed into a museum and for his art collection to be preserved and open to the public.

Brannan, the attorney, declined to place a dollar figure on the artist’s estate. Based on the court filing fee, the value of the estate is estimated to be upward of $28 million.

A hearing is scheduled for Aug. 15 in Knox County Probate Court to sort out various assets belonging to Indiana. An inventory of assets is due to be completed by the end of August, Brannan said.