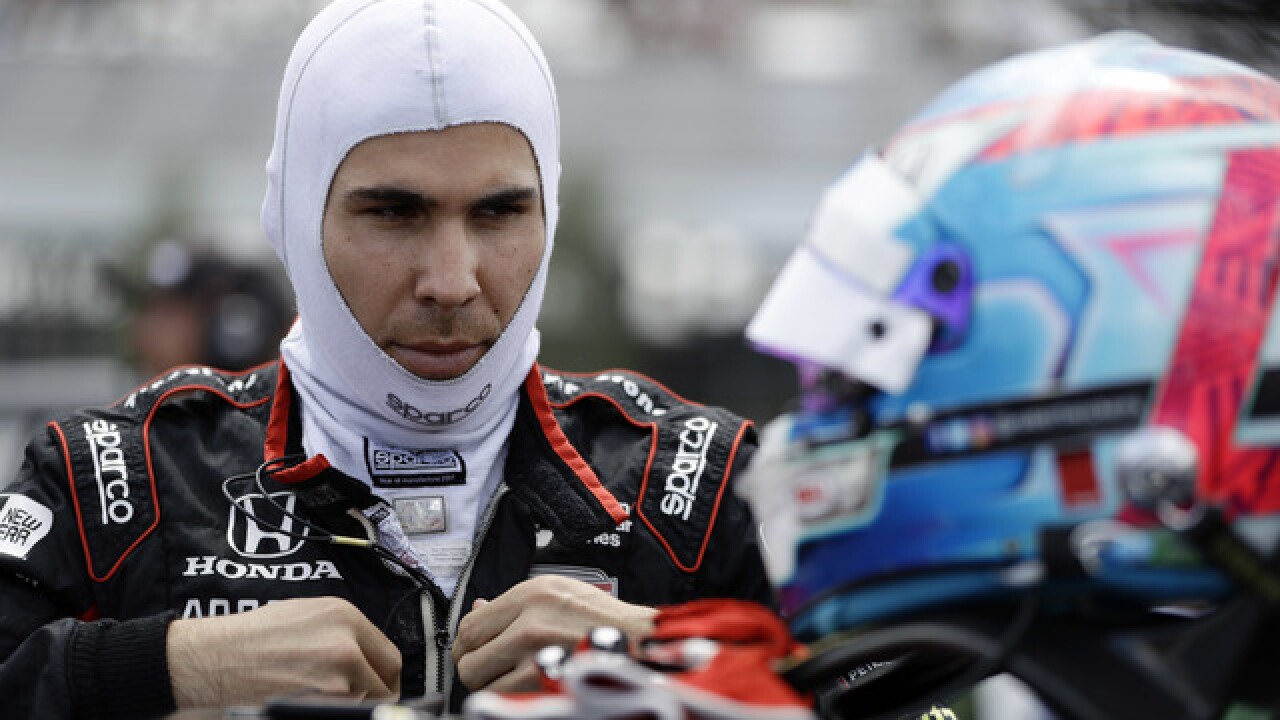 LONG POND, Pa. (AP) -- Robert Wickens went soaring into the fence at Pocono Raceway in a scary wreck that brought the IndyCar race to a halt.

Wickens connected with Ryan Hunter-Reay and shot into a 360-degree spin into the fence. The fence was destroyed and part of Wickens’ Honda scattered over the track.

Hunter-Reay, James Hinchcliff and Takuma Sato were among the drivers involved in the wreck.

Hinchcliff seemed to be in pain, grabbing his wrists as he slowly left his car.

The race was red flagged and drivers were allowed out of their cars.