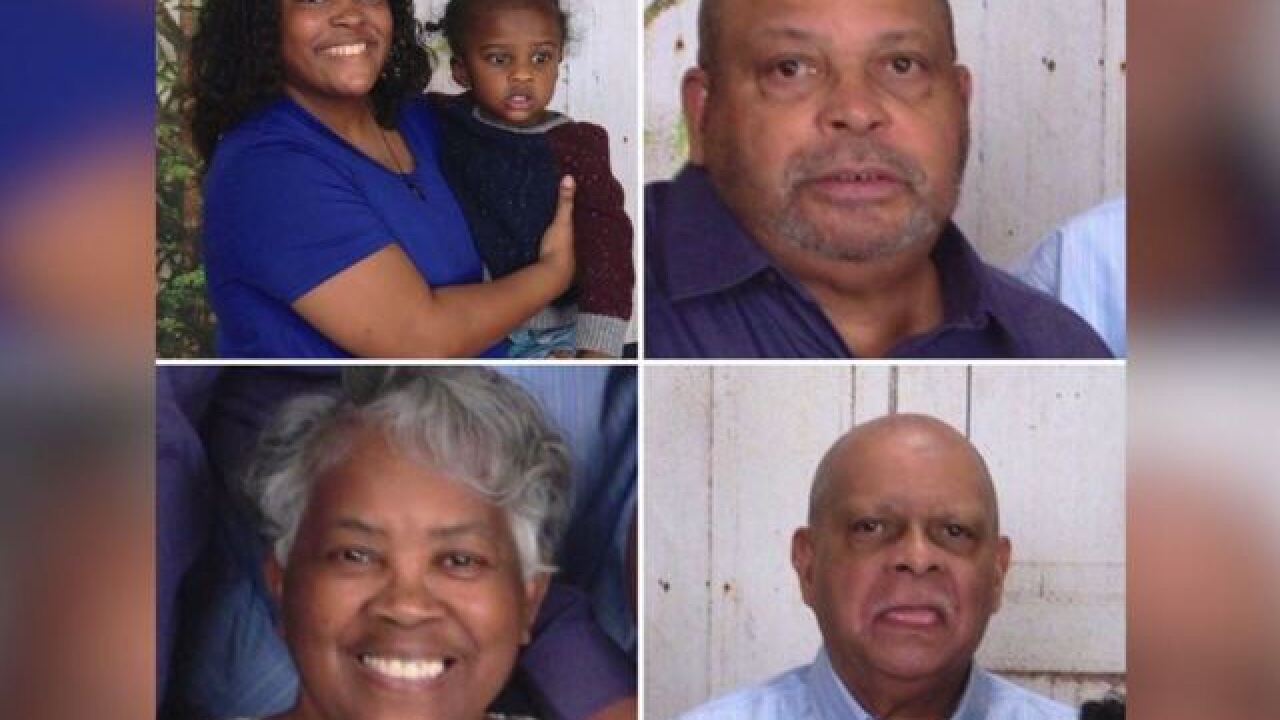 INDIANAPOLIS -- The remaining five members of the Coleman family who were killed in a tragic duck boat accident in Missouri were to laid rest Saturday.

The funeral for Maxwell, 2, Angela, Belinda, Horace and Ervin was held at Eastern Start Church on Cooper Road in Indianapolis.

WATCH THE FULL FUNERAL IN THE VIDEO BELOW

In total, 17 people were killed when a duck boat in Branson, Missouri when it capsized during a storm.

Tia Coleman and Donovan Hall, 13, were also on the duck boat that capsized in Missouri. They are the only survivors of the Coleman family. Both attended the funeral on Saturday.

Governor Eric Holcomb and Indianapolis Mayor Joe Hogsett were among those who attended the service.

"The Coleman family story of faith and love has gone global," said Gov. Holcomb. "I struggled to process the why and the why now."

Funeral program released for five members of the Coleman family. Four others were laid to rest yesterday @rtv6 pic.twitter.com/KXiJnC9Muj

Tia Coleman's husband, Glenn, and her three children, Reece, 9, Evan, 7, and Arya, 1, were laid to rest on Friday.

You can watch the full celebration service for them below.

The National Transportation Safety Board released new information Friday about the fatal accident.