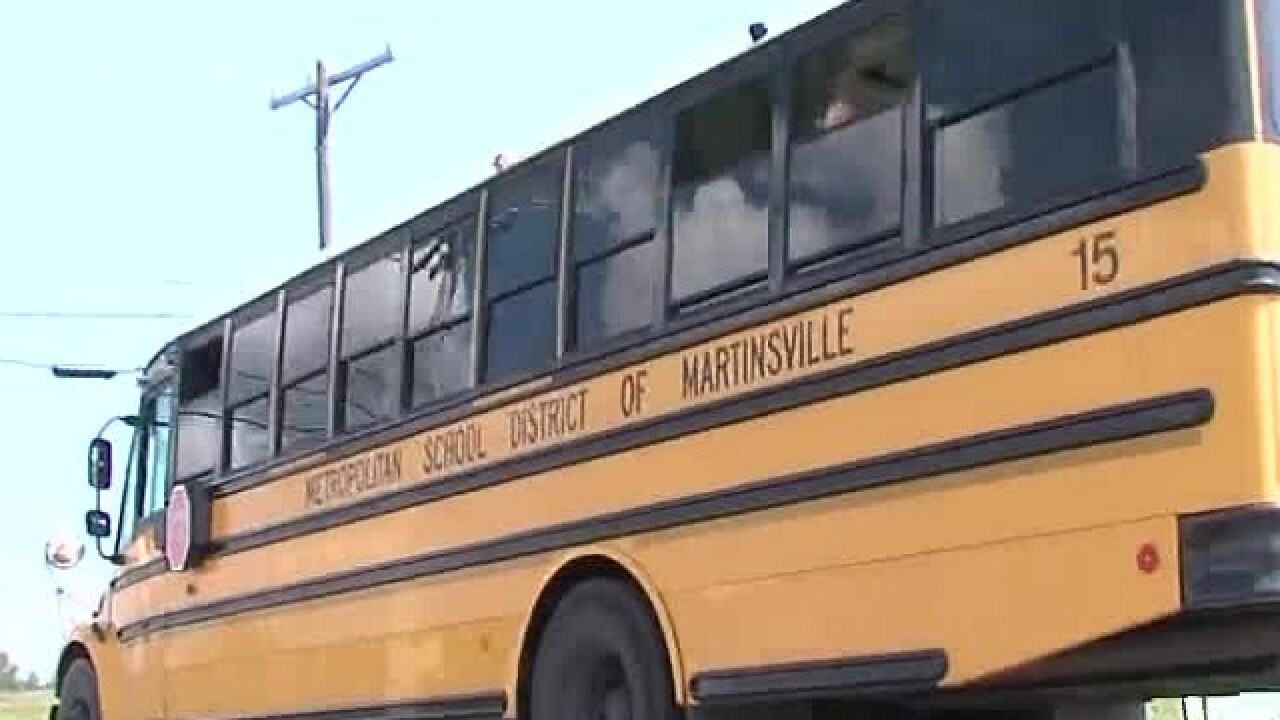 MARTINSVILLE, Ind. -- Martinsville schools didn't want to share their safety plans, but parents who have children in the district have their own strong and diverse views on how schools should be safeguarded.

"It makes me nervous.  It makes me want to homeschool," says Megan Milness who has two school-age children, an 8-year-old daughter, and a 6-year-old son.

This school year there was a safety challenge on her daughter's school bus. According to Milness, a boy brought a 12-inch combat knife onto the bus.

"It wasn't geared toward our daughter," said Milness. "But it increased awareness in our home."

Milness believes the school district handled the incident properly, but it prompted her to buy a bulletproof backpack for her daughter. She says the backpack, which cost about $200, can be used as a shield to stop bullets and knives.

Jayne Burke, spokeswoman for the district, issued the following statement: "Due to the seriousness of child safety for our district we will refrain from disclosing our safety plan to the press."

Trish Brown, who has a 14-year-old stepson who attends school in the district, would like to know more about the district's plan.

"I'd like to know that they have a full safety plan in place if something happens.  I'd like to see them do drills with the students ahead of time," said Brown.

Those comments come with the backdrop of rising fears about school shootings, especially in light of last year's shooting at Noblesville West Middle School.

Brittany Walker has a son who is an 8th grader in the Martinsville district, thinks teachers should be armed.

"Teachers should be armed.  They should be taught to defend themselves," said Walker.

When asked if she feared a teacher might accidentally discharge a gun Walker said, "No, not at all, as long as they are safely taught, and right classes and measures are taken, they should be fine."