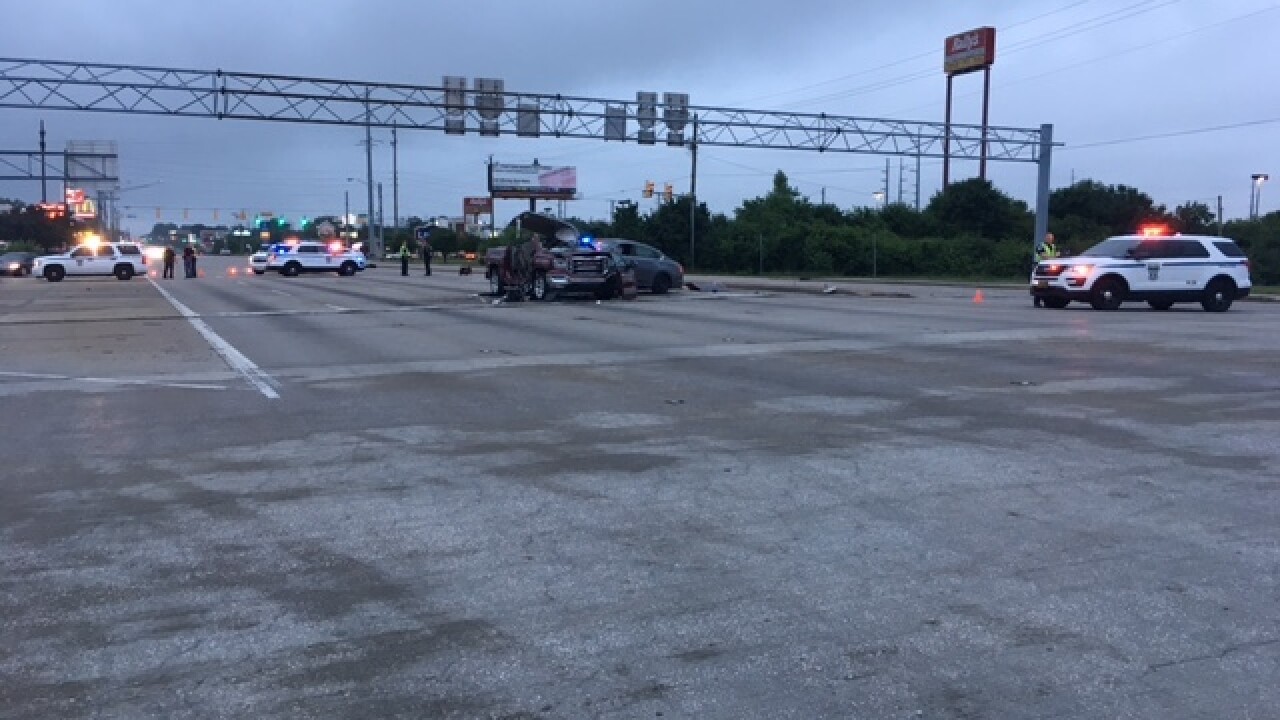 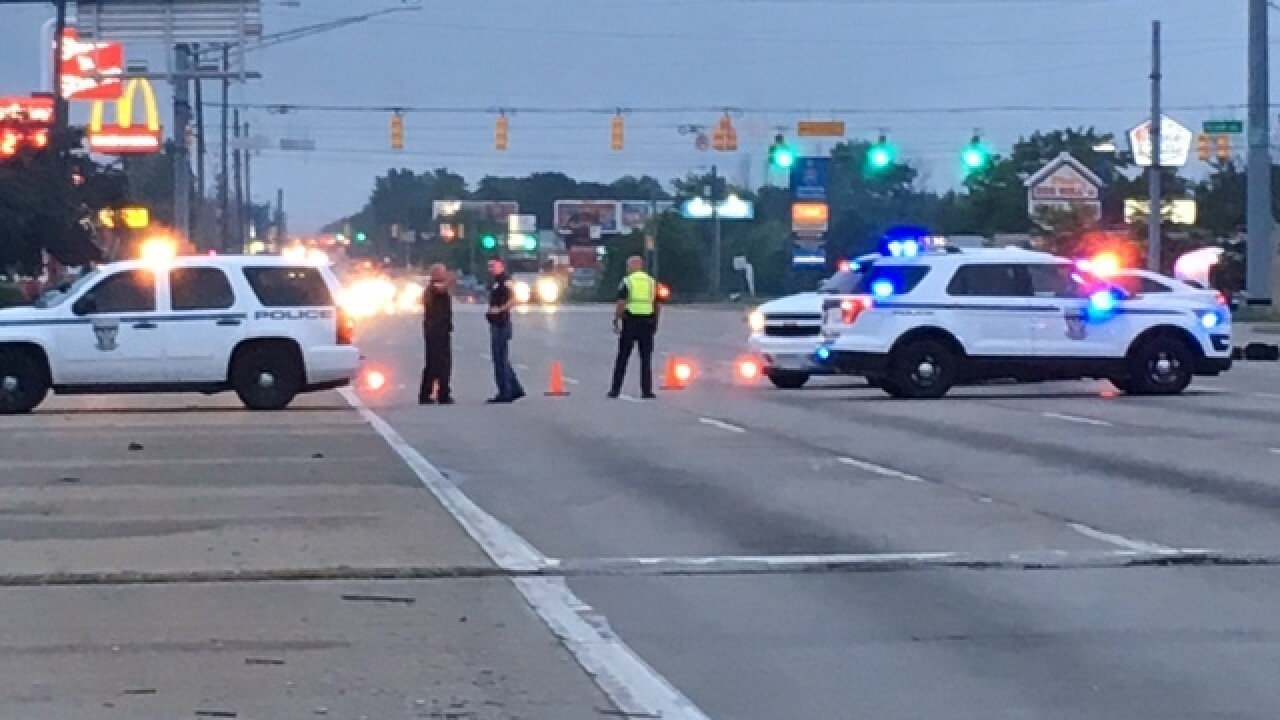 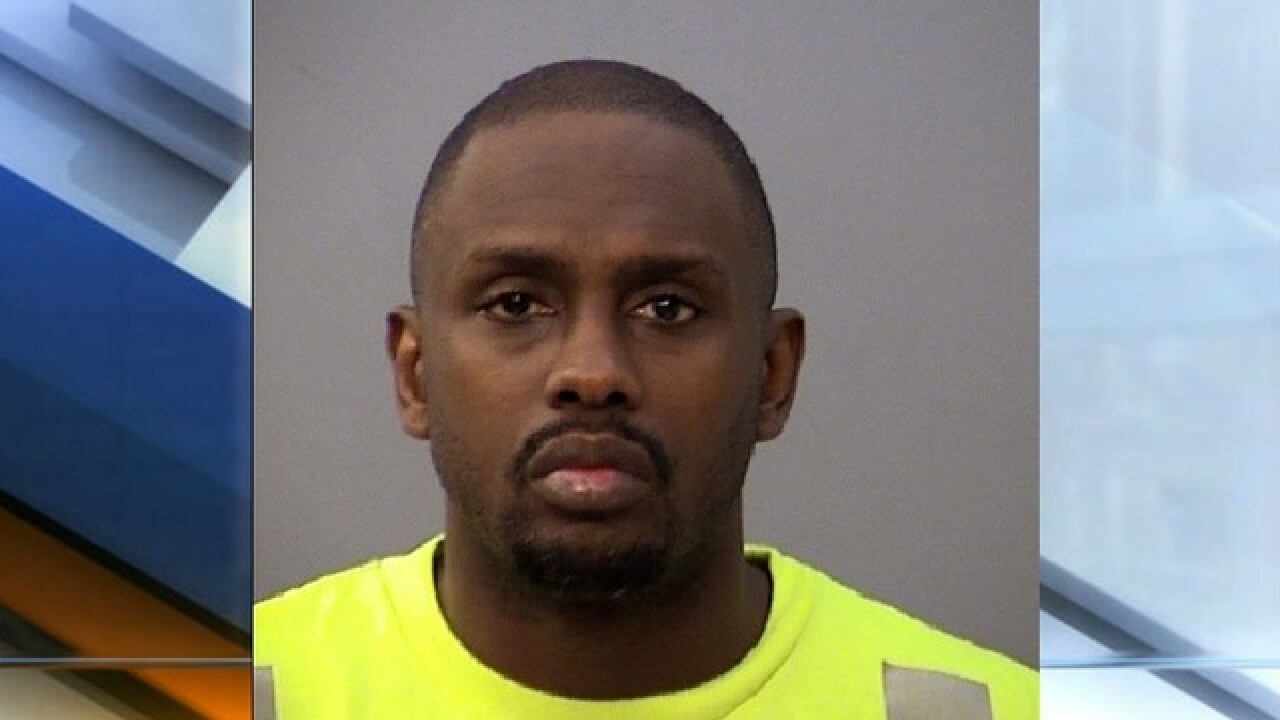 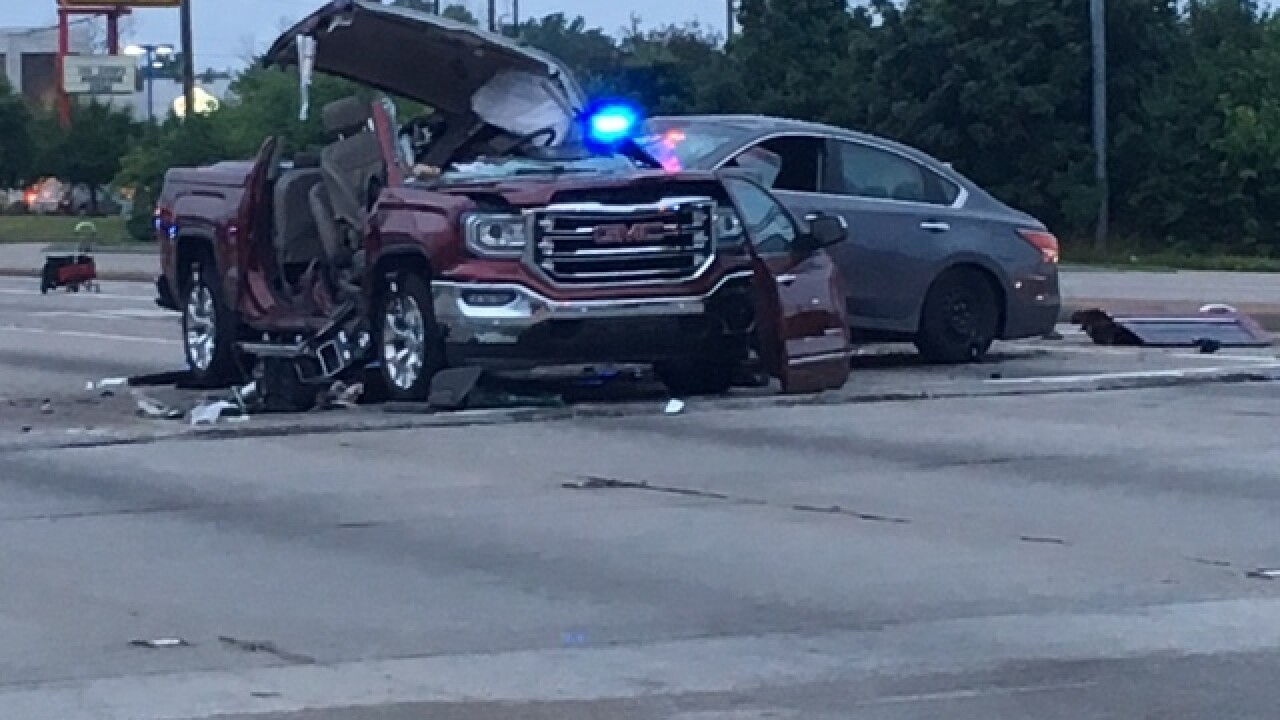 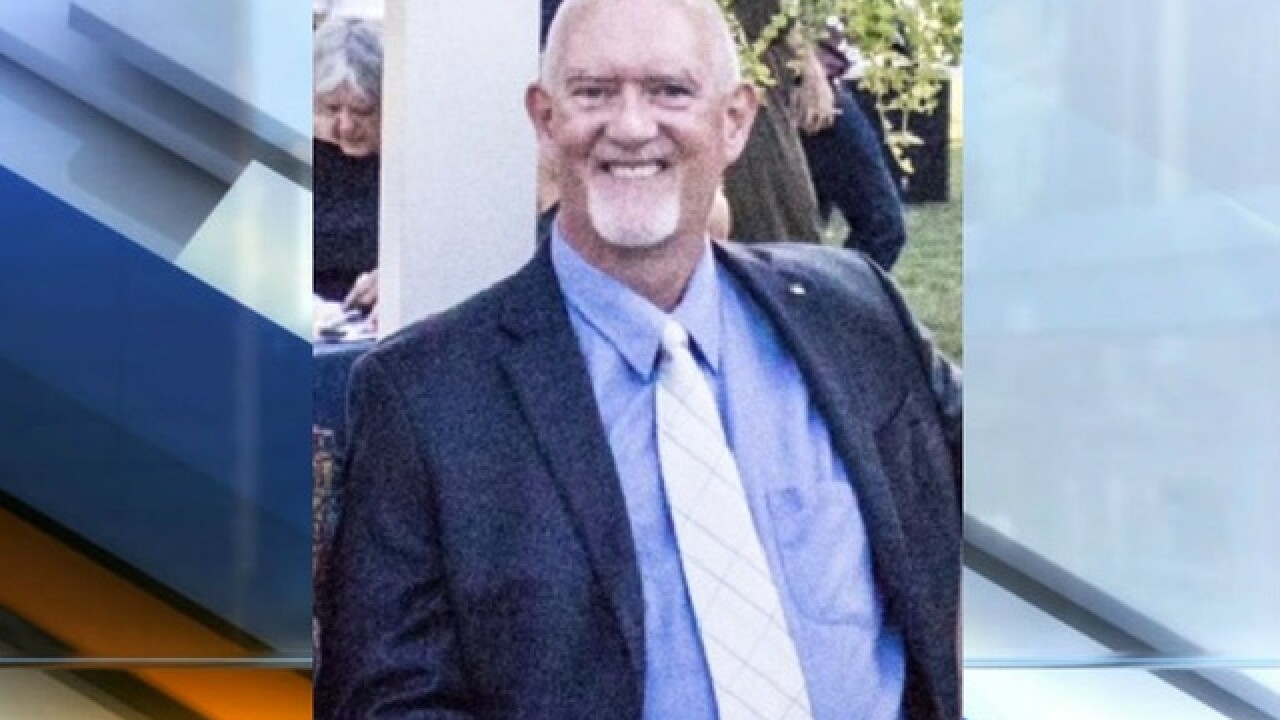 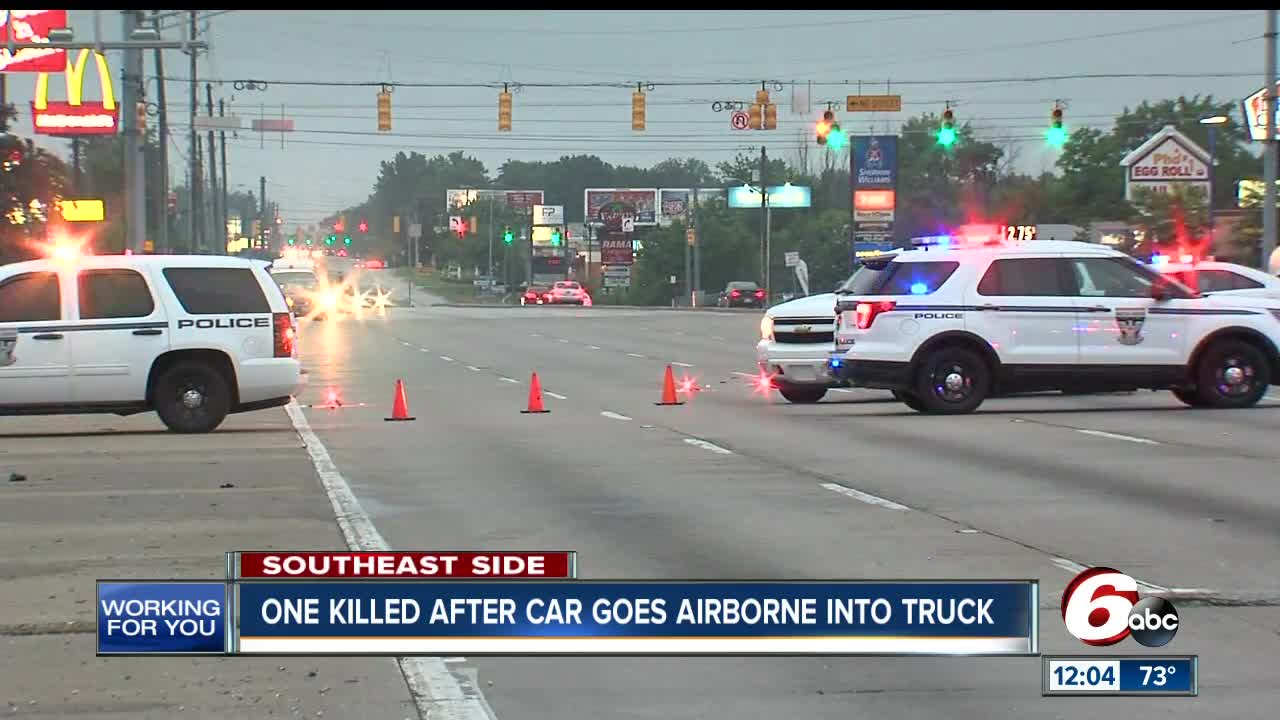 INDIANAPOLIS -- The victim of a deadly crash on Indianapolis' southeast side has been identified.

The collision happened just before 5 a.m. Friday at Emerson Avenue and I-465, near Beech Grove.

The Indianapolis Metropolitan Police Department says a silver Nissan was traveling eastbound on I-465 and exited onto Emerson Avenue. It then went airborne and struck the driver's side of a red GMC pickup that was stopped at a traffic light.

The driver of the GMC truck was killed. He was identified Wednesday as 56-year-old Joseph Looney by the Marion County Coroner.

Police arrested Aaron Henry last Friday after he was released from the hospital.

He's facing a preliminary charge of causing death when operating a motor vehicle while intoxicated, according to investigators.