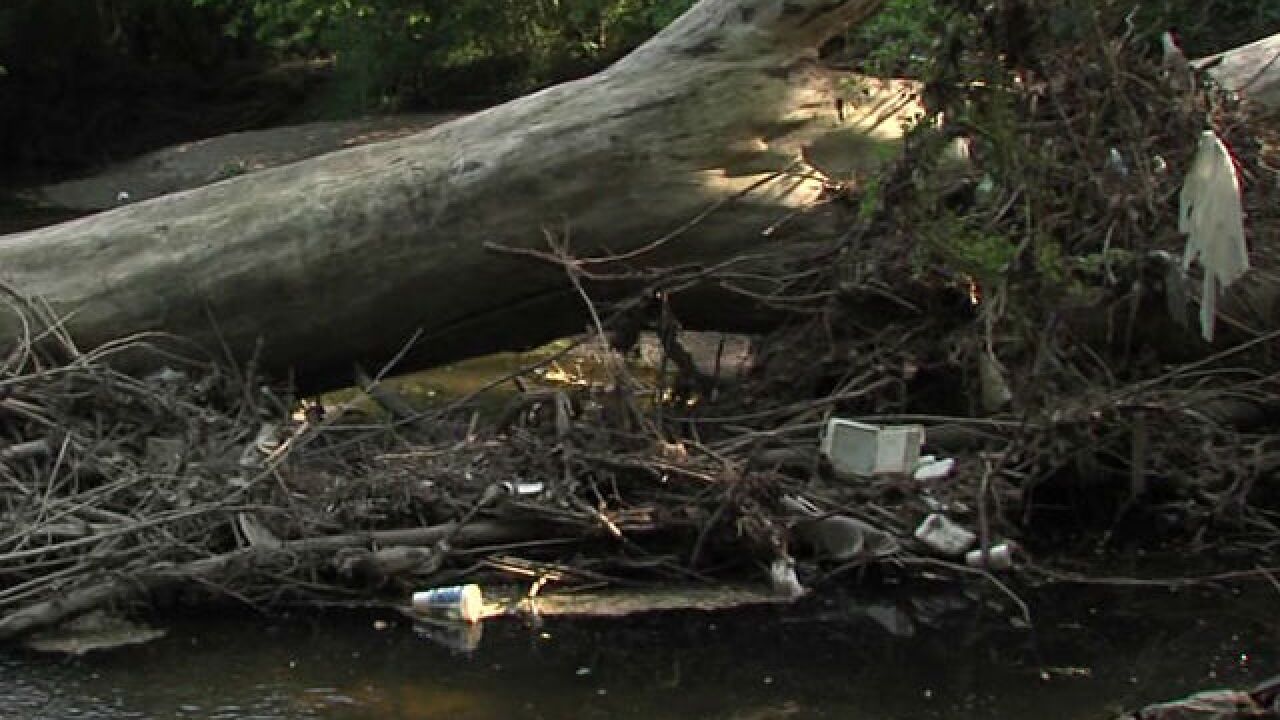 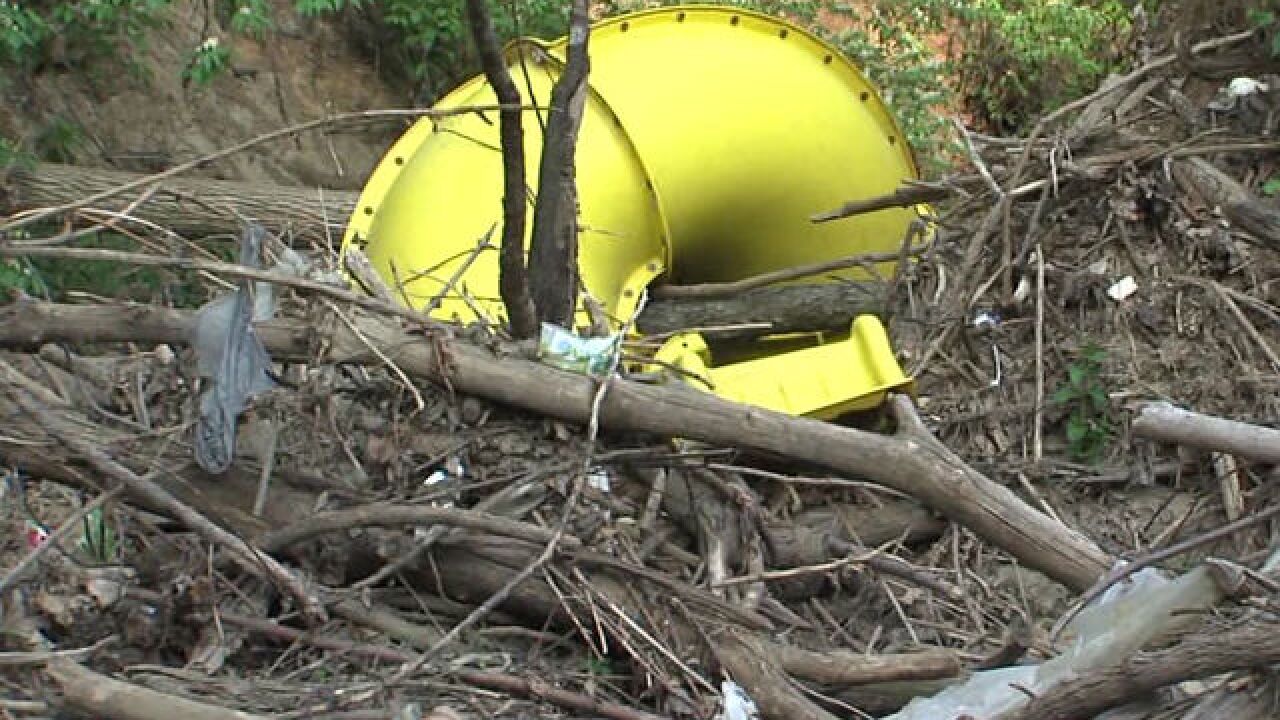 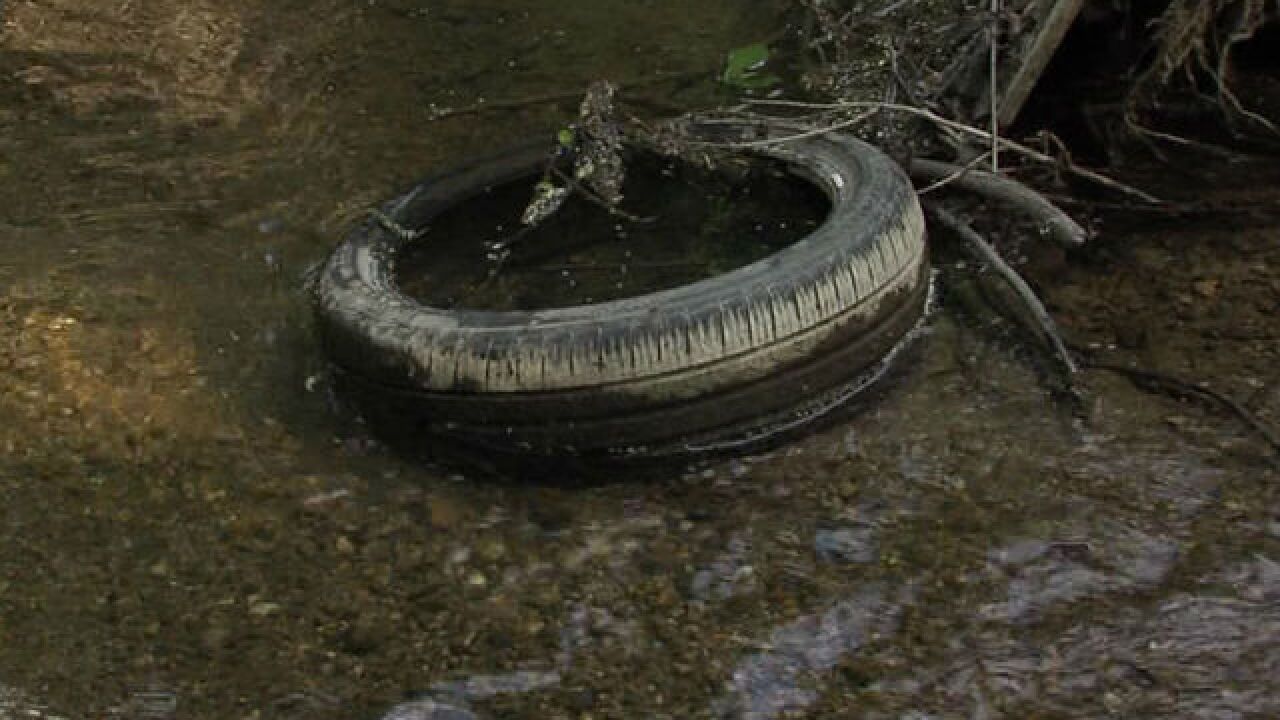 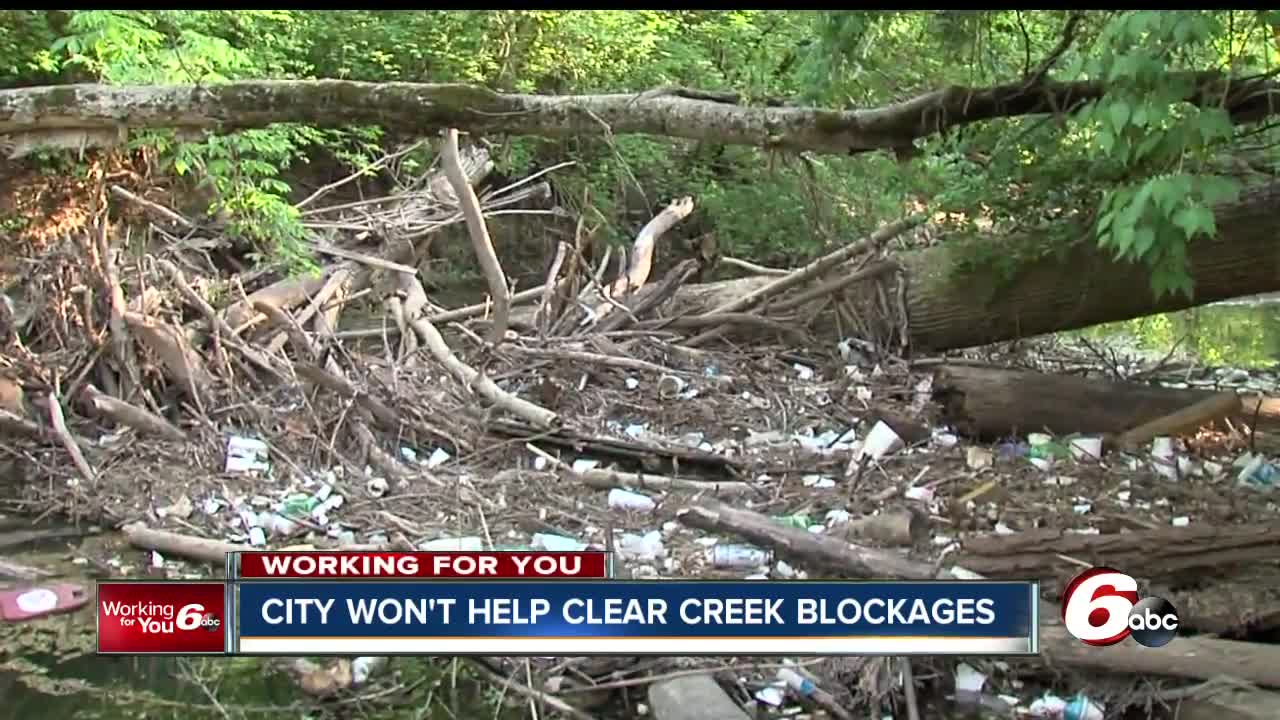 INDIANAPOLIS -- In a southwest-side creek called State Ditch, a major blockage has formed, made up of trash, playground equipment, and shopping carts. Indianapolis officials say it's the responsibility of private property owners to clean up.

In April, Kenneth Warden came home after recent heavy rainfall to find his house sitting dangerously close to a creek bank due to erosion. He reached out to the Department of Public Works, which told him that it's his responsibility to rebuild the bank.

So Warden walked along State Ditch to see if there were any issues making the flooding worse. He found several blockages in the creek.

"From my house to Superior Road, I found seven total blockages," Warden said.

All the blockages were found within about a mile of his house.

DPW issued a statement about the blockages, saying, "The issue pertaining to the log jams has been determined to be strictly on private property." This means they won't be cleared by the city.

"This is unbelievable," Warden said. "This blockage right here has basically created a grand canyon in this area."

Warden is circulating a petition to try to get something done.

His neighbor, Nora Brawner, signed the petition. Brawner has been neighbors with Warden for 45 years.

"His yard washed away and it will be another yard in another big rain," she said.

Warden's issues are a warning to anybody buying property near a creek. If a parcel of land you want to buy includes a creek, you could be on the hook for any problems that happen there.

"I probably can't build a protection high enough behind my house to compensate for what I found by hiking this creek," Warden said.