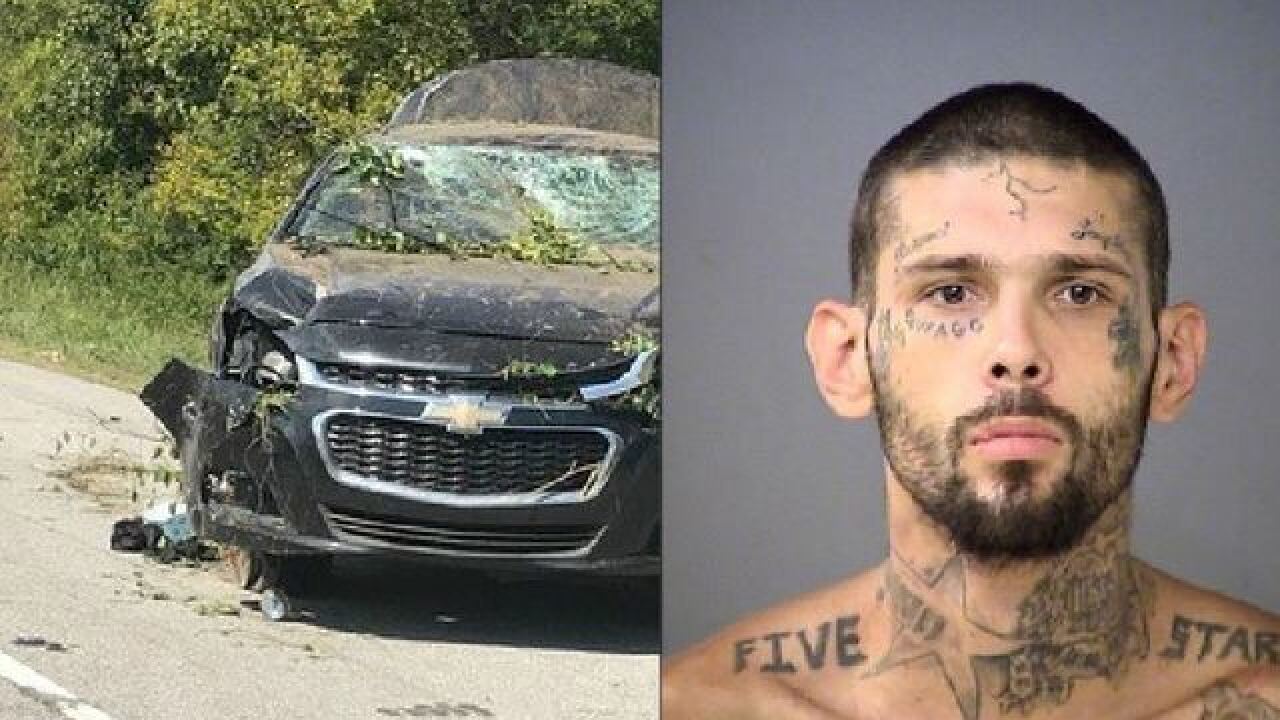 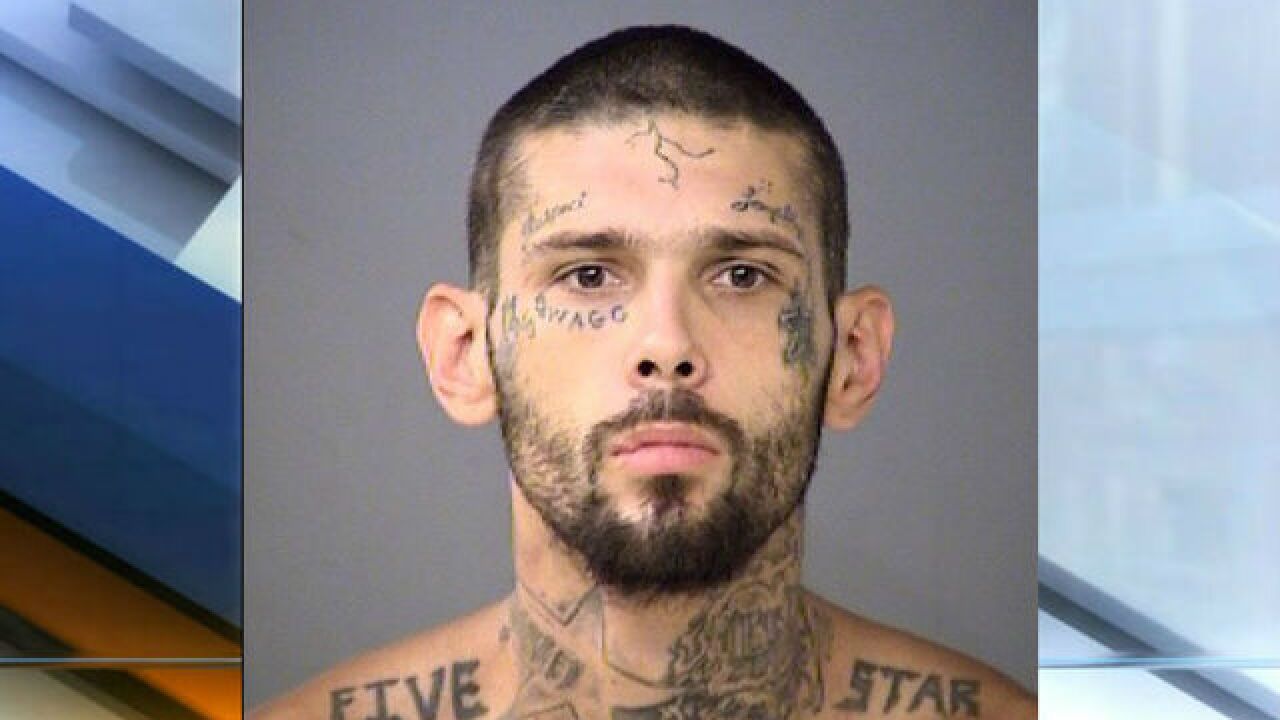 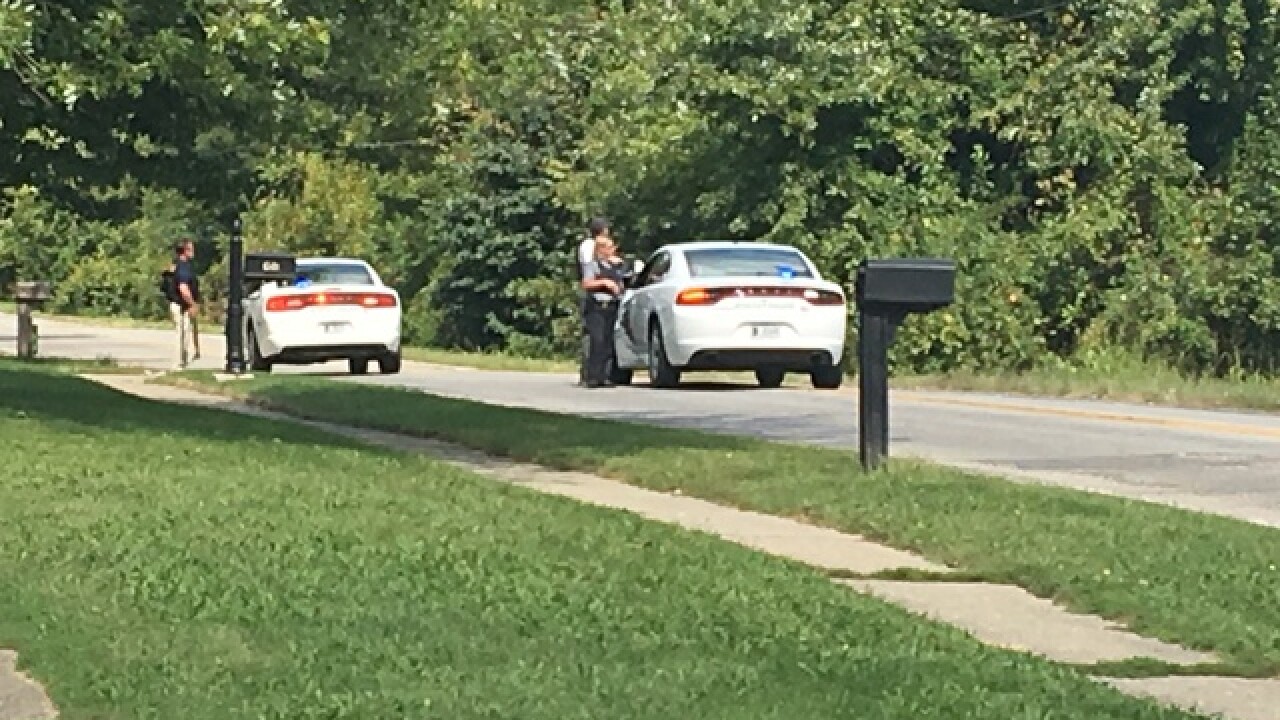 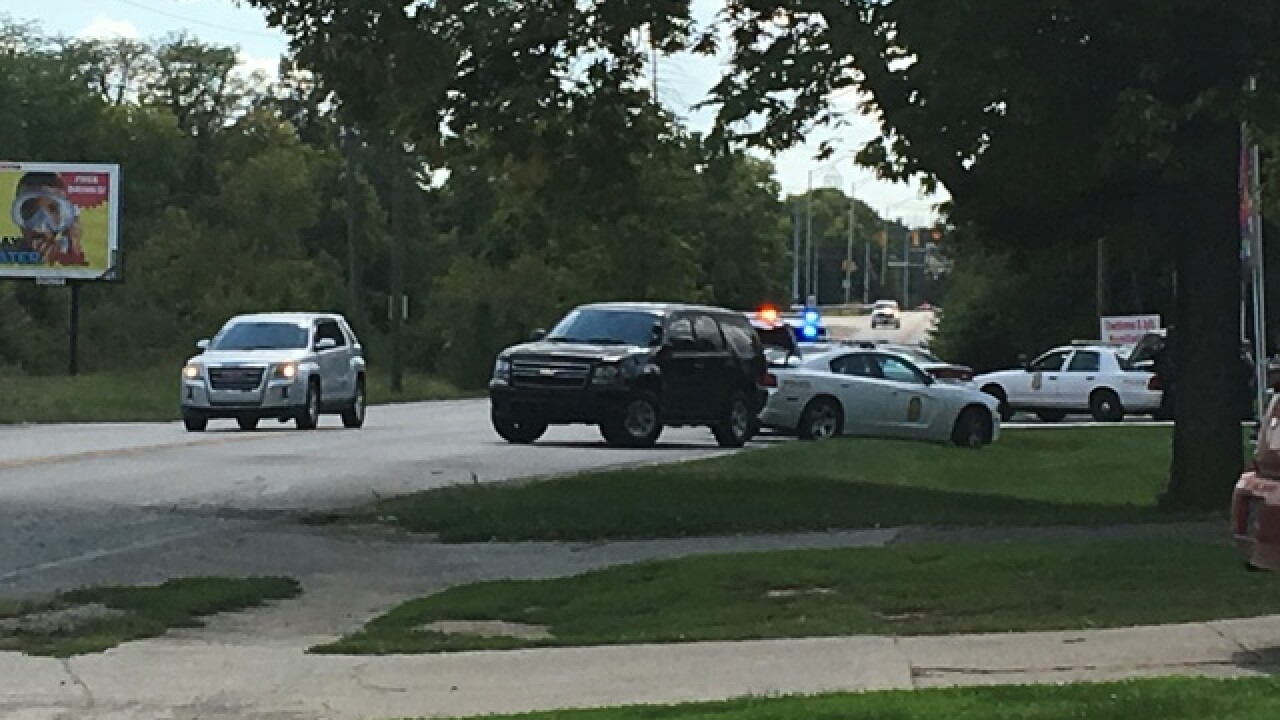 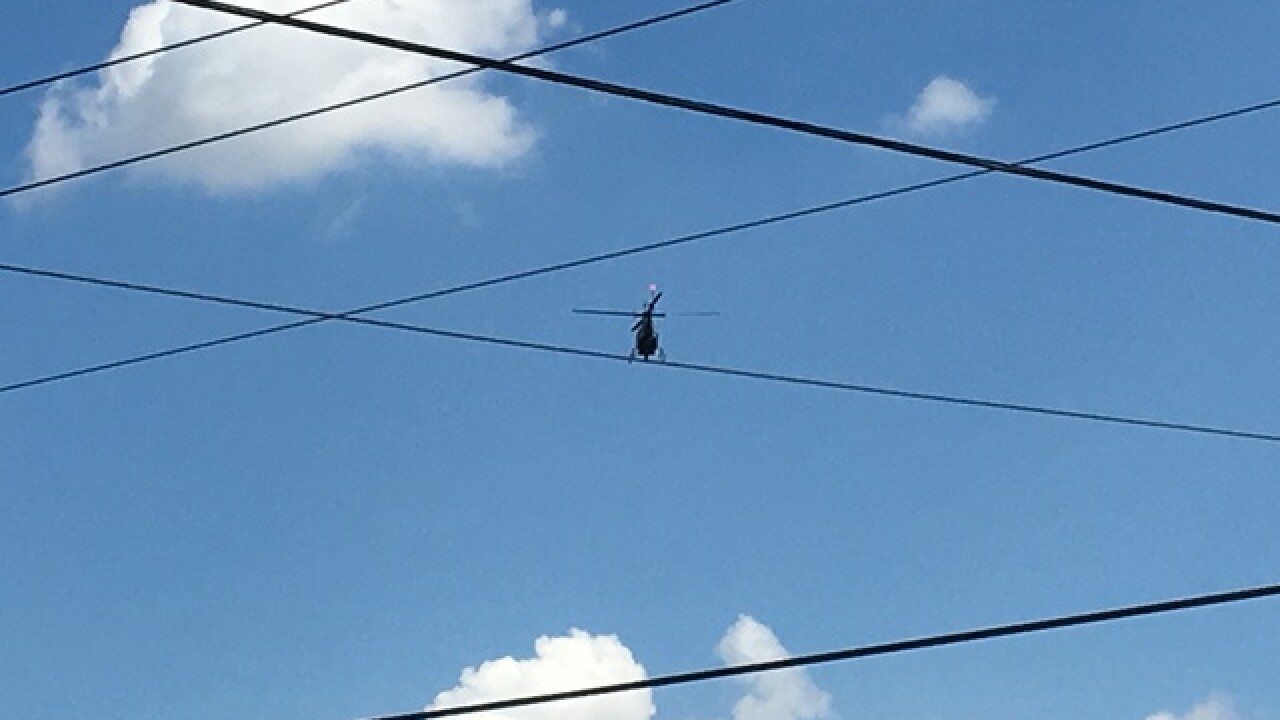 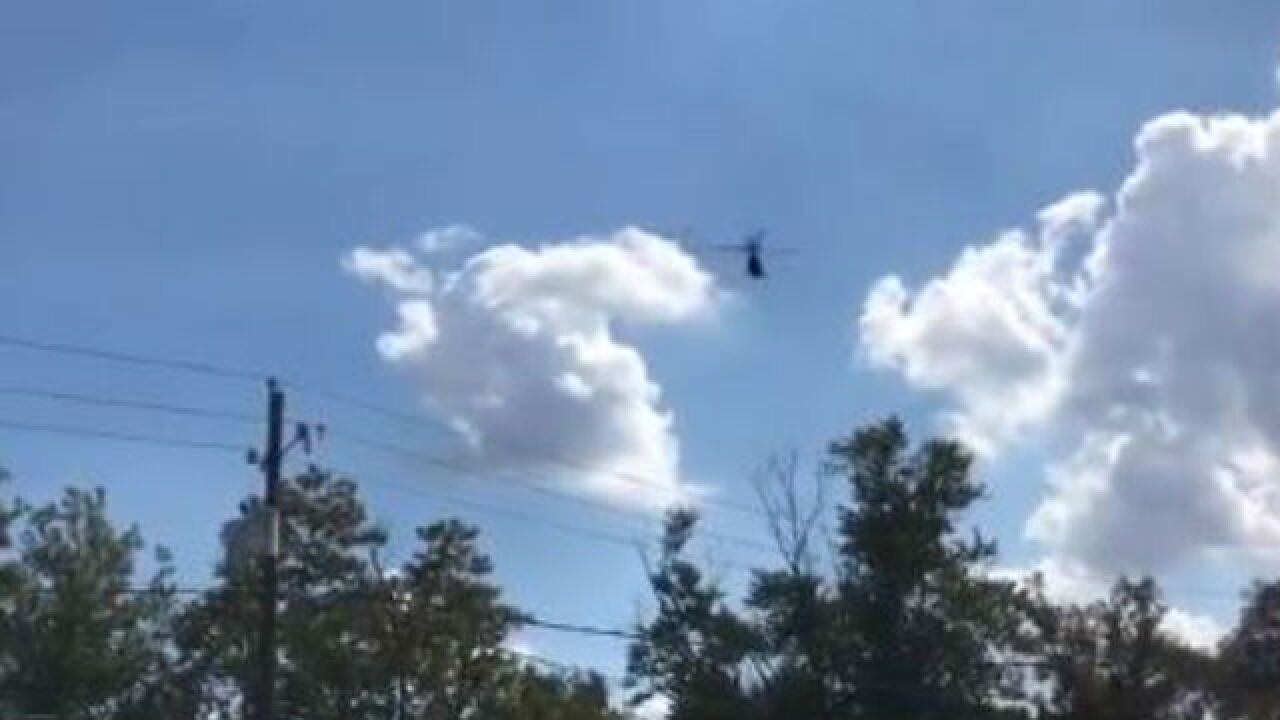 INDIANAPOLIS -- A man accused of firing shots at troopers after a pursuit ended in a crash in Indianapolis Tuesday afternoon is now in custody.

The incident started around 1 p.m. when police say Carson crashed near I-465 and Mann Road following a pursuit.

The driver, identified as Carson, fled from the scene before police arrived, and a responding trooper heard shots fired from the area of the driver, according to Sgt. Perrine.

Troopers, K-9 officers and multiple other agencies searched the area for several hours.

Carson was taken into custody sometime around 5:30 p.m. after a 911 call from a witness led IMPD's SWAT team to his location.

Troopers were investigating a single vehicle crash involving a stolen vehicle. The driver fled before police arrived and a short time later shots were fired from the area the driver fled

Media: Command Post is at Mann & Superior at Dominos

Police believe suspect is inside a police perimeter on the northeast side of I-465 & Mann Road.

Person of interest is 26 year old Ronald Carson. A 6’-2” 170lbs white male with tattoos on his face

He is considered armed and dangerous. Call 911 if you see him pic.twitter.com/3luCT50wjO