Southwest Indianapolis home and business burglaries could be connected 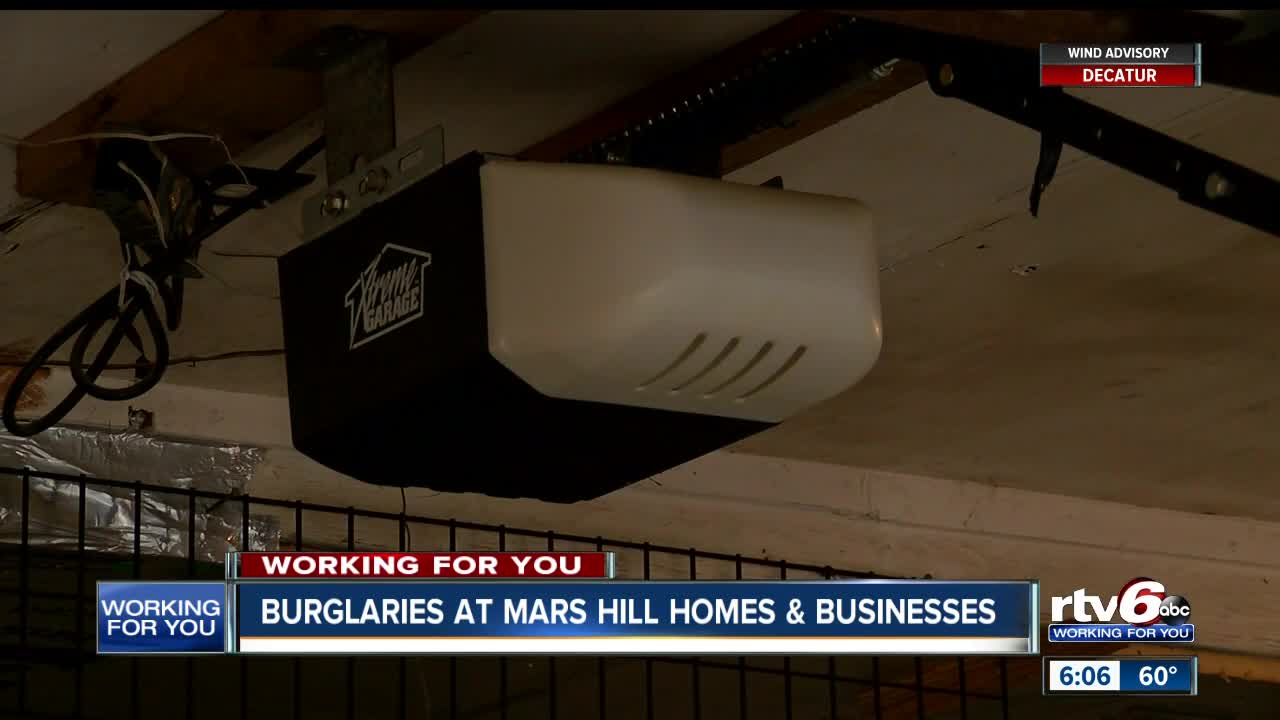 Surveillance cameras caught the suspect breaking into a cabinet store on the southwest side of Indianapolis.

INDIANAPOLIS — Several people, including a local business owner, want the person in this video identified.

Surveillance cameras caught the suspect breaking into a Cabinet Store on the southwest side of Indianapolis.

And this is not the only recent burglary in the area.

Anna Maldonado has lived in Mars Hill on Collier Street for 18 years. During which, she has not had many problems.

Until Thursday night — two days after Christmas — her daughter came out to the garage to find someone had broken into her Jeep.

"It's all cracked. The window here is going to have to be replaced," said Maldonado.

"They took the sledge hammer and beat her glasses, and hit the side of my car, broke her mirror. They scratched up her side door and scratched up the window."

The thief left behind the sledge hammer used, but took a gym bag and a table saw.

The suspect also vandalized the garage.

"They cut the beam lights on the bottom of the garage and door, took those and broke the handle pulley on the garage, so it's just a shame," said Maldonado. "You can't have anything locked up. The car is locked in your own locked garage, they will find a way to get in."

Right down the street from where Maldonado lives, a local business, Barber Cabinet Company, was also broken into.

The surveillance video captures a man carrying several items out of the store.

The owners say he came back twice — the first time was around 1 a.m., the second around 5 a.m. — and stole several tools.

"We work hard," said Maldonado. "A lot of people work hard for what they get. People like this need to get a job."

Maldonado is hopeful that someone will recognize the person in the surveillance images, since it could also be connected to her case.