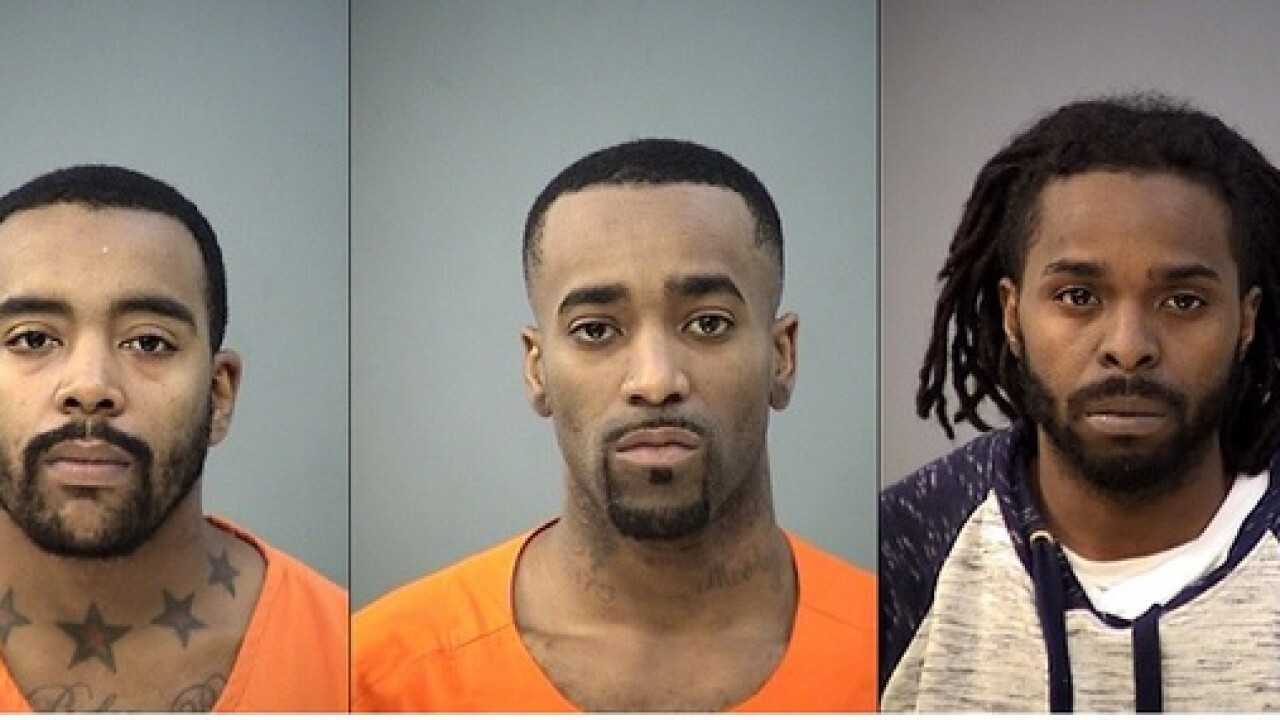 Copyright 2018 Scripps Media, Inc. All rights reserved. This material may not be published, broadcast, rewritten, or redistributed.
<p>Three men have been arrested in a robbery spree around Indianapolis. James Bess, 28, left, Tony Hamilton, 27, and George Taylor Jr., 30, are all facing charges. Photos provided</p>

INDIANAPOLIS — Three men are facing charges stemming from a robbery spree around Indianapolis dating back to at least August, police said.

According to a report from Indianapolis Metro Police, the three men are suspected of being involved in 15 robberies beginning Aug. 16 at Thornton's, 7425 E. Washington Road, and culminating on Friday with a robbery at Auto Zone, 5455 N. Keystone Ave.

Indy Metro Police received information about a possible armed robbery in progress on Friday at the Auto Zone on North Keystone Ave. Officers surrounded the building and the three suspects came out a short time later wearing clothing that concealed their faces. When confronted by officers, two of the suspects turned toward officers and allegedly were armed with handguns.

Police said one officer fired two shots at the suspects, though no one was shot. One of the suspects got in a car and fled but crashed at 55th and Oxford streets after a short vehicle pursuit the suspect was arrested.

Police said the trio are allegedly responsible for the following robberies: