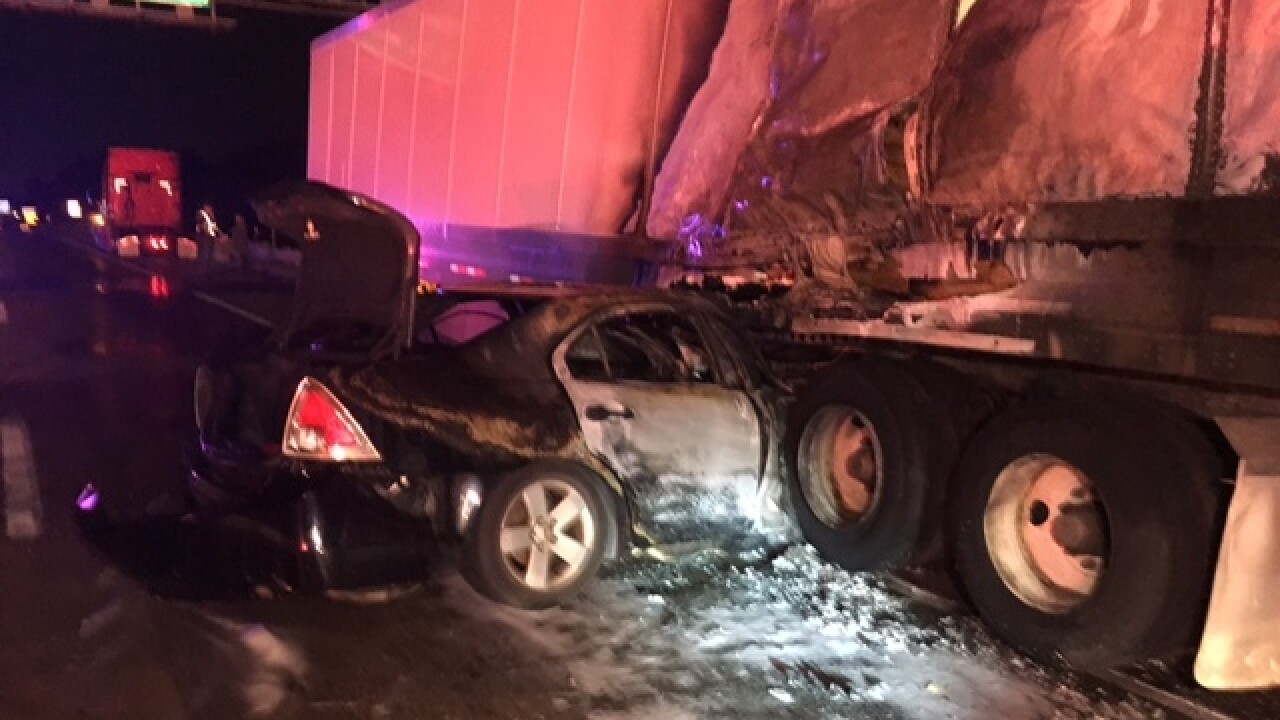 INDIANAPOLIS -- An Indiana State Police trooper pulled two passengers from a fiery crash after a car ended up under a semi on I-465 south of Indianapolis early Friday morning.

The accident happened around 3:30 a.m. in the eastbound lanes of I-465 near Harding Street.

Indiana State Police say a Ford Fusion was attempting to pass a semi on the shoulder when the driver overcorrected and bounced off the wall and into the semi.

The car ended up underneath the semi and burst into flames.

A responding state trooper was able to safely pull the two people from the fully engulfed car. No one was seriously injured.

"When I pulled up the passengers were stuck inside the vehicle," said ISP Master Trooper Brian Snyder. "I had to pull the passenger through a window to get him out before the fire totally engulfed the vehicle."

Unbelievable that everyone is okay. 3 people were inside the car that caught fire. Thx to @ISPIndianapolis quick action, all passengers safe pic.twitter.com/Dxwk8QNgf4