Trucking companies looking to put drivers behind the wheel 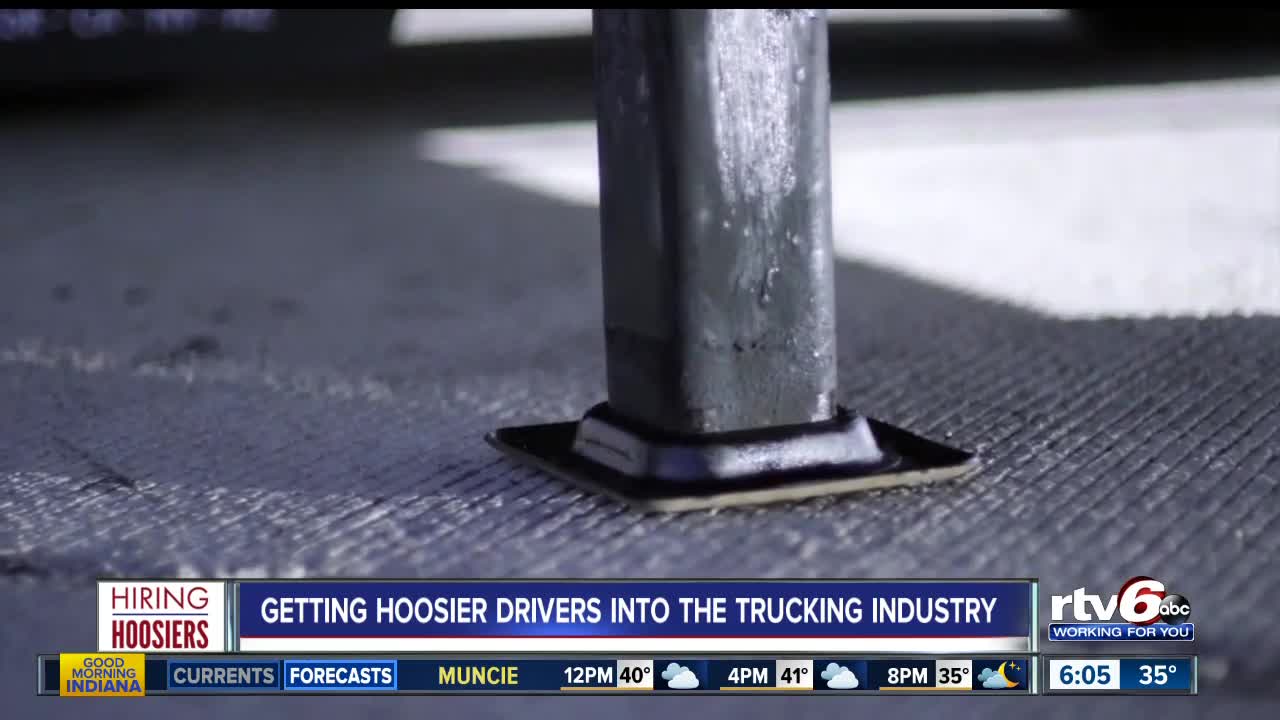 The American Trucking Association said the demand for drivers is so high the trucking industry would need to hire 90,000 drivers a year through 2026 to fill the shortage. 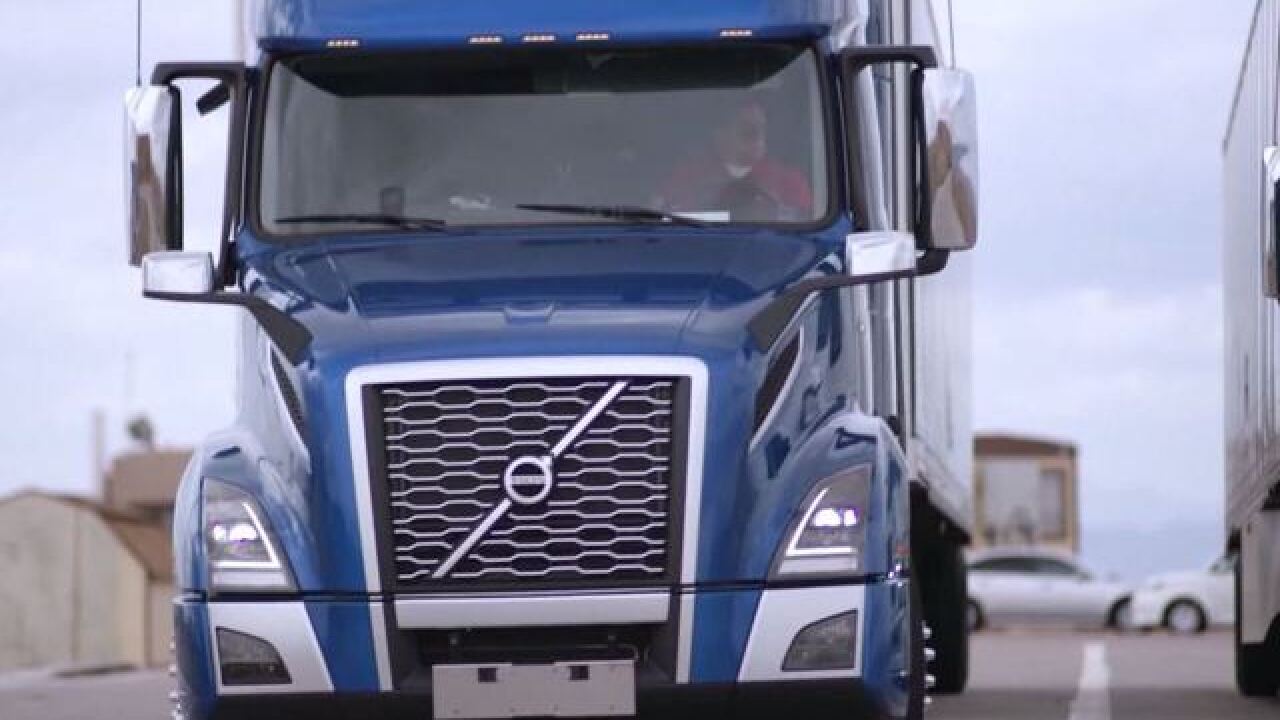 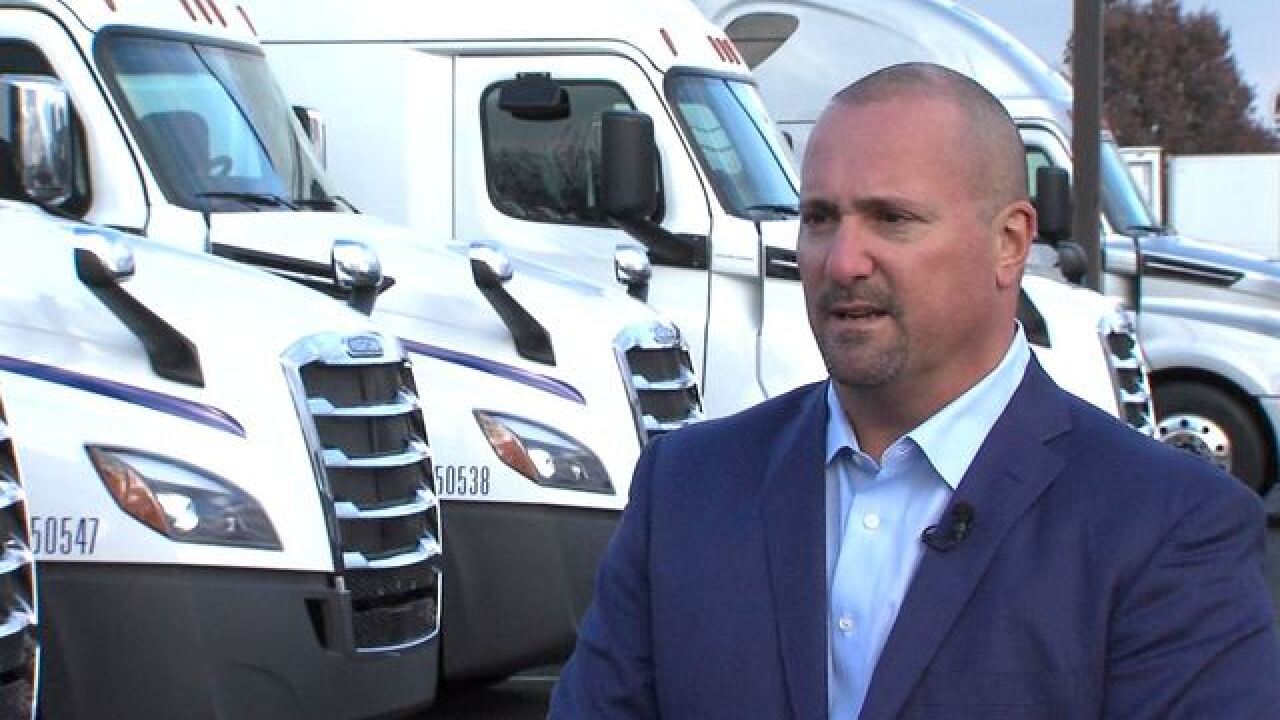 INDIANAPOLIS — It is a job that is often overlooked, but it serves a critical function.

The trucking industry is experiencing a record driver shortage. The shortage comes at a time when there are plenty of opportunities available for those who want to step in for the ride.

"The biggest challenge is that we are not getting enough new entrants into the industry to replace those that are leaving," Jeremy Reymer, founder and CEO of DriverReach, said. "So you are getting people that are retiring, or maybe that they are leaving because the economy is doing so well that they have other opportunities that just were not there before."

Reymer has worked in the trucking industry for almost two decades. As technology and comfort within the trucks have improved, the job interest has declined, he said.

"There is an image issue, trucking is seen as a little dirty or greasy and it is not maybe the most desirable," he said. "It is not that bad, it is great. It is a great industry, it is a great career and a great path to upper and middle class. I think what people don't realize is the fact that, that if you get in a truck today, it looks like a cockpit of an airplane, it is pretty sophisticated. There is automated technology that has been developed now and continues to be developed even better."

The demand for drivers is now so high, the American Trucking Association says the trucking industry would need to hire 90,000 drivers every year through 2026 to fill the shortage.

"There are plenty of trucking industry businesses where drivers can be home every day," Reymer said. "They might work, a first shift, second shift, or third shift, but it is still a full-time and regular daily job."

"For someone who doesn't necessarily have a college degree, it is a great opportunity immediately to start earning that type of a wage and grow into that path," Reymer said. "If you have a CDL, commercial drivers license, you have it made. As long as you are safe, as long as you keep your record clean, you can get a job anywhere."

Chad Hendricks, the host of the Recruit-Retain Podcast, which focuses on the hiring impacts in the trucking industry, said many companies have now responded to the shortage by raising their wages, plus changing the way they treat their employees.

"It really comes down to company culture, a lot of people were leaving the industry because of respect, so we are seeing such a need for drivers that companies are starting to really respond and they are looking at their benefit packages, their pay packages, workplace culture," Hendricks said. "They are emphasizing, how can we make this a place that somebody wants to stay and work at and that is really what I have found has been missing in the past."

Hendricks said that while this shortage makes it easier for prospective drivers to obtain a job, companies now have to start focusing on what they are selling to those candidates, making their job more difficult today.

In response, Hendricks is hosting a Sales Training for Driver Recruiters Conference in January in Indianapolis.  This is for people in the recruitment space of the trucking industry, providing information about what they need to do to convince new candidates to come to them.

While companies work to retain employees and recruit new drivers, others in the industry are working on a bill to bring in a whole new group of drivers into this market — 18 to 20-year-olds.

"That would make a really big dent, in fact, it would probably eliminate the driver shortage completely," Reymer, who is a member of the Workplace Development Committee for the DRIVE-Safe Act, said.

A CDL can be obtained at age 18, but a driver must be at least 21 years old in order to drive across state lines.

The DRIVE-Safe Act is a bill that would allow 18-year-olds to enter the workforce without these restrictions as truck drivers.

"It would allow 18 to 20-year-olds to operate commercial drivers, in an interstate capacity," Reymer said. "This would allow a high school graduate to have a path into the industry through a very safe, apprenticeship type of program."

Reymer says the bill will be reintroduced in 2019.