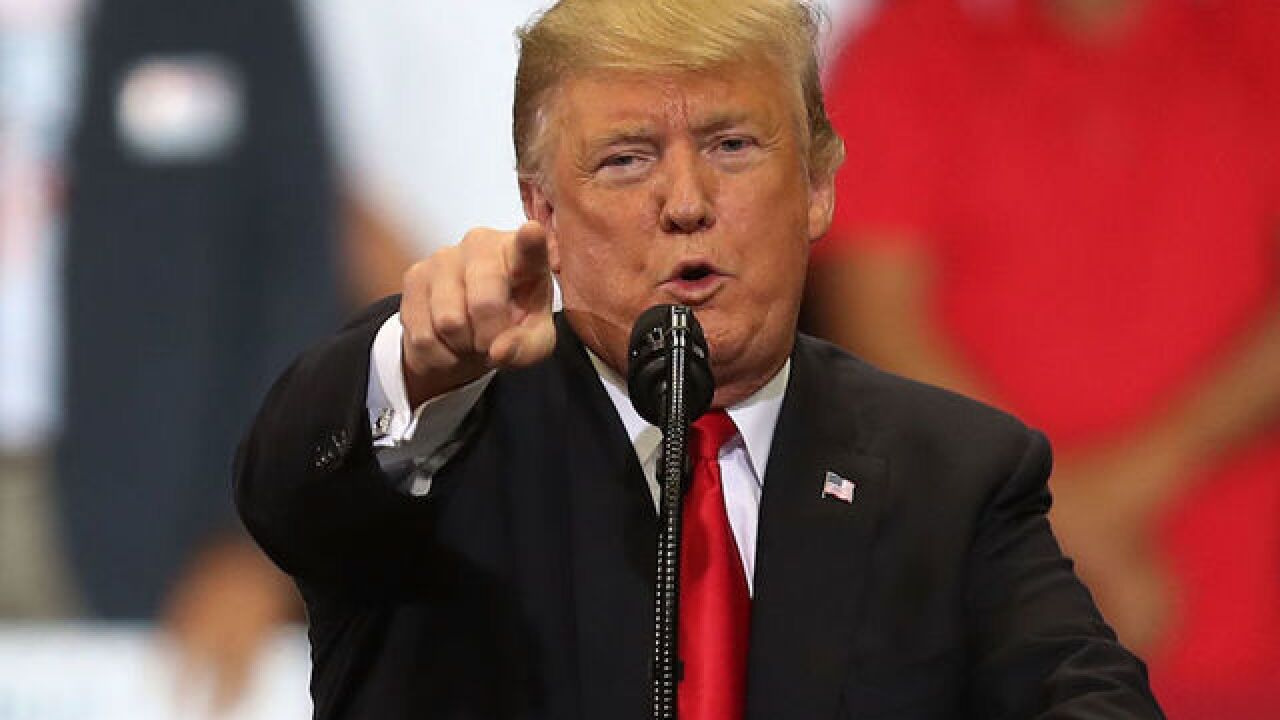 Image copyright 2018 Getty Images. All rights reserved. This material may not be published, broadcast, rewritten, or redistributed.
Joe Raedle
<p>President Donald Trump stands with Florida Republican gubernatorial candidate Ron DeSantis and senatorial candidate Rick Scott during a campaign rally at the Hertz Arena on October 31, 2018 in Estero, Florida. President Trump continues travelling across America to help get the vote out for Republican candidates running for office.</p>

INDIANAPOLIS (AP) — President Donald Trump accused Indiana Sen. Joe Donnelly of “trying to steal the election” by running ads touting the Libertarian candidate in an effort to peel away votes from Republican challenger Mike Braun in a close contest.

In a tweet Saturday  , Trump said the rumor is Donnelly paid for the Facebook ads. The Indiana Democratic Party confirmed that it paid for them and a line at the top of the ads says that they are “authorized by Donnelly for Indiana.”

The ad  is among several on Facebook saying that Braun used to be a Democrat and has voted for tax increases as a member of the state Legislature. It urges Hoosier conservatives to “vote your values.”

“Libertarian Lucy Brenton is the true Anti-tax conservative,” the ad says. Braun says he is a fiscal conservative.

Republicans hope to knock off Donnelly in a state Trump won easily in 2016 to expand their 51-49 majority in the Senate. Trump visits Fort Wayne, Indiana, Monday to rally for Braun.