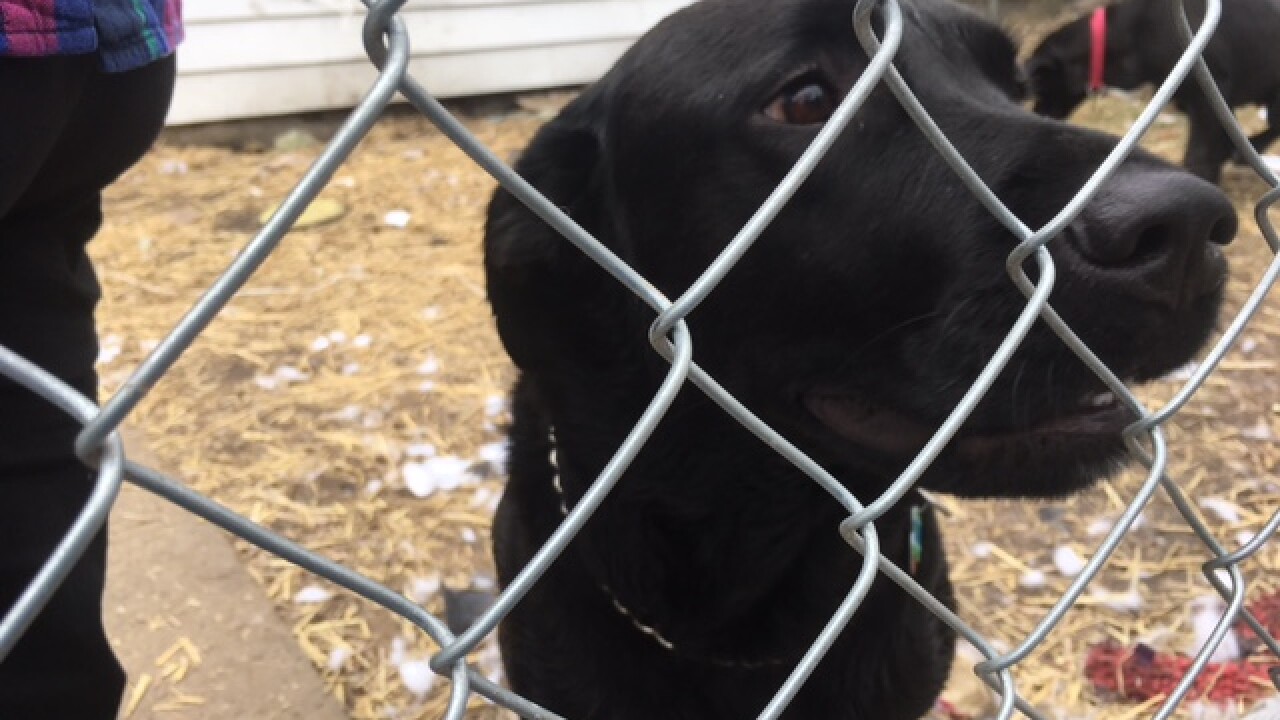 Shea Goodpaster
This Lab German Mix is named Knox. He was rescued by IMPD and Animal Control on Wednesday, December 12, 2018 from being stuck in the bank of the White River. 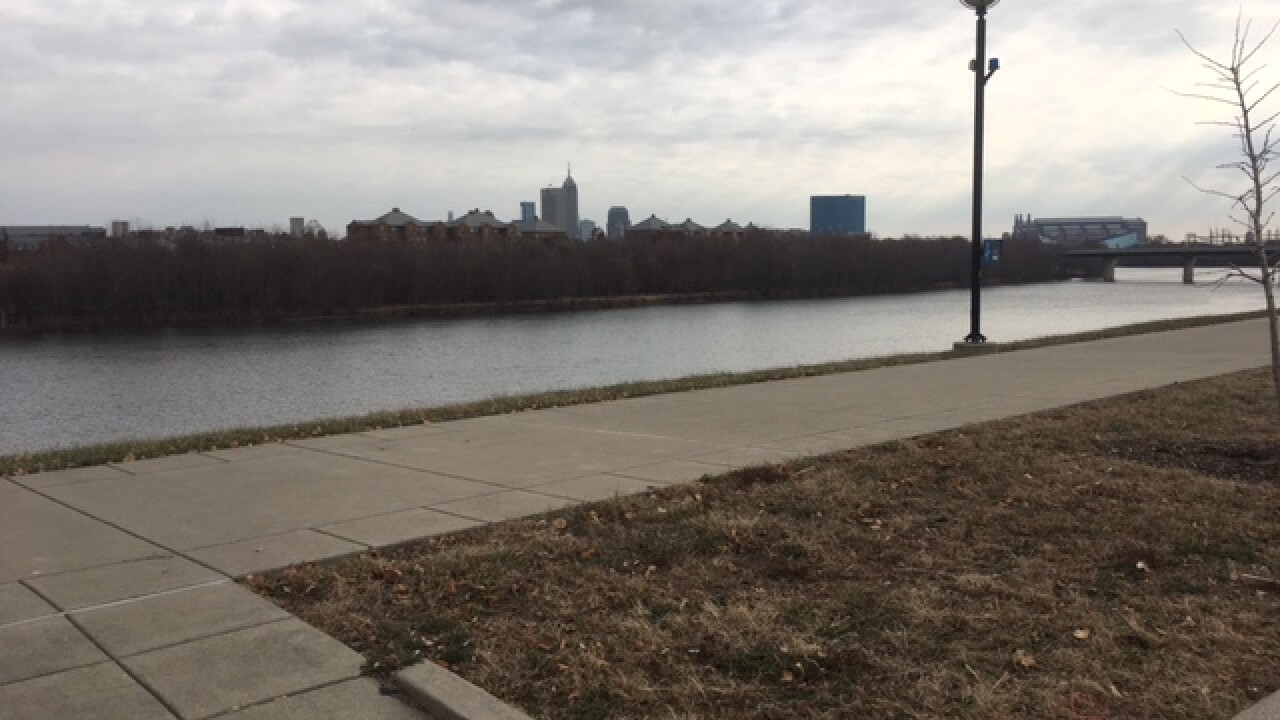 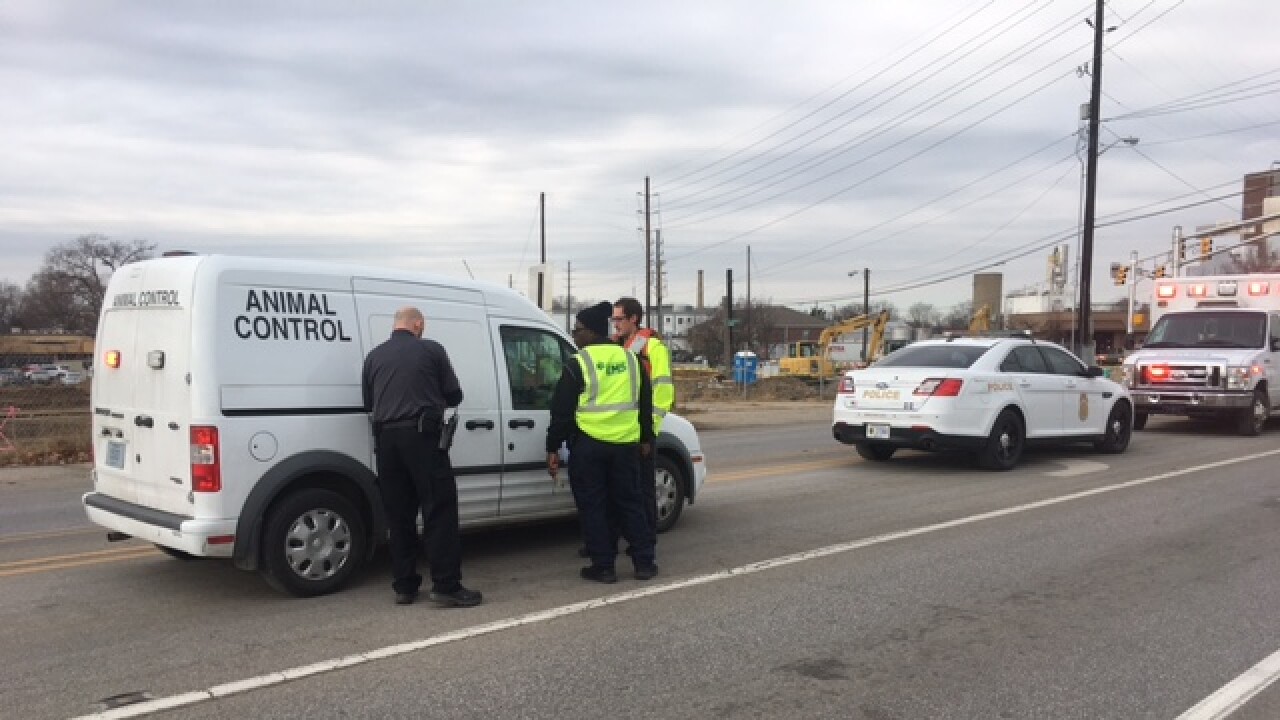 INDIANAPOLIS — Two dogs were rescued from the west side of White River in downtown Indianapolis on Wednesday morning.

One dog was seen barking and “acting strange” by an officer with the Indianapolis Metropolitan Police Department as it was running loose along the bank of the White River. The officer decided to check out what the dog was barking at and discovered that another dog – a black lab German mix – soaking wet and stuck in the bank of the river.

After the officer tried getting the dog up the bank IFD water rescue crews and animal control were called to the scene.

Once rescued, the IMPD officer discovered the dog tags and called their owner, who was at work. This was not the first time the dogs had run loose, according to the dog’s owner.

The owner was cited by animal control after coming to receive his dogs.

The Lab German mix is named Knox and the other dog is named Scar.