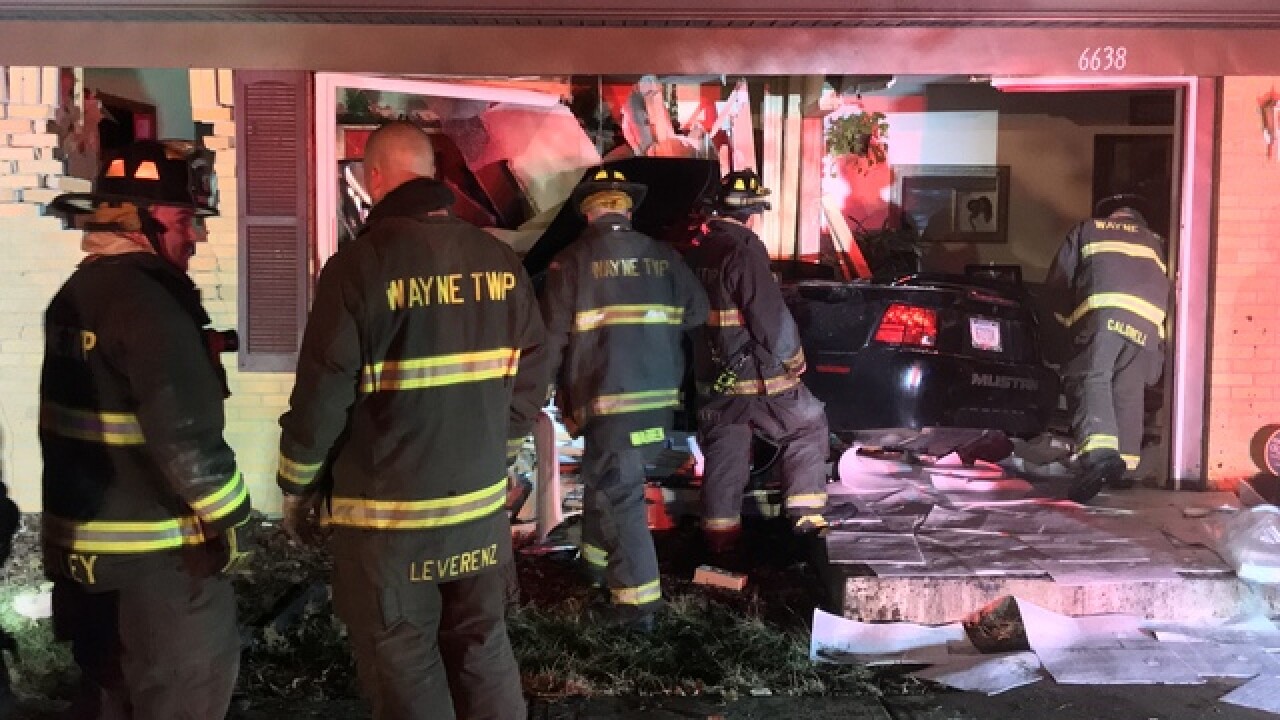 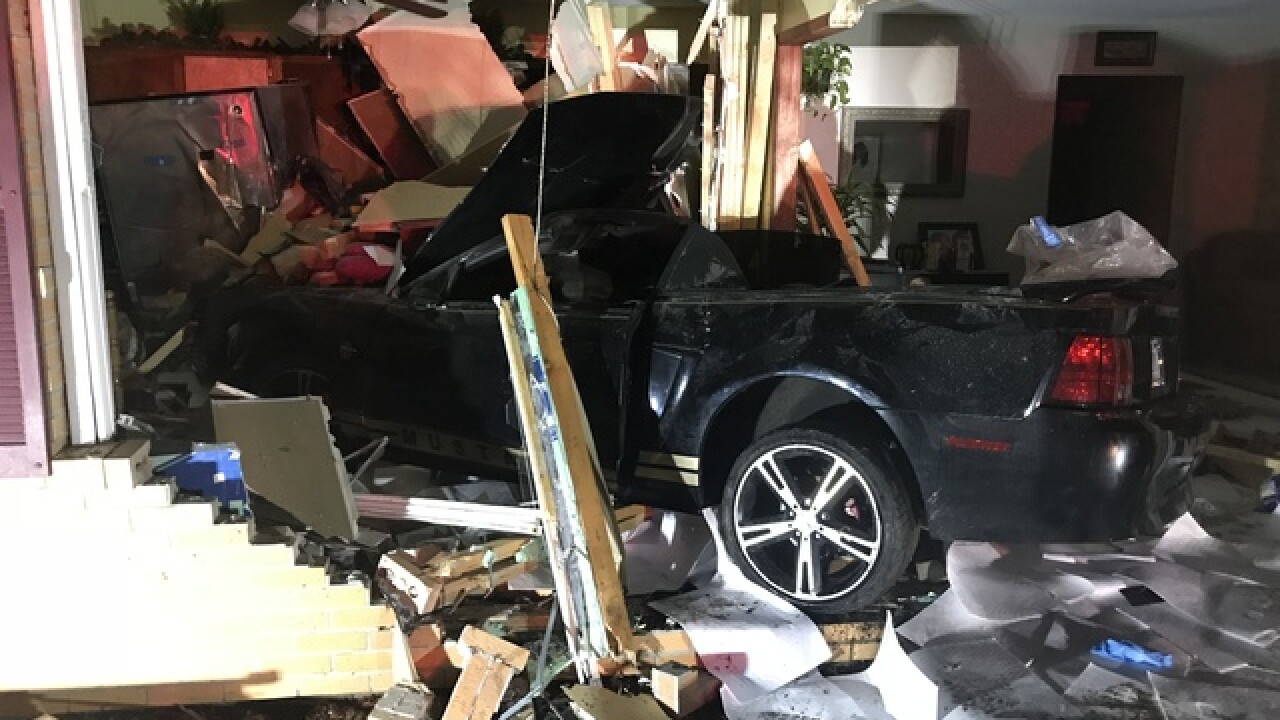 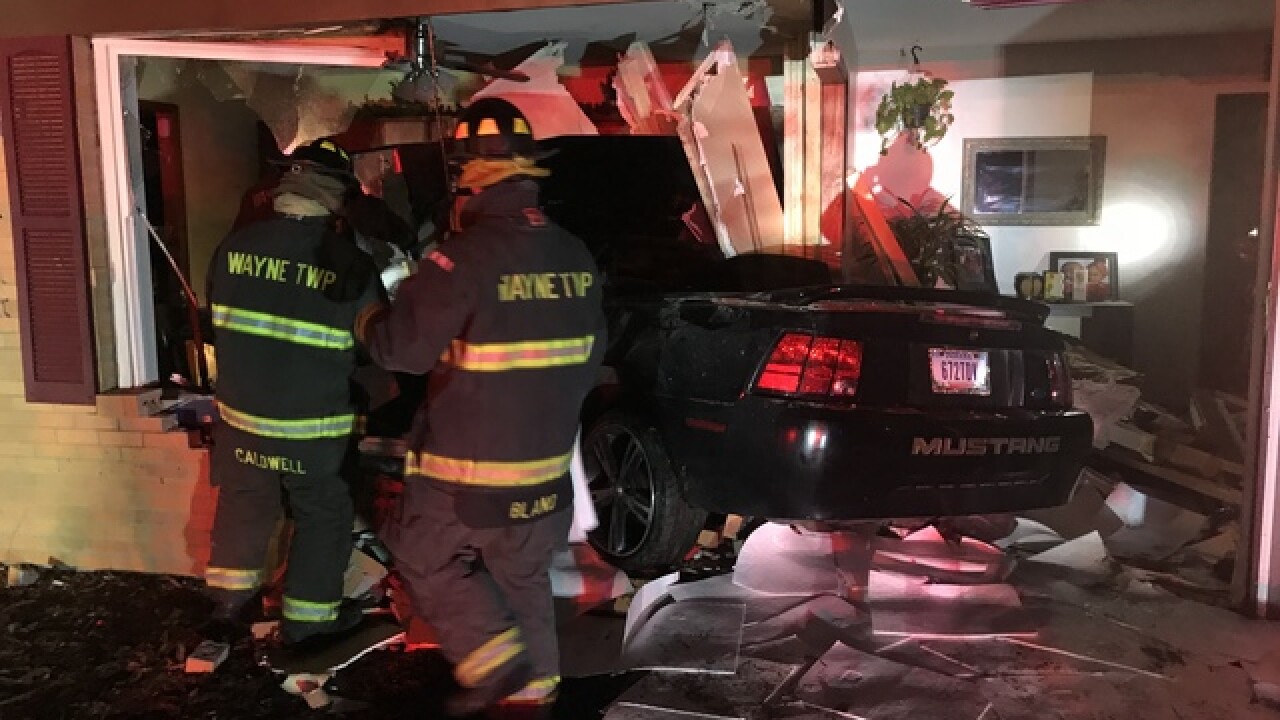 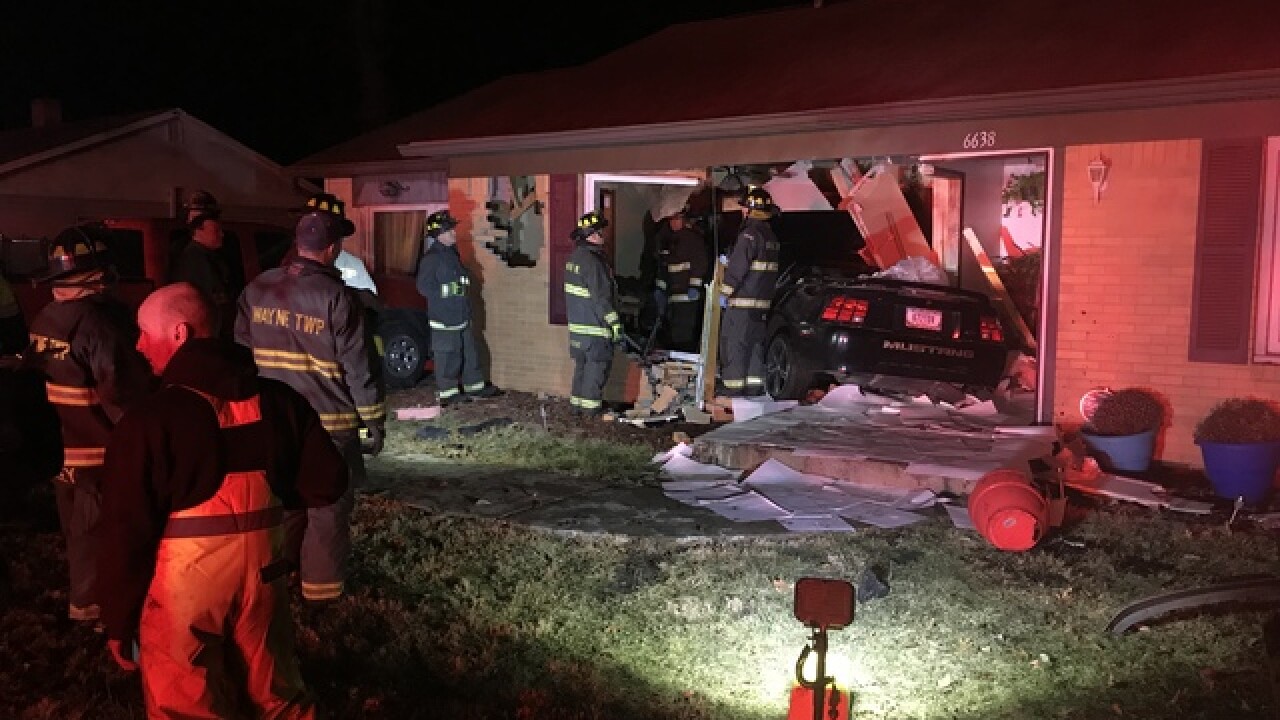 INDIANAPOLIS -- Two people were hurt Friday night when a car crashed into a house in Wayne Township.

It happened around 7:30 p.m. at Doris and Farley drives.

A spokesperson for the Wayne Township Fire Department says four people were in the home when the car hit.

One was taken to Methodist Hospital with non life-threatening injuries. The three others were not hurt.

One person who was trapped in the car was taken to Eskenazi in serious condition.

The person believed to be the driver of the car was taken into custody by officers with the Indianapolis Metropolitan Police Department.

Speed and alcohol were possible factors in the crash, according to the Wayne Township Fire Department.