Veterans angry with state, commission as state looks to improve how it helps needy vets 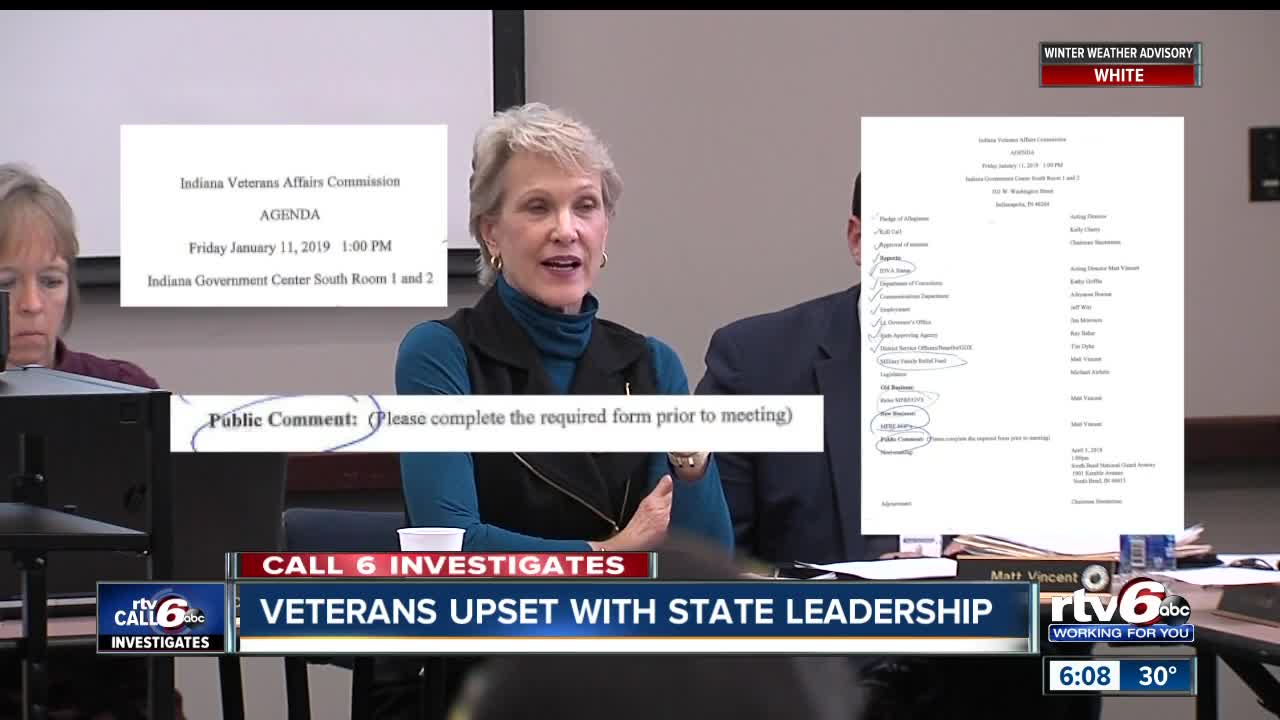 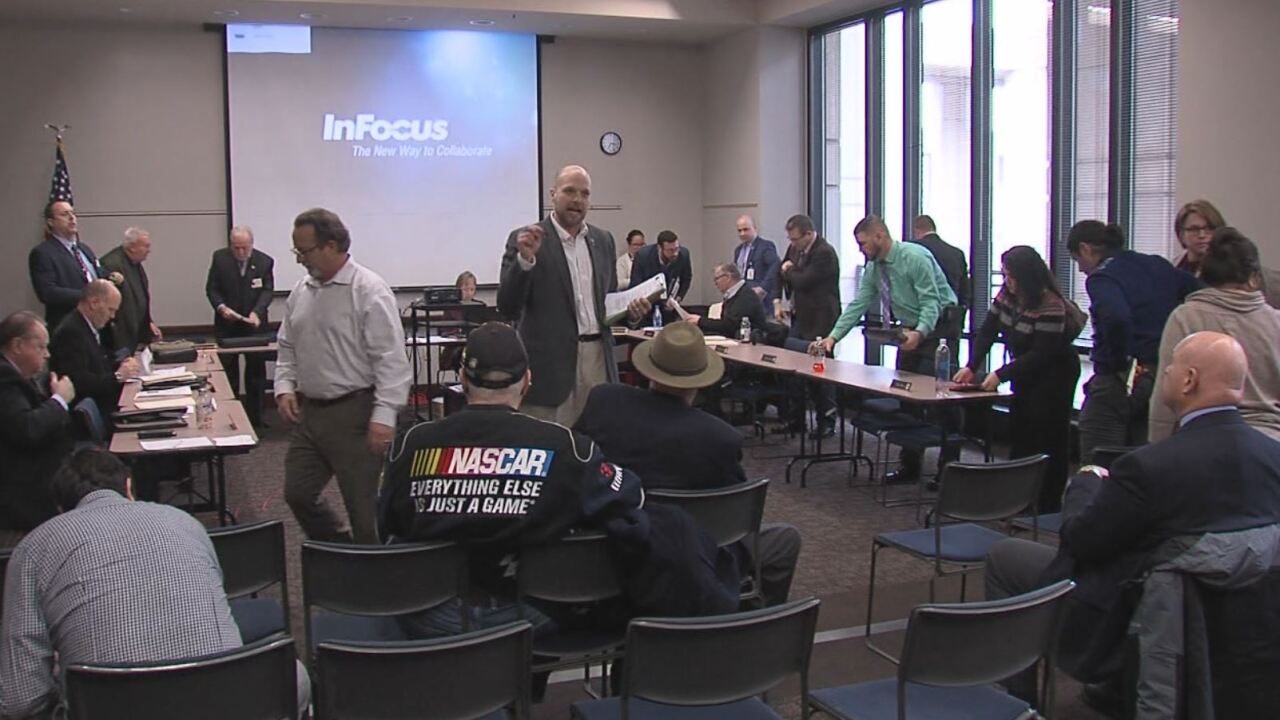 The emotions boiled over as the commission and IDVA looked to correct several problems that have upset veterans in the state, including how the state helps veterans in need.

At the end of the January 11 agenda listed “Public comment: Please complete the required form prior to meeting.”

However, commission chairman Erika Steuterman said the meeting was running well past the two-hour mark, and she had allowed veterans to interject comments throughout, so she concluded the meeting without allowing public comment.

“I know there's people who drove an hour, made arrangements for child care to be able to come to this public veterans commission meeting,” said veteran Lisa Wilken to the commission after the meeting. “It's very disconcerting that the public is not given the opportunity to speak to you."

Veterans Lisa Wilken and Will Henry, the two veterans who blew the whistle with Call 6 Investigates back in November about misuse of the Military Family Relief Fund, spoke at the end of the meeting.

Henry stood up after the meeting and shared his thoughts as the commission members and IDVA staff walked out of the room.

“I am a warrior, my brothers and sisters are warriors and we are not going away,” said Henry. “I haven’t heard one apology to the veterans in this state. Not by the commission, the governor’s office, not from anyone for the misconduct or should I say ‘non-conduct’ of the commission.”

The commission and the Indiana Department of Veterans Affairs are both looking to make changes following a Call 6 Investigation into several problems within IDVA, including that the agency failed to adopt rules that could have helped homeless veterans and those with brain injuries.

A scathing audit just released by the State Board of Accounts said the Indiana Department of Veterans Affairs and its oversight panel, the Indiana Veterans’ Affairs Commission, failed to adopt rules and written procedures for several funds.

IDVA’s acting director Matt Vincent told the commission he had drafted rules that will help homeless veterans get services, and the commission and public will now have an opportunity to provide input on those rules.

Vincent told the commission that the money meant to help veterans will not expire, although veterans Lisa Wilken and brigadier general James Bauerle both expressed concerned about losing the funds.

The Indiana State Department of Health is currently finalizing an agreement with a provider for the state’s hyperbaric oxygen treatment program, which will help veterans with brain injuries.

Call 6 Investigates also found IDVA allowed its own employees to receive benefits from the Military Family Relief Fund beyond the $2,500 limit as the agency denied other veterans.

The commission discussed Friday whether it should use an administrative law judge (ALJ) to handle appeals for veterans who are denied.

However, the commission did not make a final decision on how to handle appeals, so pending appeals will likely have to wait another three months until the next commission meeting, said Steuterman.

Vincent said Friday the Attorney General and Governor had already approved the Military Family Relief Fund rules, and the rules will soon be published in the state’s register.

The new rules say for a veteran to receive more than $2,500 through the Military Family Relief Fund, the case has to go through the veterans affairs commission, which will scrutinize each case individually.

Steuterman said Friday a new IDVA director will be named soon and that interviews had already taken place.

The commission’s next regular meeting will be held April 5 in South Bend.