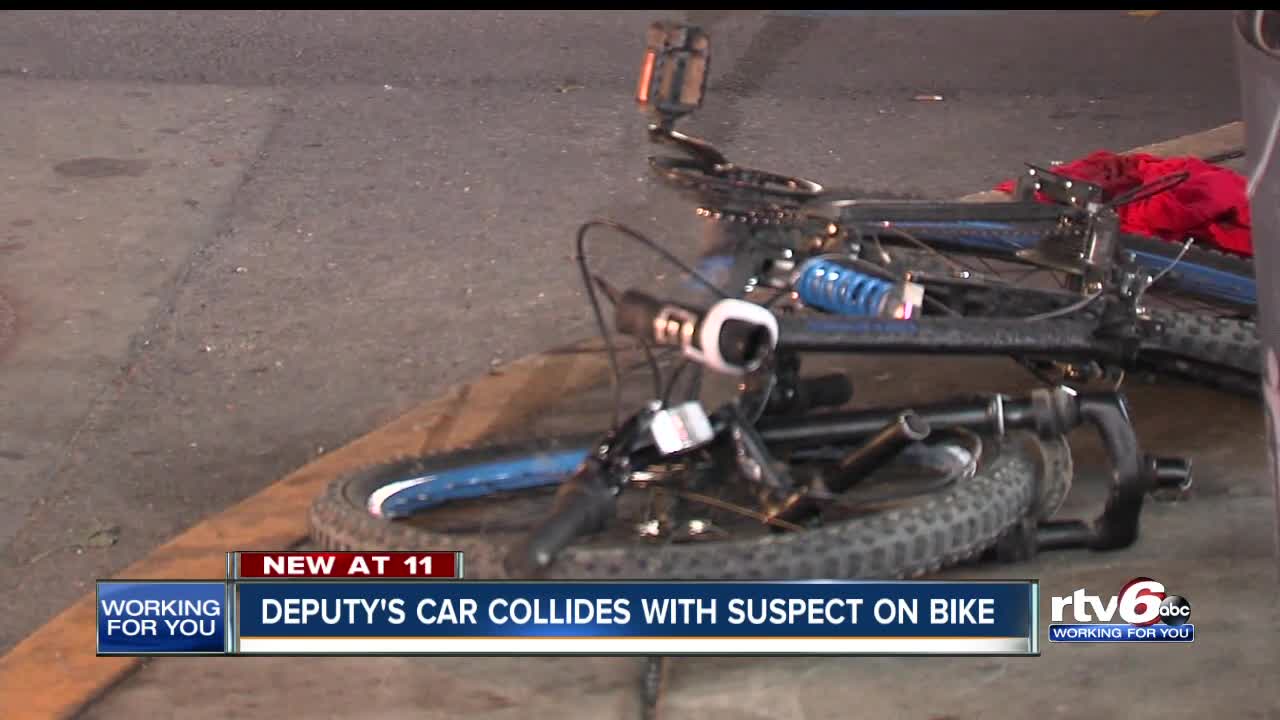 A man wanted for not registering as a sex offender was arrested Tuesday evening after a brief pursuit that ended when his bicycle collided with a Marion County Sheriff's Office cruiser. se. 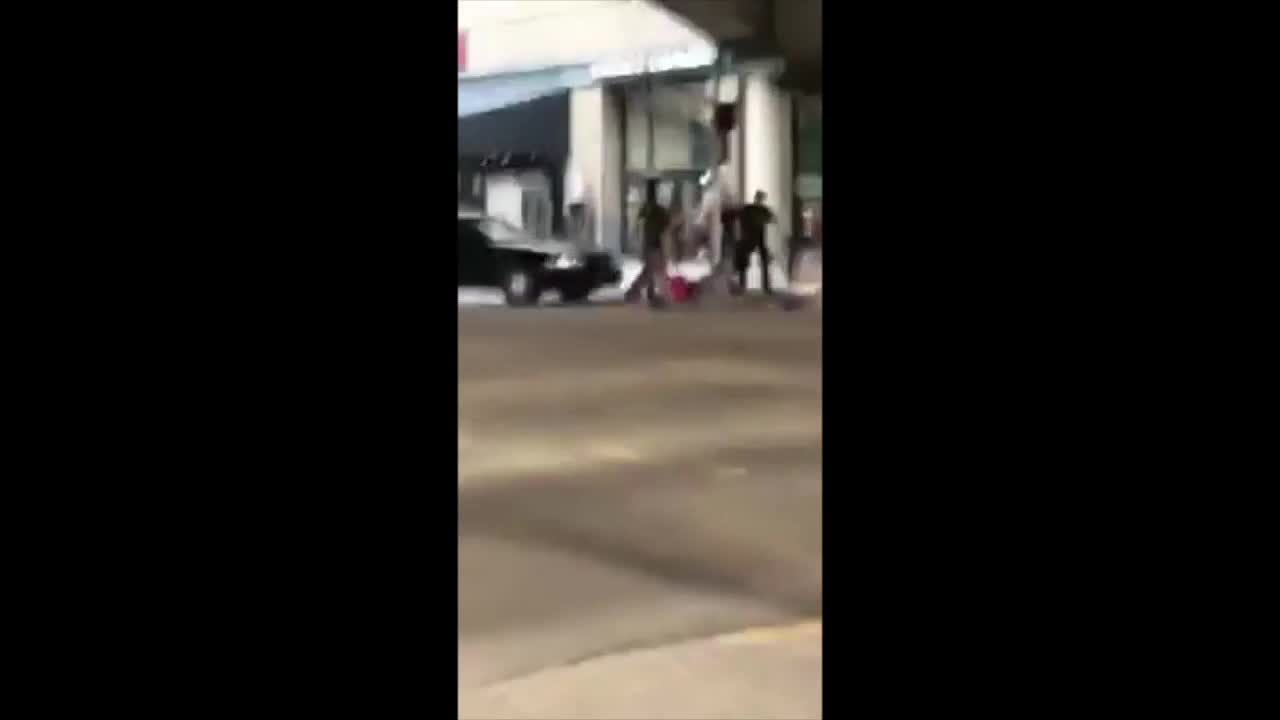 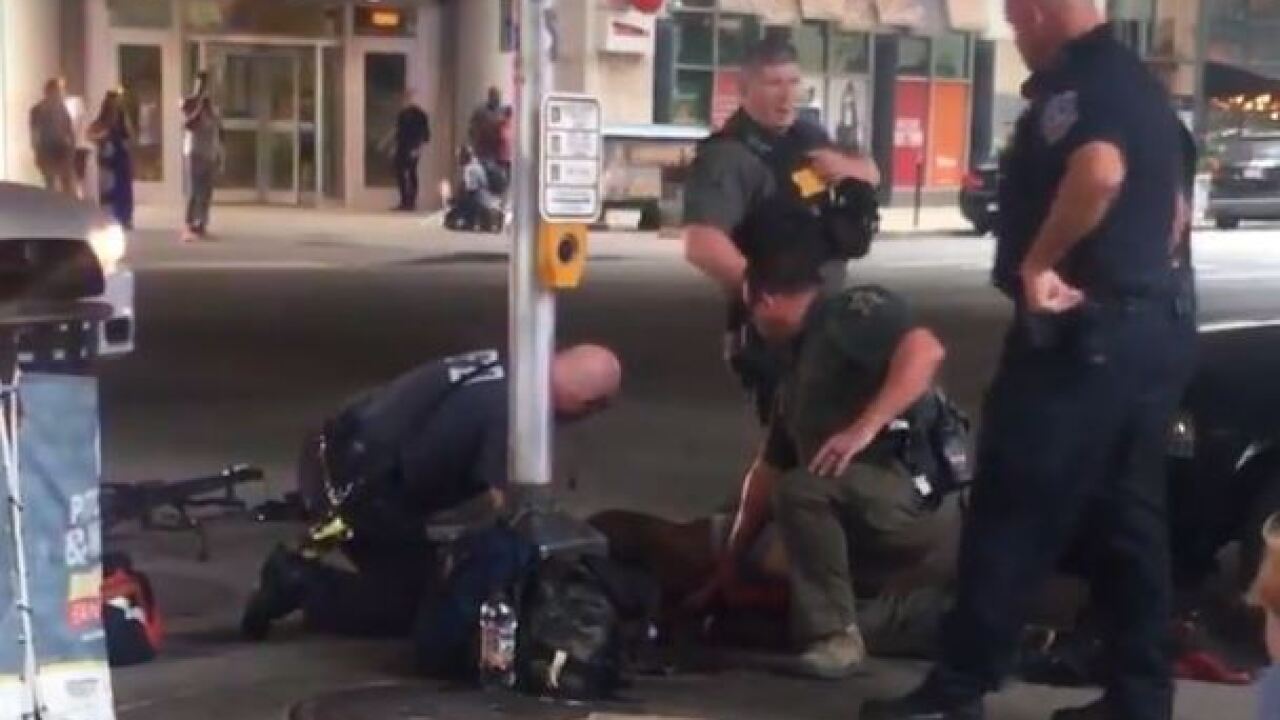 INDIANAPOLIS -- A man wanted for not registering as a sex offender was arrested Tuesday evening after a brief pursuit that ended when his bicycle collided with a Marion County Sheriff's Office cruiser.

Deputies were serving a warrant on Devan White, 35, for failing to register as a sex offender near the intersection of Illinois and Washington streets when he tried took off.

White got onto a bike and attempted to flee from officers when his bike collided with the cruiser.

Witnesses captured the moment the bike hit the cruiser on cell phone video, which has incited quite the reaction after it was posted on the Indy10 Black Lives Matter Facebook page.

You can watch the video below.

Drake Strange, who first shared the video, said it appears that the cruiser swerved to strike the man on the bicycle.

RTV6 reached out to the Marion County Sheriff's Office who released a statement saying that White fled from police and ran into a deputy's cruiser, and was not intentionally hit.

White went into the windshield of the vehicle and was taken to the hospital to be treated for his injuries.

The deputy driving the cruiser was also treated for glass in his eyes.

You can read their full statement below.

An independent accident investigation of the collision is being conducted by the Indianapolis Metropolitan Police Department. White was also arrested for Resisting Law Enforcement/Fleeing (A Misdemeanor). Mr. White has previously been convicted of Child Molestation (A Felony)."