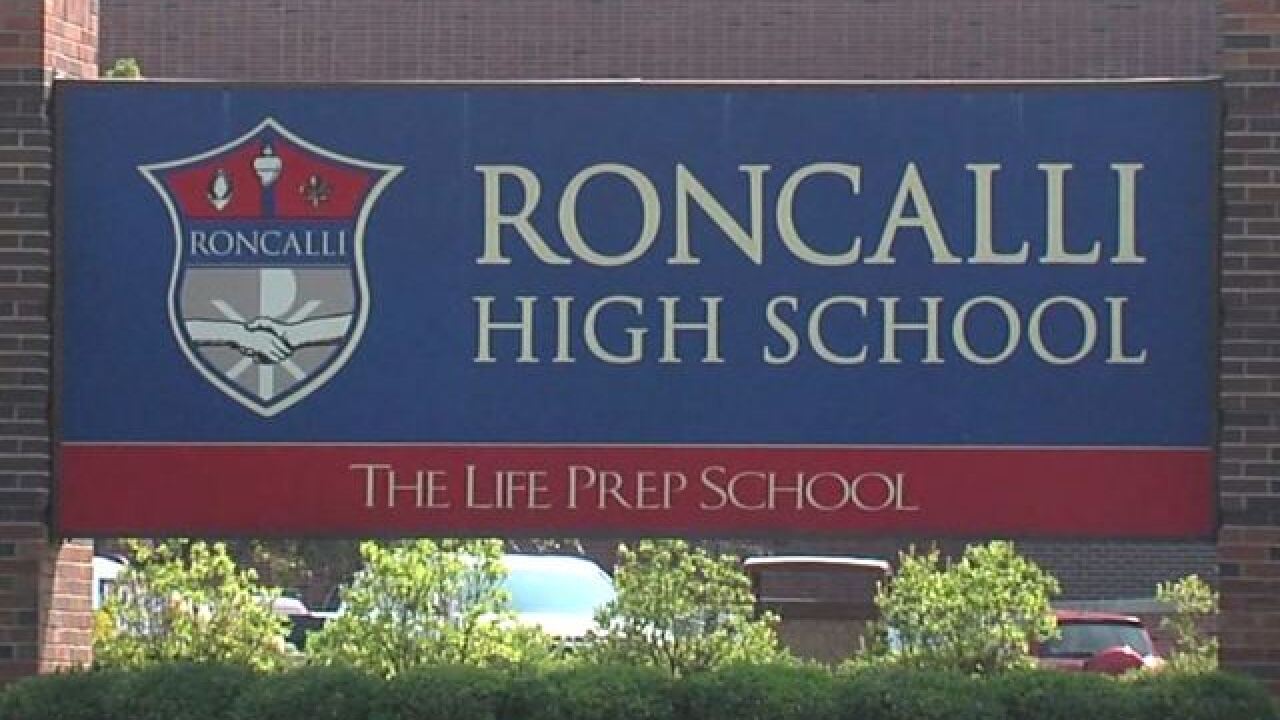 INDIANAPOLIS -- Six Roncalli students met with the leader of the Catholic Church in central and southern Indiana over the weekend, urging him to change the employment policy that led to the school's guidance counselor getting suspended.

Roncalli guidance counselor Shelly Fitzgerald remains on paid administrative leave after she says someone sought out her marriage certificate, showing she is married to another woman and turned it into the school.

Roncalli officials previously defended their actions, saying school guidance counselors are expected to be role models and follow the teachings of the Catholic Church.

The students called for the policies be changed so Fitzgerald can return to work at Roncalli High School. They said Archbishop Charles C. Thompson ultimately makes the decision on Fitzgerald's future with the school.

Thompson published his thoughts on the controversy in the August 24 edition of the weekly Catholic newspaper, “The Criterion.”

Thompson says Fitzgerald’s employment is not about her sexual orientation but “about the Church’s teaching that marriage is a covenant between a man and a woman as established and revealed by God.”

The students said they were "disheartened" by Thompson's statement.

Watch their discussion below: