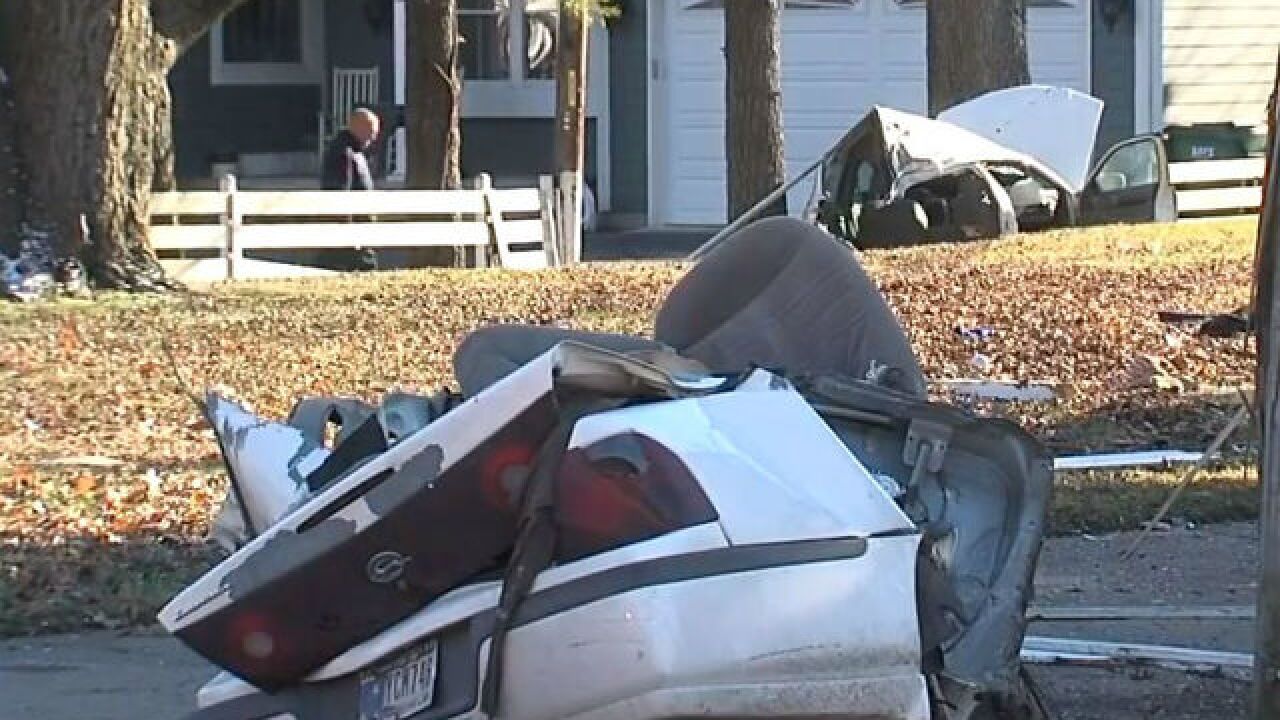 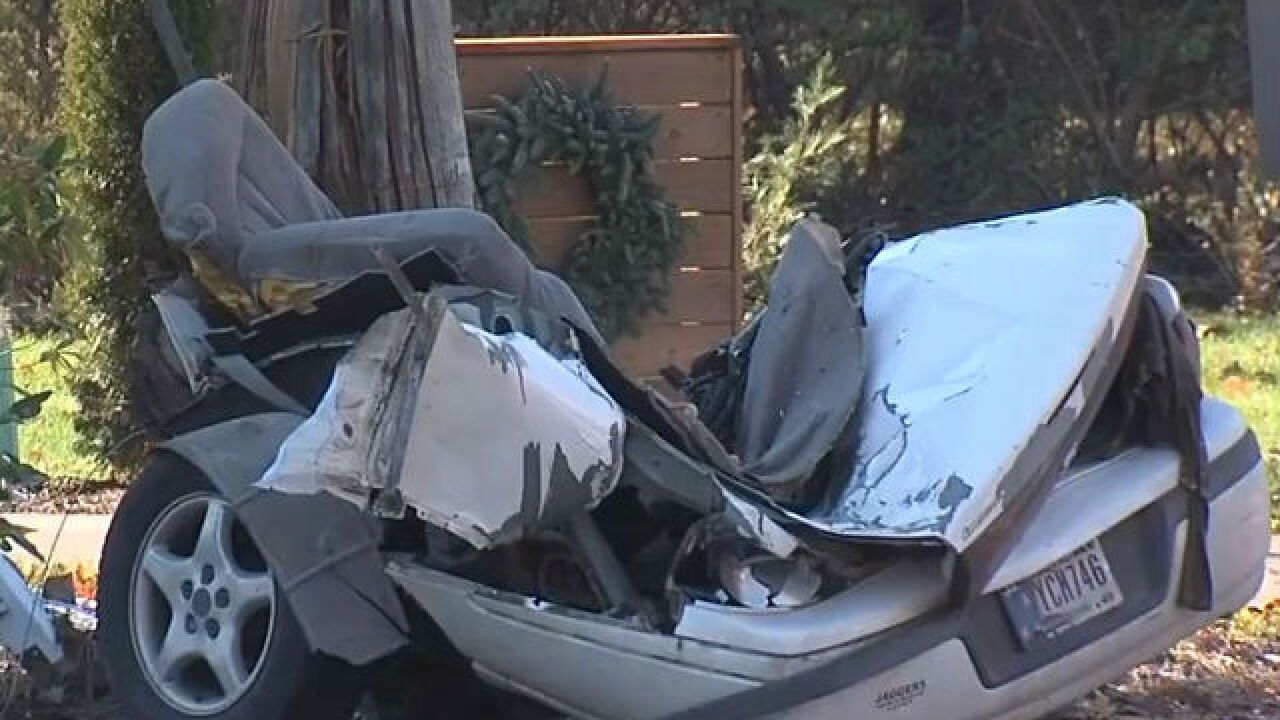 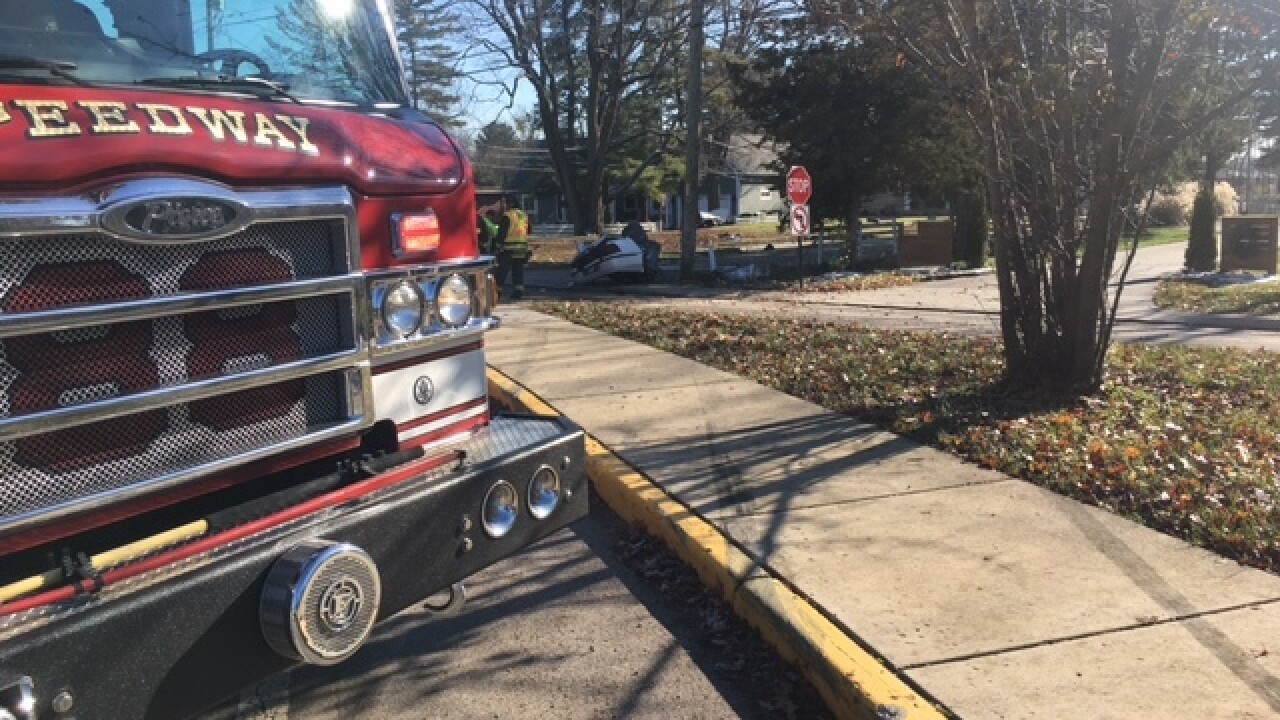 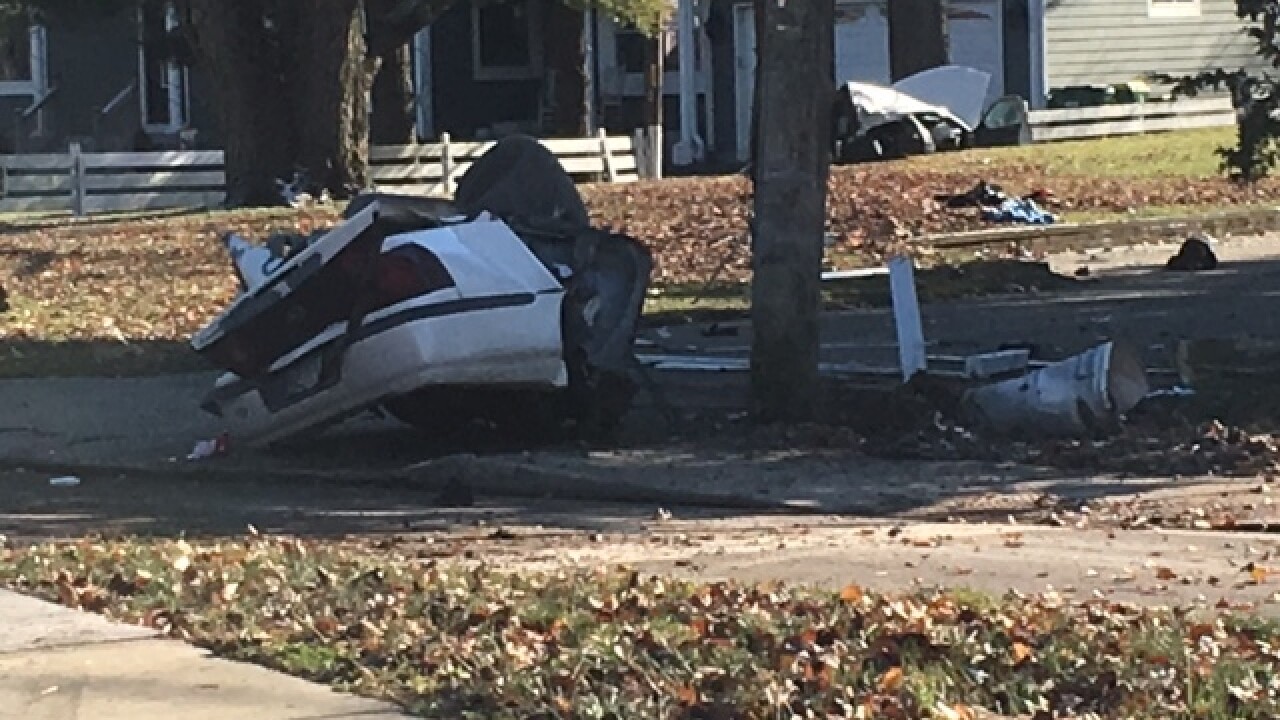 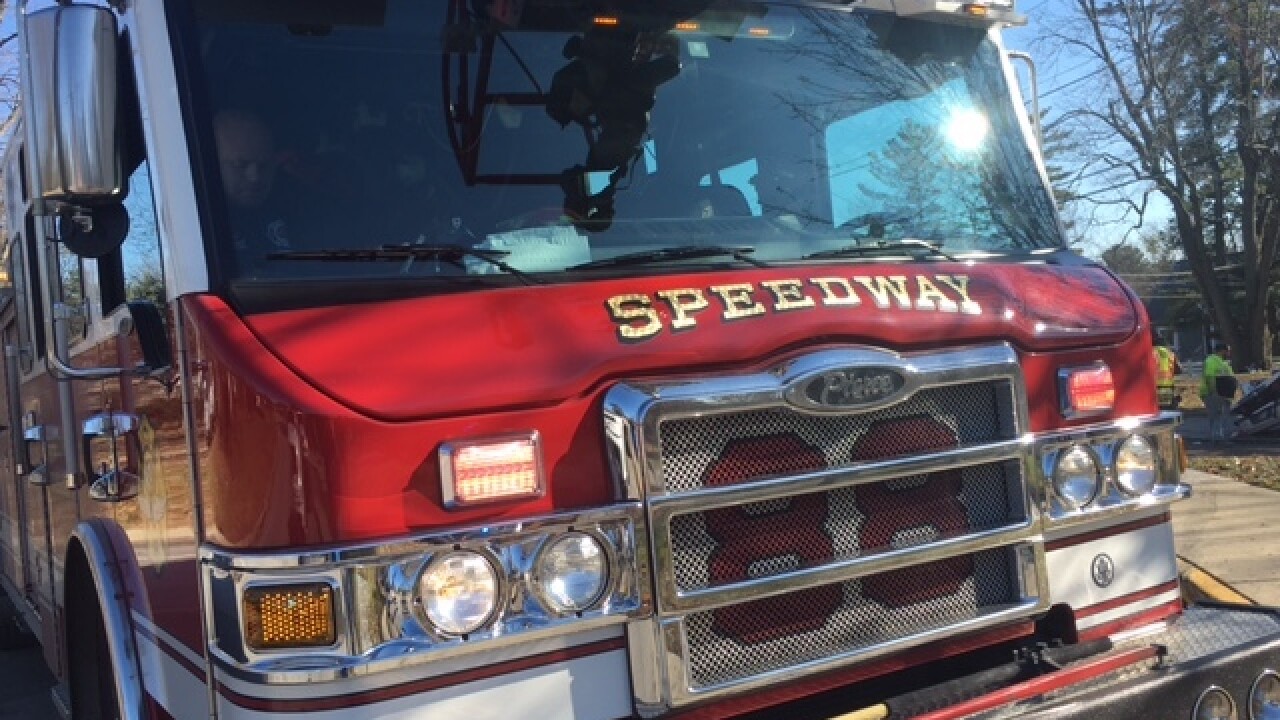 SPEEDWAY — A car split into two parts when it hit a pole Friday afternoon while fleeing from police in Speedway.

The crash happened near the intersection of 16th Street and Cunningham Road at about 1 p.m.

According to Speedway Fire Department Battalion Chief Everett Cheney, three people were in the vehicle when it struck a telephone pole and split in half.

"When I arrived on the scene to establish command, the first thing I checked was this part of the car to see if there were any bodies inside of it," Cheney said. "That's all I expected to see."

Three people were in the vehicle when it crashed. One fled on foot, the other two were hospitalized. The one who ran was caught at Speedway Town Hall, just north of the Speedway Police Department. They have not been identified.

Police say the chase began near the Kohl's in Speedway, less than a mile from the scene of the crash. The three people are suspected of robbing it just before the chase started.

Police had started to back off from the chase when the crash happened, Cheney said.

"It is amazing," Cheney said. "It's very seldom that you see, one, a car ripped in half by a stationary object, and two, that anybody walks away from it."