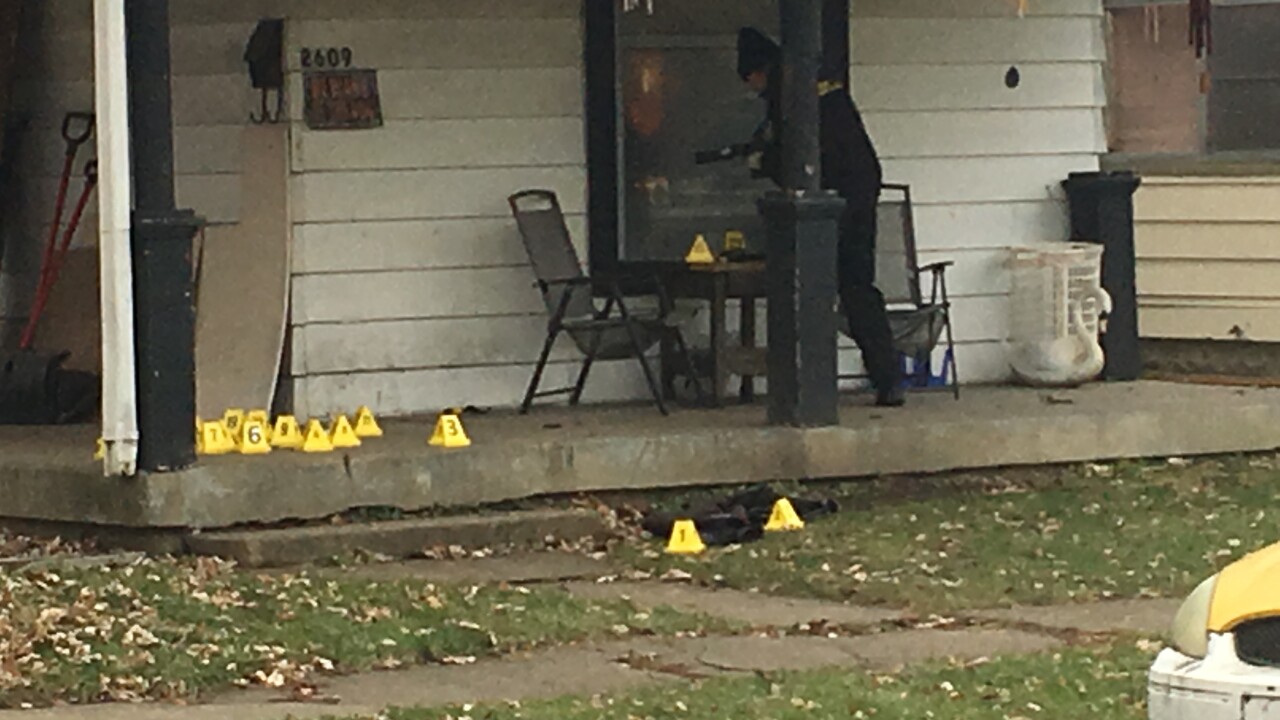 Indianapolis Metropolitan Police Department officers are investigating after a person was shot and killed on Saturday, December 22, 2018 on the westside of Indianapolis. Anyone with information is asked to call police or Crime Stoppers. <i>John Garing/RTV6 Photo</i> 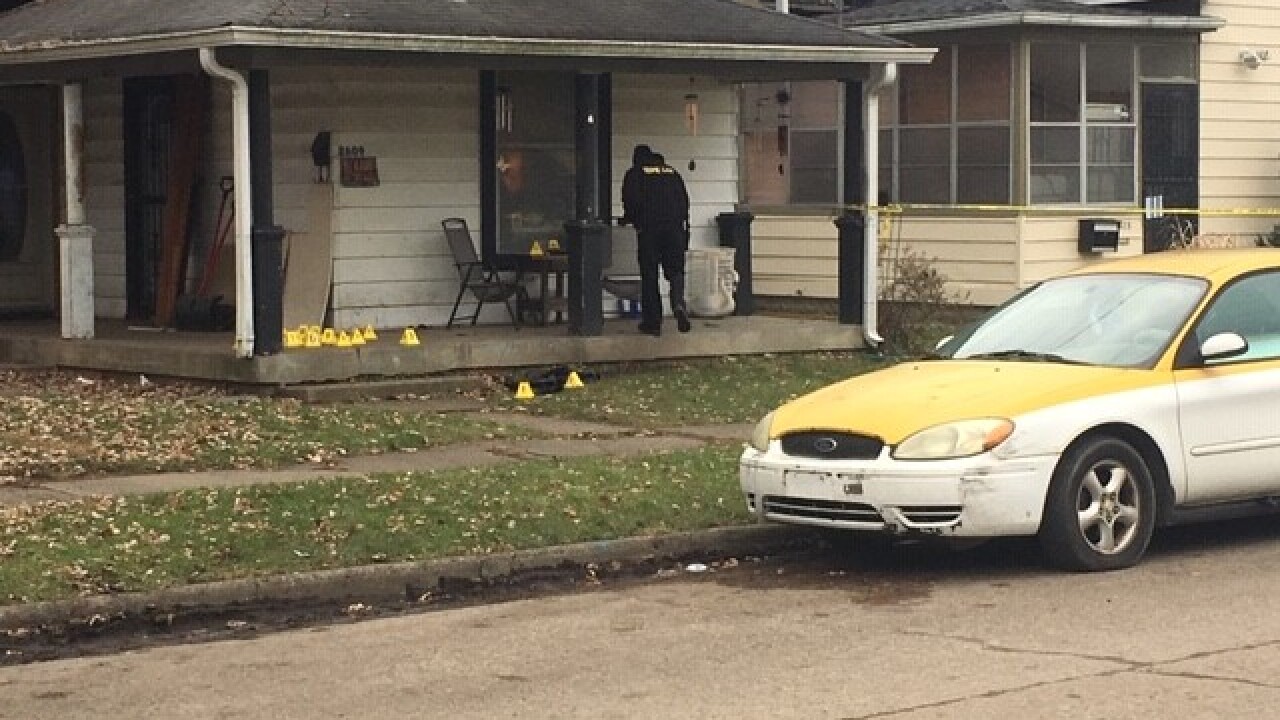 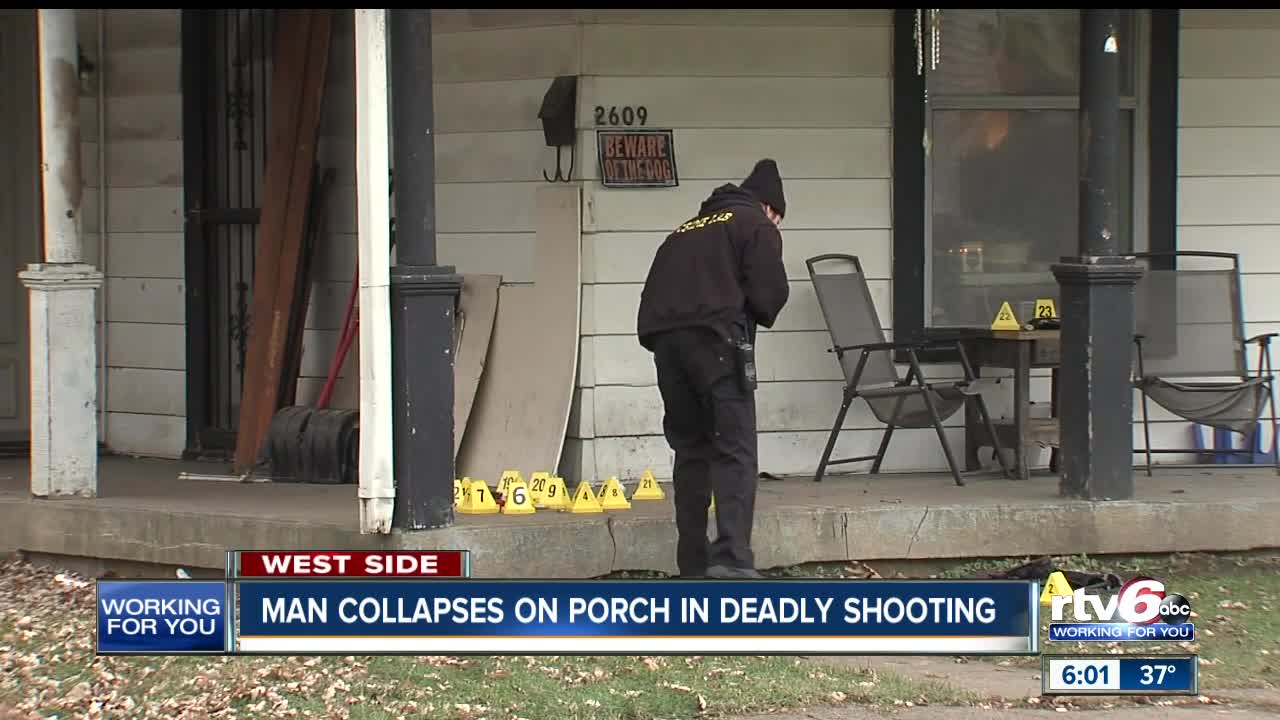 INDIANAPOLIS — A man is dead after they were found suffering from multiple gunshot wounds Saturday morning on a porch on the westside of Indianapolis.

Indianapolis Metropolitan Police Department officers and emergency responders were called around 8 a.m. to the 2600 block of Jackson Street on the report of a person shot. Officers arrived less than a minute later and found a man who was shot multiple times, IMPD said in a press release.

According to IMPD, the victim was transported to Eskenazi Hospital where they later died.

The identity of the victim or a suspect have not been released.

Anyone with information on the incident is asked to call Crime Stoppers of Central Indiana at 317-262-8477.