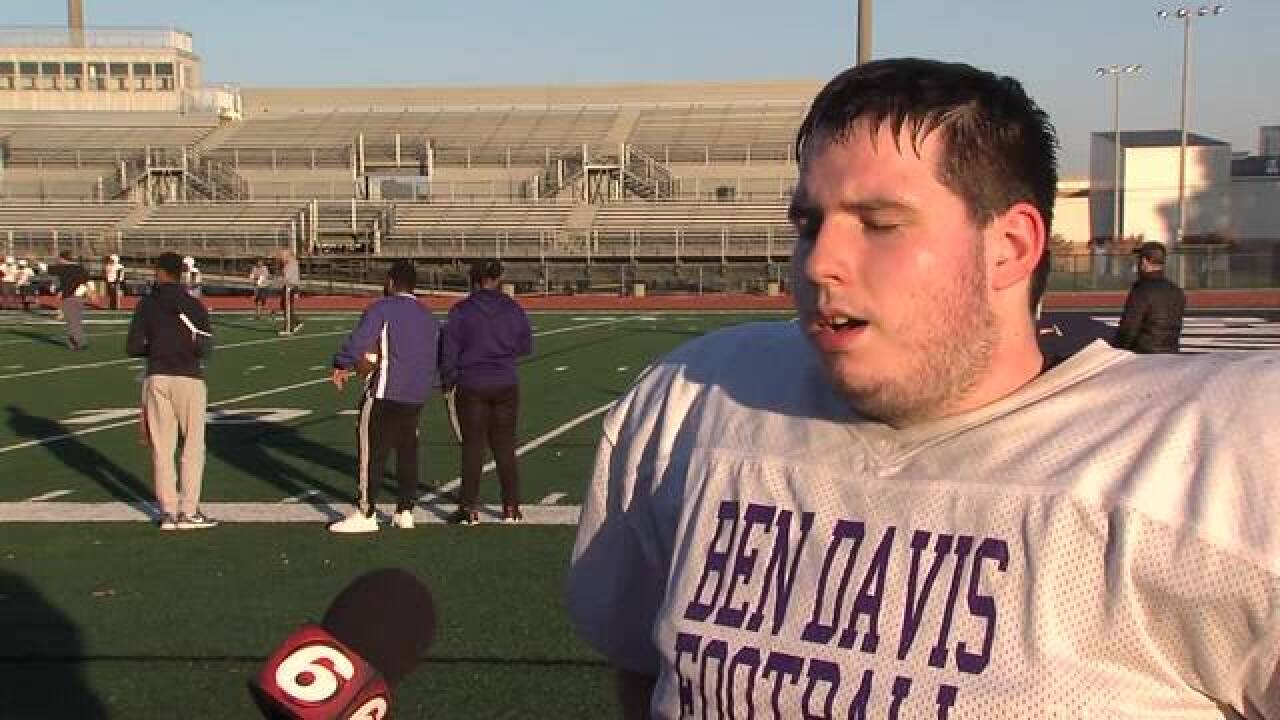 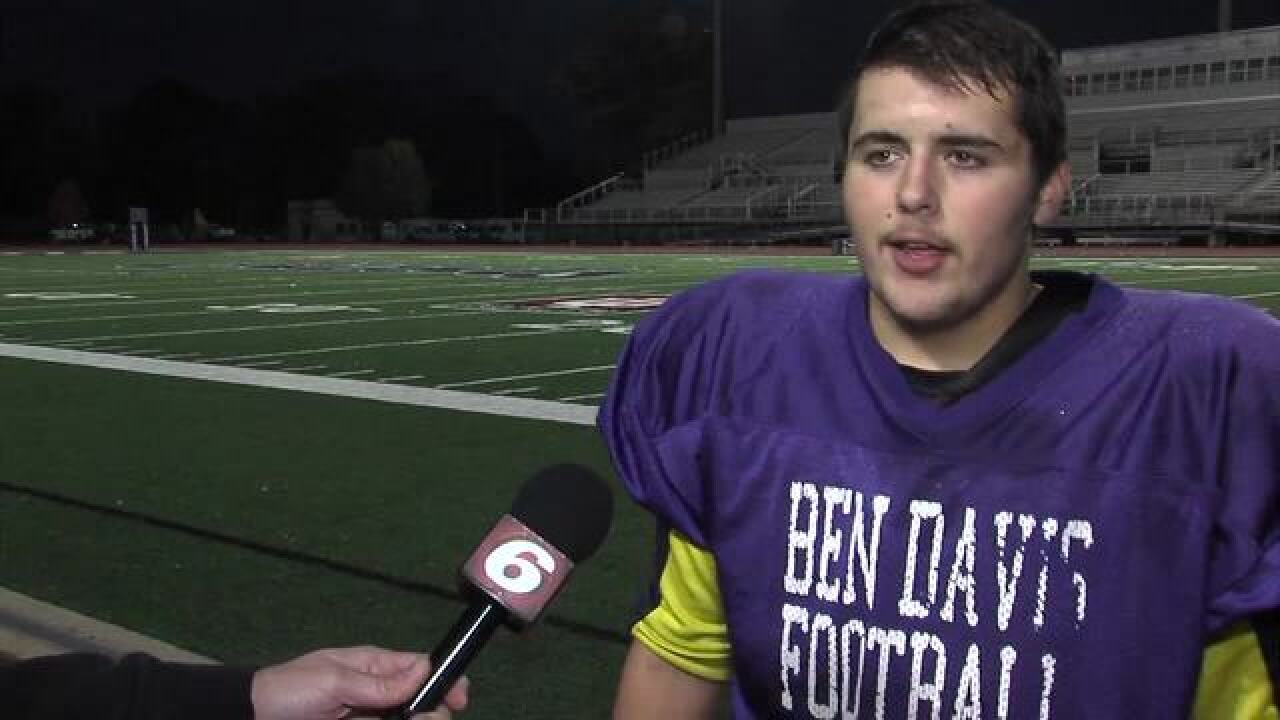 INDIANAPOLIS -- The Ben Davis High School football team is just one victory from a state championship and unbeaten season.

The Giants are 13-0, ranked first in the state among 6A schools, and ranked third nationally by USA Today.

Those are pretty impressive numbers.

McDonald has the top grades in a senior class of just over 1,000 students.

And right behind him is another Giant football player, defensive tackle Owen Price.

Academically, McDonald and Price are the top two students among Ben Davis seniors.

How do they do it, balancing class work, football practice and other activities?

McDonald, who plans to pursue engineering in college, credits his parents for much of his success.

"They’ve always pushed me to do my best and that is what I’ve done. They have always helped me study and if I need help, they are there to help me,” McDonald said.

His message to younger students is not to get behind as a freshman.

“People think freshman year doesn’t matter, but that’s the most important year. If you get on top that year, you’ll stay on top,” said McDonald.

Staying ahead of the game has been a key for McDonald who tries to get as much work as possible done at school, so he doesn’t have to take it home after football practice.

Price says his biggest challenge has been balancing school work, football and a part-time job.

He gets his work ethic from his mom.

“She’s just always been a hard worker, you know the single mom has six kids type of person.  I really appreciate her,” said Price.

Like his teammate, Price plans an engineering major in college, hopefully at Purdue.

More news from Indy's West Side