Worried about those wasps buzzing around? Relax. They're cicada killers, and they're not after you 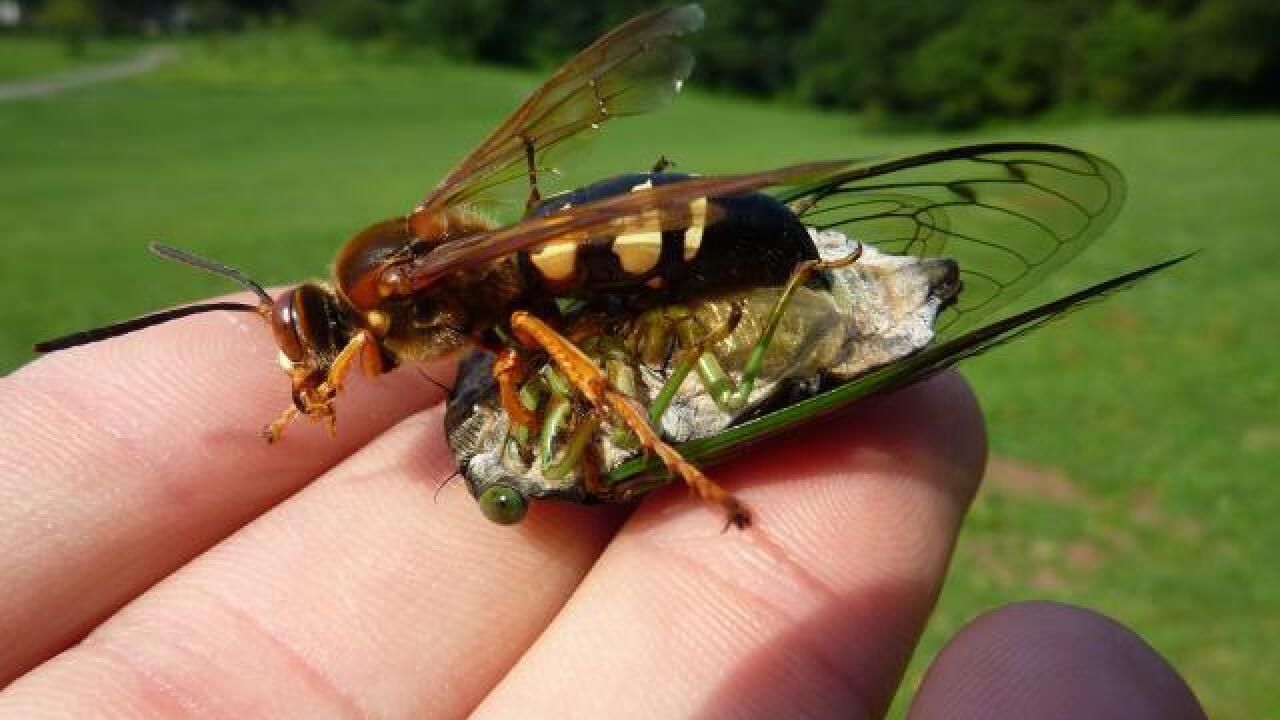 Perhaps you've seen these little guys buzzing around lately -- and if so, you've probably taken a step back.

Hornets, right? Guess again. They're cicada killers, and they're only threatening if ... well, if you're a cicada.

According to Cincinnati Zoo & Botanical Garden head insect keeper Mandy Pritchard, the cicada killer (Sphecius speciosus) is a solitary type of burrowing wasp that's often mistaken for a hornet. She said they're most commonly found locally hunting cicadas in trees or burrowing in soft ground.

Although the females are equipped with stingers, she said, they usually reserve that weapon for cicadas. Female cicada killers will only attack humans if they are provoked or stepped on, Pritchard said.

"It's not going to come after you to sting you," she said. "It's not interested in anything that you have, because they don't go after human food like another kind of wasp or yellow jacket might. And they don't have a nest to defend, which is what happens with other wasps when you get too close."

The males of the species do have a tendency toward aggression, she said, as they're competing for the attention of females. Once they feel they're in the perfect locale to attract the fairer sex, they tend to get territorial. Fortunately, she said, the males aren't equipped with stingers, so they're all bark and no bite.

"The males will wrestle each other for the ladies in the area to get the best spot to scope out females that might be passing by," she said. "The males would probably love to sting you, but they can't."