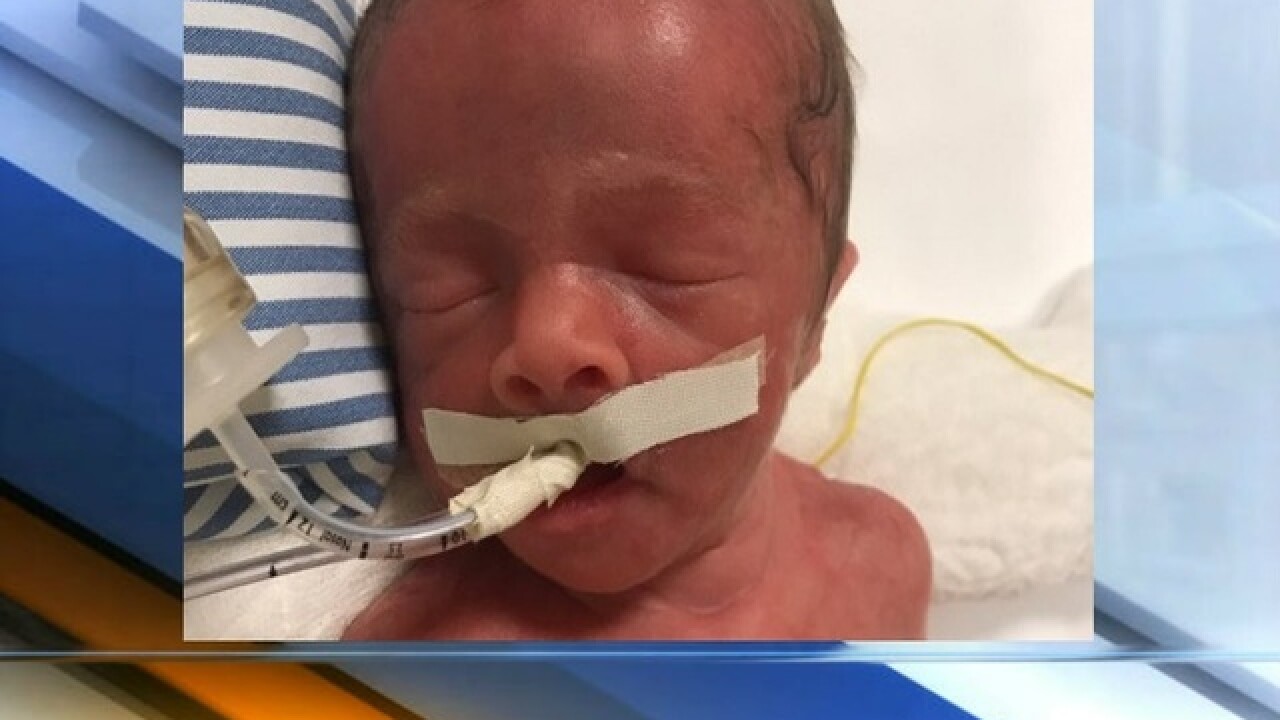 As of 7 p.m. Thursday, mom and the baby landed in Indianapolis at Riley Children's Hospital.

As of 2 p.m. Thursday, mom and the baby were able to get on a medical jet and are headed home to Indiana. Their first stop will be to Riley Hospital for Children once their flight arrives.

INDIANAPOLIS -- A Martinsville couple was forced to pay more than $30,000 in order to bring home their 2-day-old baby from a Mexican hospital.

Michaela and her husband were on vacation in Cancun when their child Beckham Ralph was born at 28 weeks by an emergency C-section. The couple said they thought everything was OK until the hospital demanded $30,000 in 30 minutes or they would be put out of the building.

Beckham’s grandparents have been forced to haggle with accountants at the hospital.

Family members said the hospital charged the couple for the emergency C-section, whenever they saw their child and even charged them to leave the building.

“They told her she could see him 15 minutes every three hours,” said grandmother Elaine.

Larry and Elaine said their biggest concerns are getting Beckham to the U.S. so he can receive proper care for premature babies. They reached out to local leaders for help – including the U.S. Embassy.

"I love him already,” said Elaine. “I'm a first-time grandma so you can't rob me of that."

The couple hired an air evac team with the plans of bringing Beckham to Riley Children’s Hospital.

The family said they have paid more than $30,000 to bring Beckham home. They are asking the community to reach out to Sen. Joe Donnelly for assistance.

Donation pages have also been set up for the family.