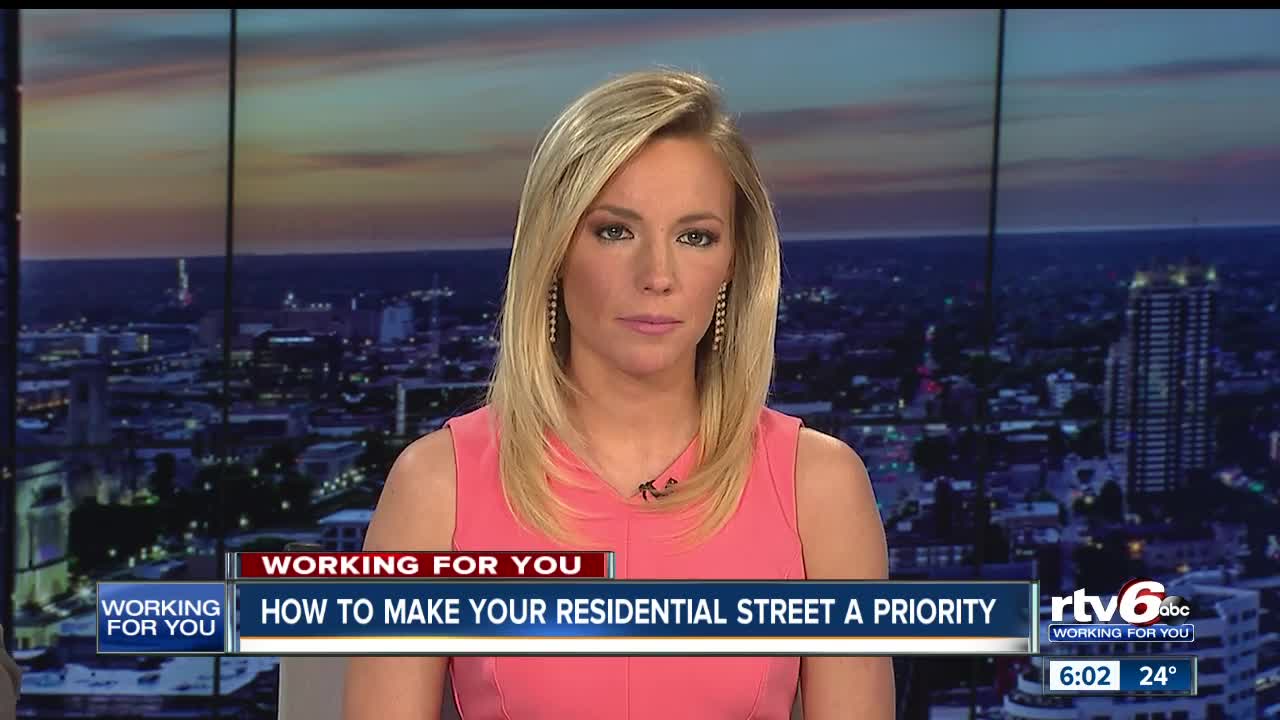 Residents of a southeast side Indianapolis neighborhood are trying to get the city to repave their pothole-filled street.

INDIANAPOLIS — Armstrong Drive is tucked away inside a neighborhood on the Indianapolis southeast side, in Franklin Township.

The street has more than its share of potholes and residents would like the city to take notice and start repaving.

Barbara Allen has lived on Armstrong Drive for 46-years and says the street has not been repaved in that time.

"I'm just trying to get things done. I know it's hard with everything and I know there are a lot of streets and the government has a lot of things to do, but we would like to have ours done too." said Allen.

She and her neighbors plan to reach out to the City-County Council member in their area and they will file complaints on Request Indy, which is part of the city's website.

DPW says it takes input from councilors and residents when deciding what streets to fix.

The department also says a new street maintenance team created this year will make it possible to reach areas that otherwise might not get attention.