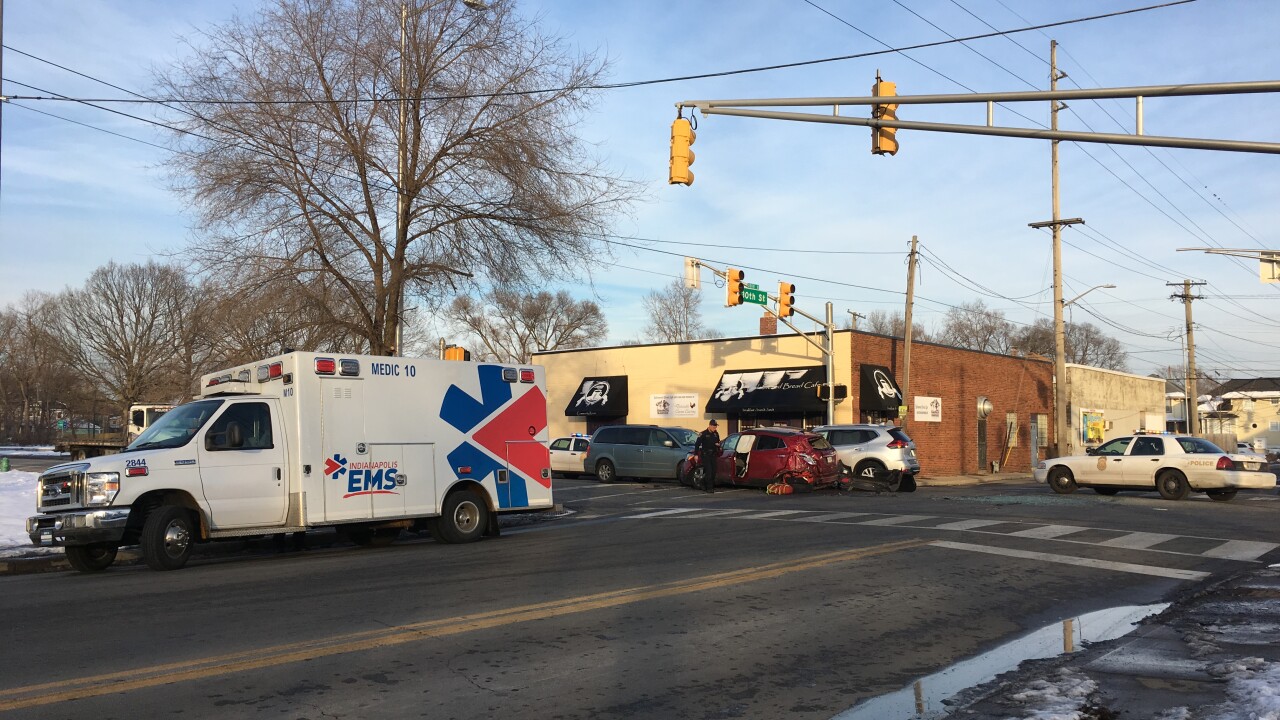 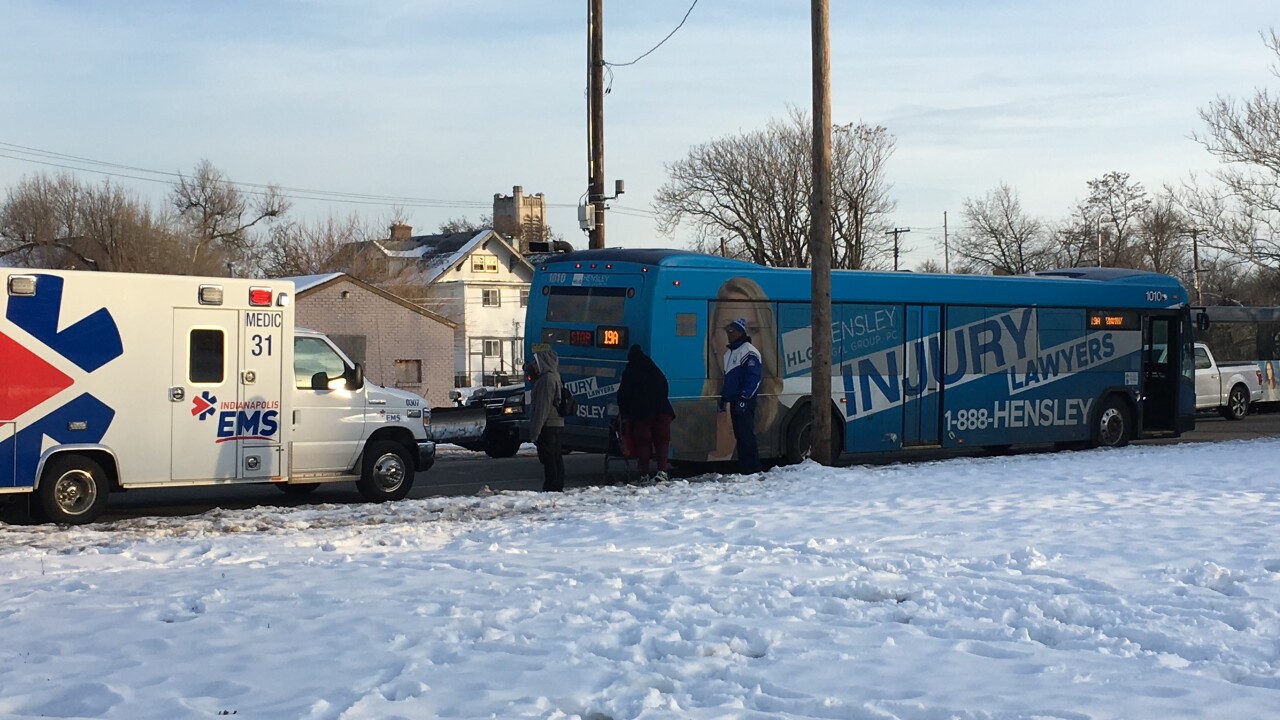 INDIANAPOLIS — A bus driver suffered what an IndyGo spokesperson described as a "medical emergency" late Friday afternoon, causing an accident on the Indianapolis north side.

It happened at the intersection of North Central Avenue and East 30th Street and involved the bus and two other vehicles.

Two damaged SUVs were at the accident scene, along with a bus that was also damaged.

The bus driver was taken by ambulance to a local hospital with injuries that did not appear to be life-threatening.

Passengers on the bus were not hurt.