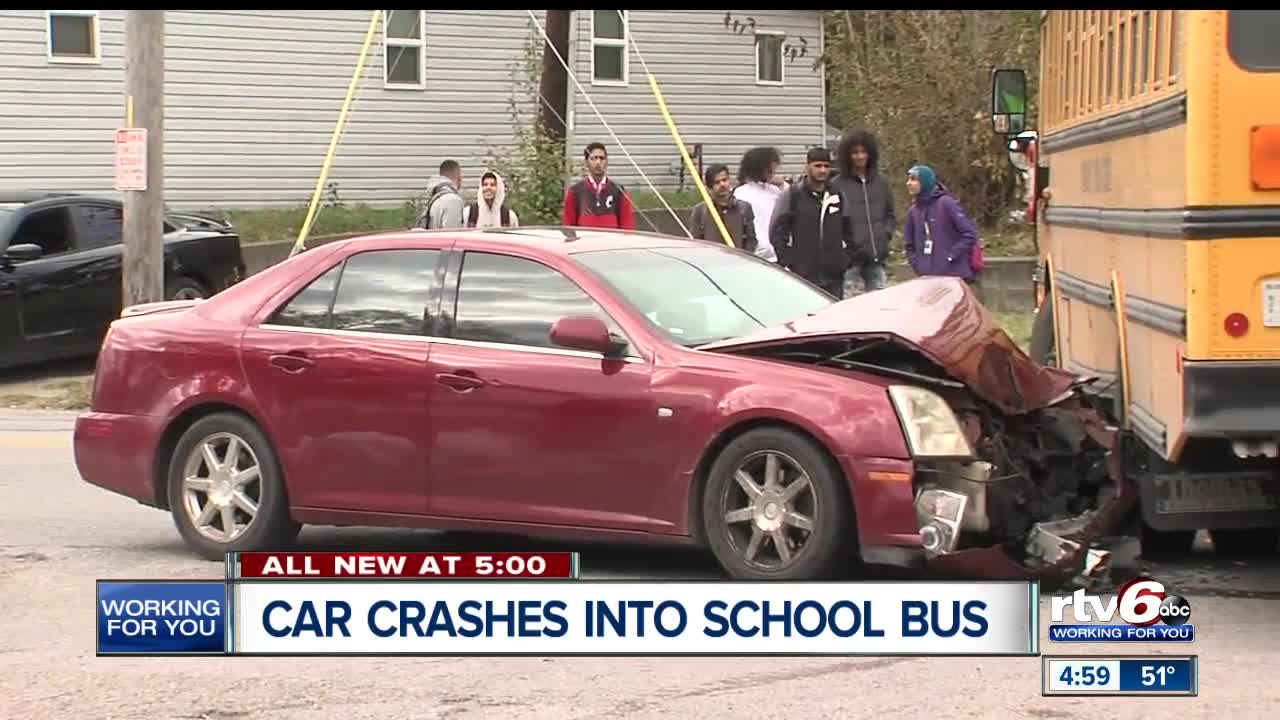 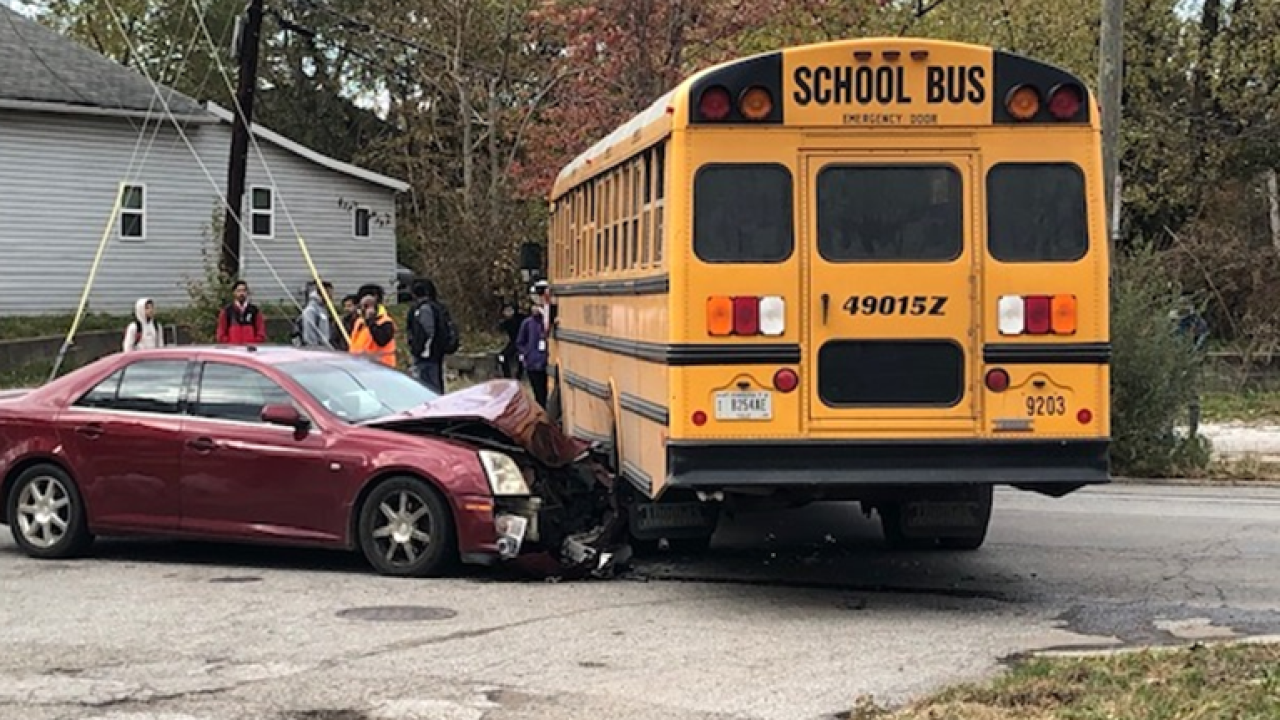 INDIANAPOLIS—Police say the driver of a school bus and the person behind the wheel of a car that hit it will be ticketed, following on accident on the Indianapolis west side, Wednesday afternoon.

According to a spokesperson for the Indianapolis Public Schools, about 25 students from Arsenal Tech High School were aboard the bus when it was hit by a car at West 10th Street and North Traub Avenue. That's a few blocks west of the White River.

There were no injuries and a second bus was dispatched to the scene to get the students home.

Police say the bus was turning from Traub to westbound 10th when it was hit on its side by a car traveling eastbound on 10th.

Damage to the car was extensive but there did not appear to be much damage to the bus, which is operated by Durham Transportation, a company IPS contracts with for some of its bus services.