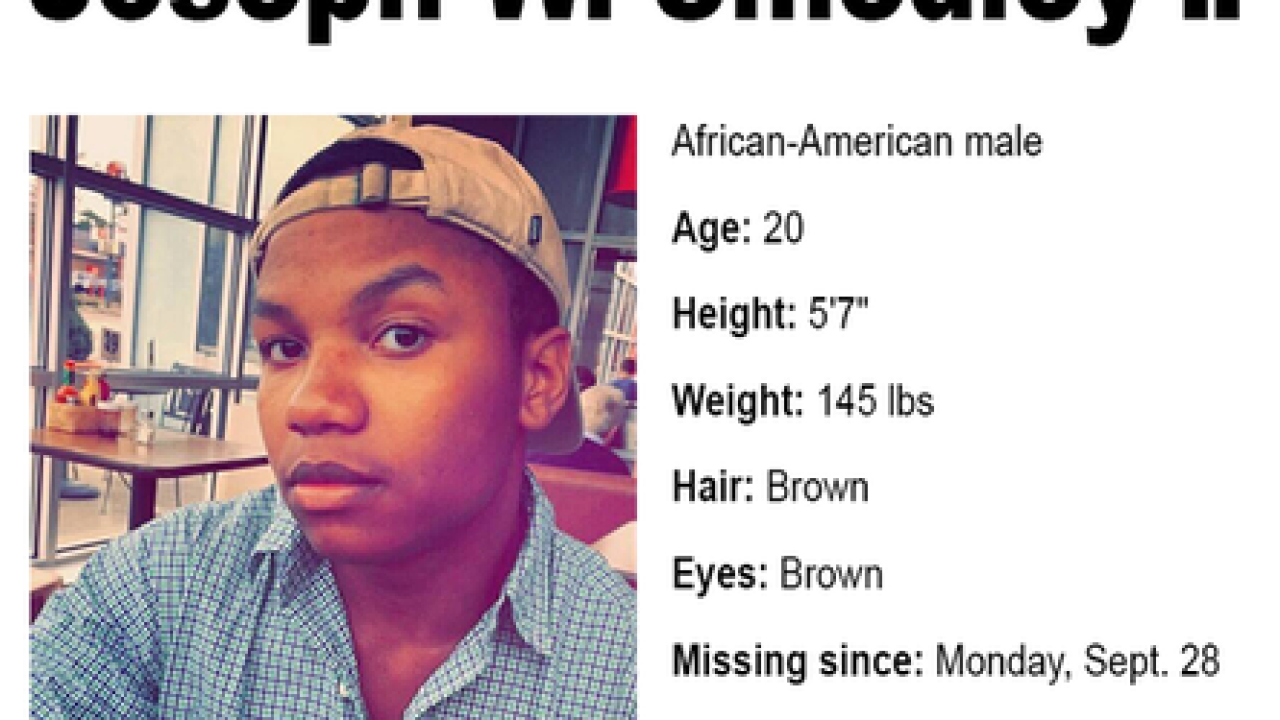 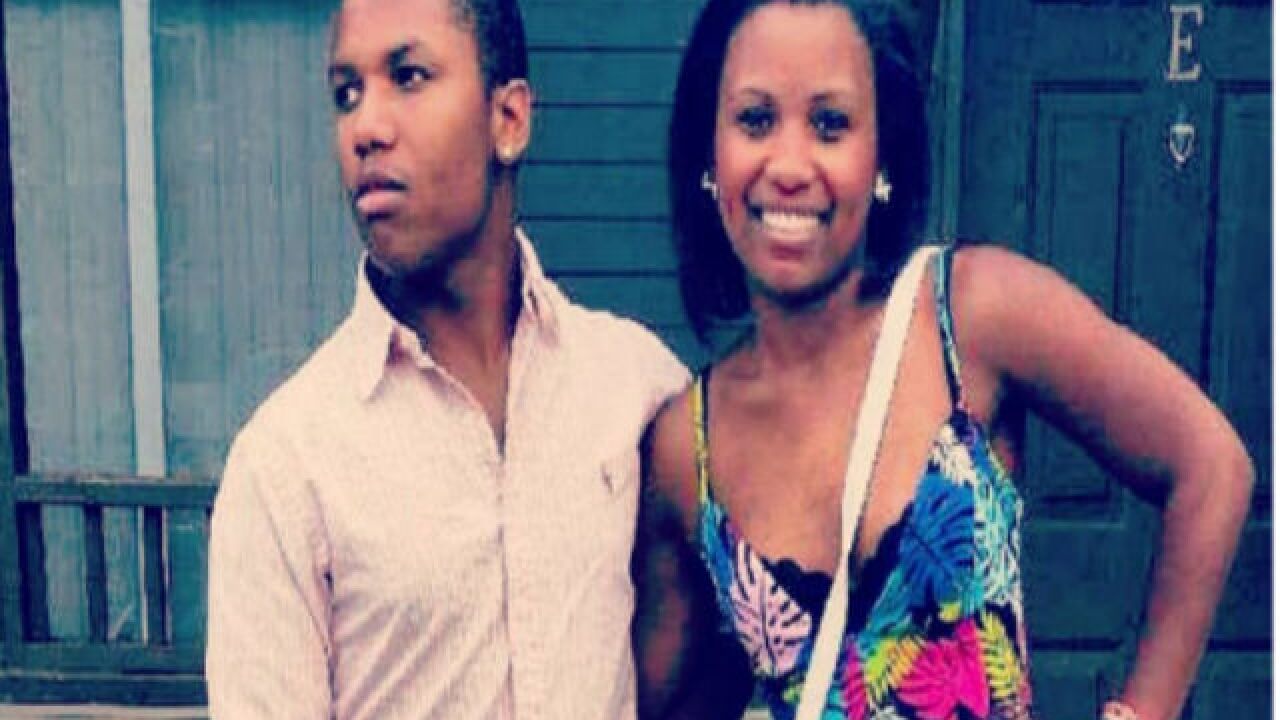 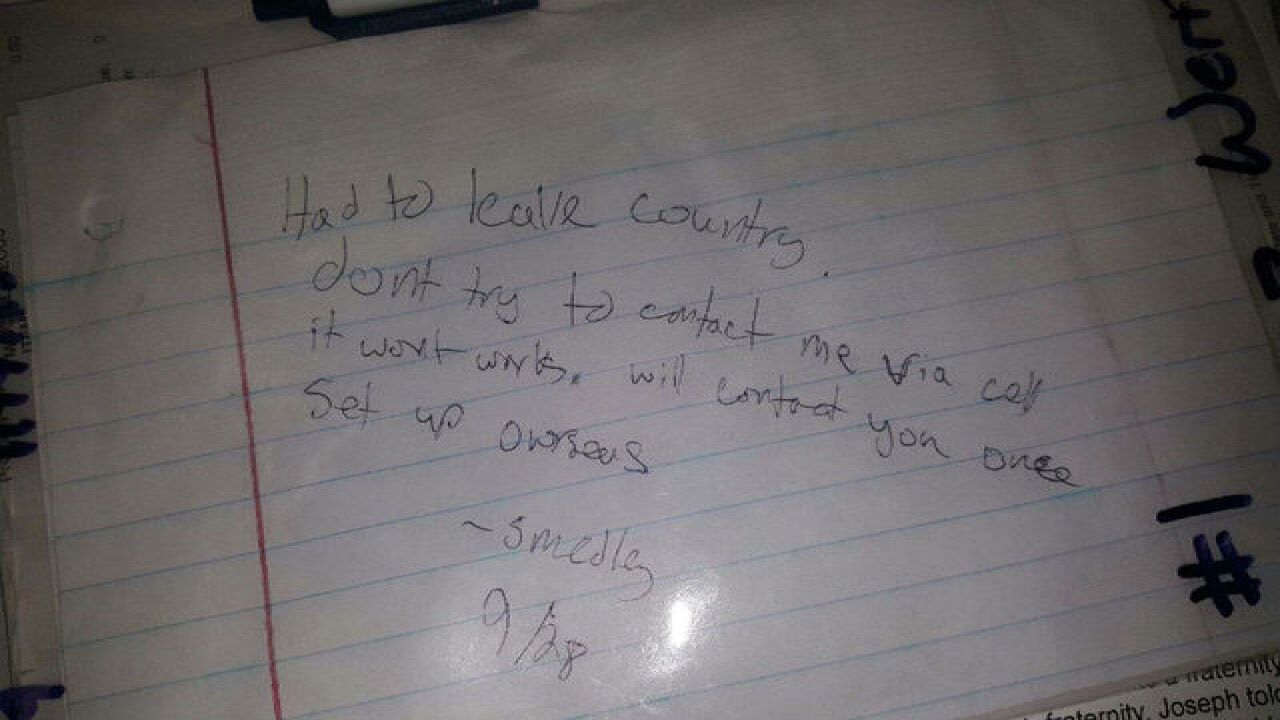 Joseph Smedley, 20, was last seen Sunday around 11:30 p.m. and was reported missing by his sister on Monday.

The hashtag #FindJosephSmedley is being used on Twitter, passed around by hundreds of accounts since Monday with the hopes of finding him.

He is described as 5 feet, 7 inches, 145 pounds, with brown hair and brown eyes.

Smedley's sister received a text message from Smedley's phone on Monday around 4:15 a.m. that said, "Viv i love you. I'm leaving the country. By not telling you why I'm keeping you safe and protected. Please don't try to contact me at this number, it won't work. I'll contact you once I'm set up overseas. Thank you for everything viv, i love you. And im sorry."

This text was sent from missing IU student Joseph Smedley's phone on Monday. #FindJosephSmedley More at 4pm on @rtv6 pic.twitter.com/xo4JfYz2Np

A note was also left behind on his bed that read, "Had to leave country. Don't try to contact me via cell it won't work. will contact you once set up overseas."

According to a press release from IU spokesman Mark Land, police have no reason to suspect foul play at this point, but searches of Smedley's home, car, and computer and phone records have not indicated where he might be.

Cell phone records indicate Smedley may  have been in an area near Old State Highway 37 north of Bloomington around 6:30 a.m. on Monday. IU police and other law enforcement searched the area, but did not discover any evidence that Smedley has been in that area.

Smedley, a sophomore studying biochemistry, is from Indianapolis. He shares an off-campus residence with multiple roommates. They have all been interviewed by police and are cooperating.

According to Land, while enrolled for the fall semester, Smedley has not been attending classes since the start of the fall semester. He also does not possess a known passport and there is no evidence that he booked travel out of the area.

IU has been the site of multiple high-profile student disappearances over the past few years. The most famous is of Lauren Spierer, who disappeared in 2011.

Hannah Wilson's mother: 'She was really something'

Friends, family gather to remember the life of Hannah Wilson