School has been waiting nearly 10 years for bloom 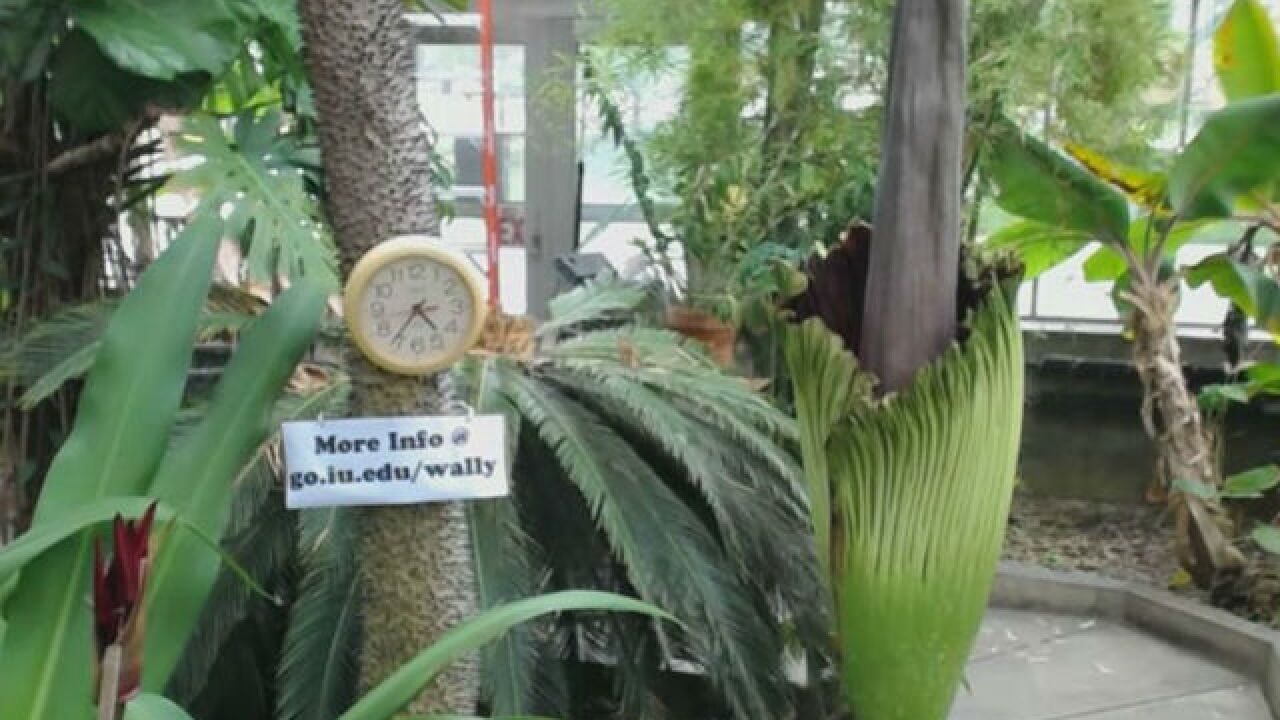 Corpse flowers are large plants that can require eight-to-20 years of growth before blooming, like this one, for the first time. Subsequent blooms can happen as often as every three years after that.

The plant gets its name from the foul, death-like odor it releases to attract insects which feast on dead animals.

IU's corpse flower was donated by Greg Speichert, former director of the Hilltop Garden and Nature Center at the school, in 2007.

The school is hosting a livestream of the flower's blooming. You can watch here.