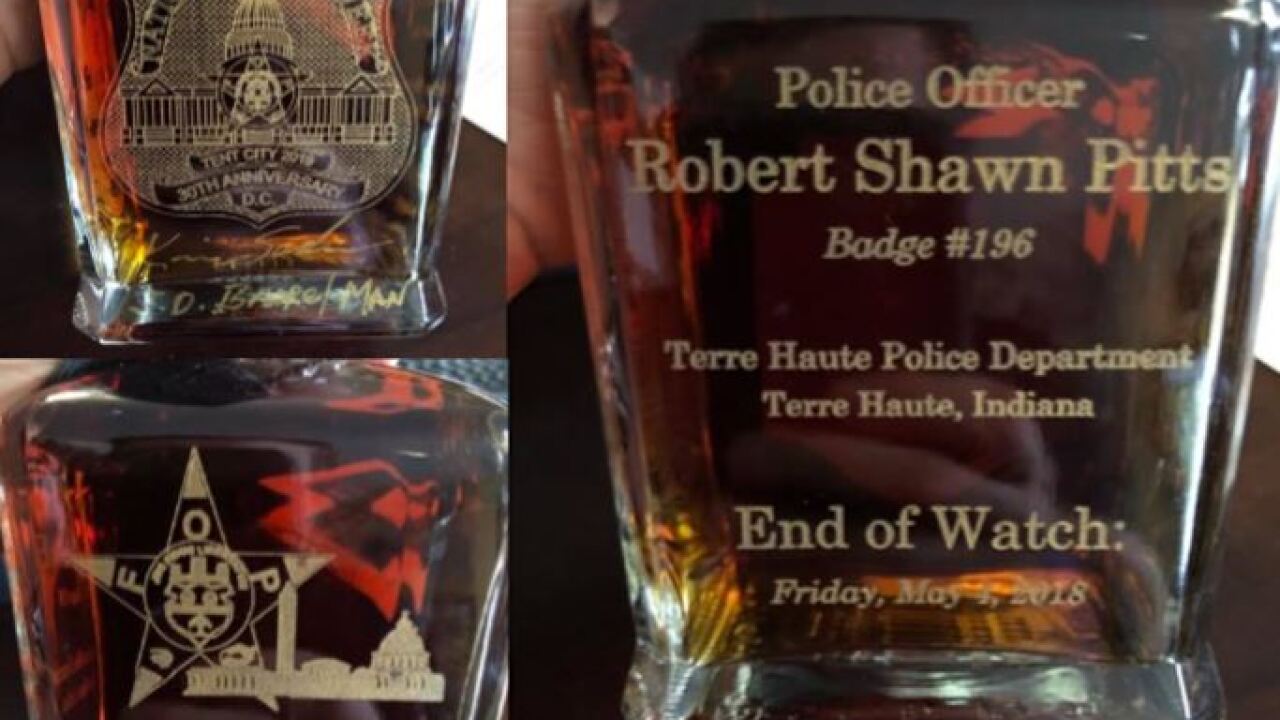 TERRE HAUTE — Jack Daniels had a special surprise for the family of fallen Indiana police officer Robert Pitts this week.

The Tennessee Whiskey company created a special bottle in honor of Officer Pitts, who lost his life in a shootout with a suspect back in 2018.

Pitts' brother, Greg, shared photos of the bottle on Facebook along with a special message of thanks to Jack Daniels for the tribute to his brother.

"For a company such as this to do something like this. I have no words," Gregg Pitts, officer Pitts' brother said. "It's another way that I know Rob will never be forgotten."

Jack Daniels tells RTV6 the bottle was a commemorative piece that was "specially engraved for the family of Officer Pitts." They have no plans to make the bottle available for purchase to the public.

Pitts and three other officers were looking for a potential homicide suspect in May 2018 when the suspect began shooting at the officers from the second floor of an apartment building. The officers returned fire. Pitts was wounded and later died.