Jeff Dunham is coming to Indianapolis in 2020 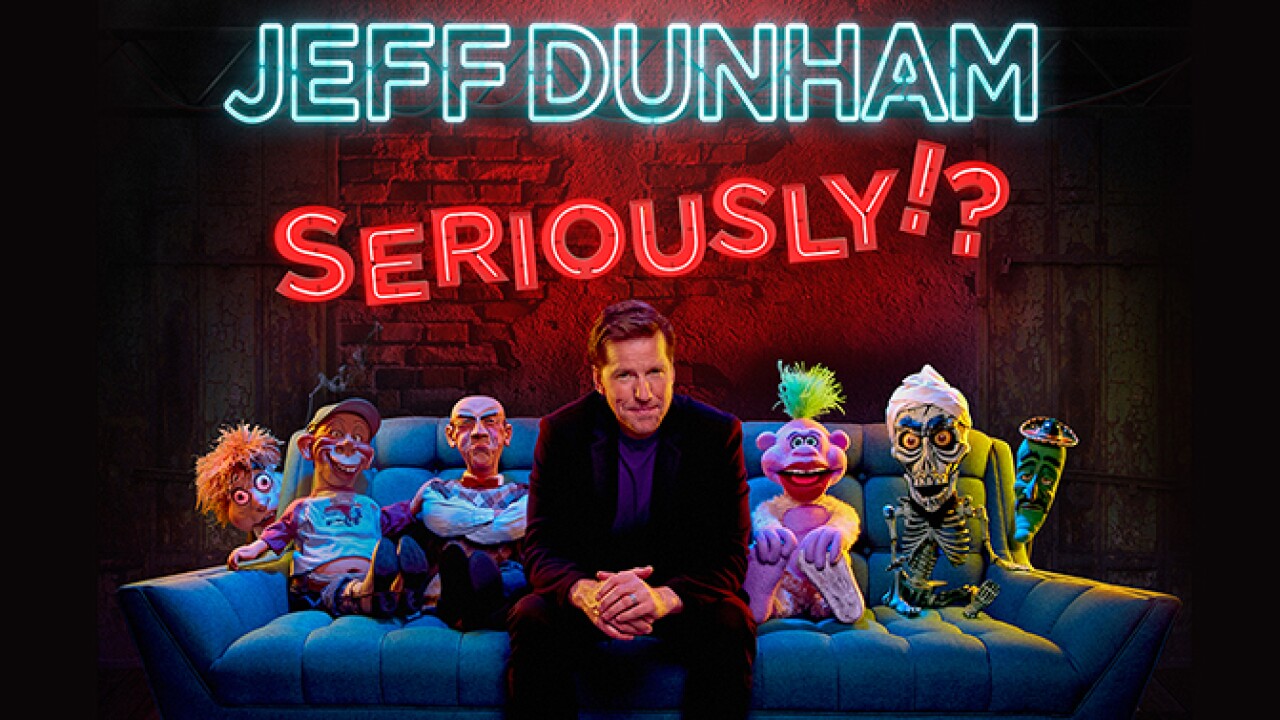 INDIANAPOLIS — Everybody's favorite comedian and ventriloquest is bringing his new tour to Indianapolis at the start of next year.

Tickets for the Indianapolis show go on sale starting Monday, October 7, at 10 a.m.

Dunham's "proteges," Peanut, Walter, Jose Jalepeno, Bubba J and Achmed the Dead Terrorist will be joined on tour by his new character, "Larry," the personal advisor to the President.

Dunham will perform in Indianapolis at Bankers Life Fieldhouse on Sunday, Jan. 12, 2020 at 3 p.m.

Dunham's cohorts Peanut, Walter, José Jalapeño, Bubba J and Achmed the Dead Terrorist will be joined by the newest member of the troupe, Larry, who shares what it's like to work at the White House as the president's personal advisor.

Dunham's latest stand-up special, "Jeff Dunham: Beside Himself" is now available to stream on Netflix.

You can find a full tour schedule HERE.