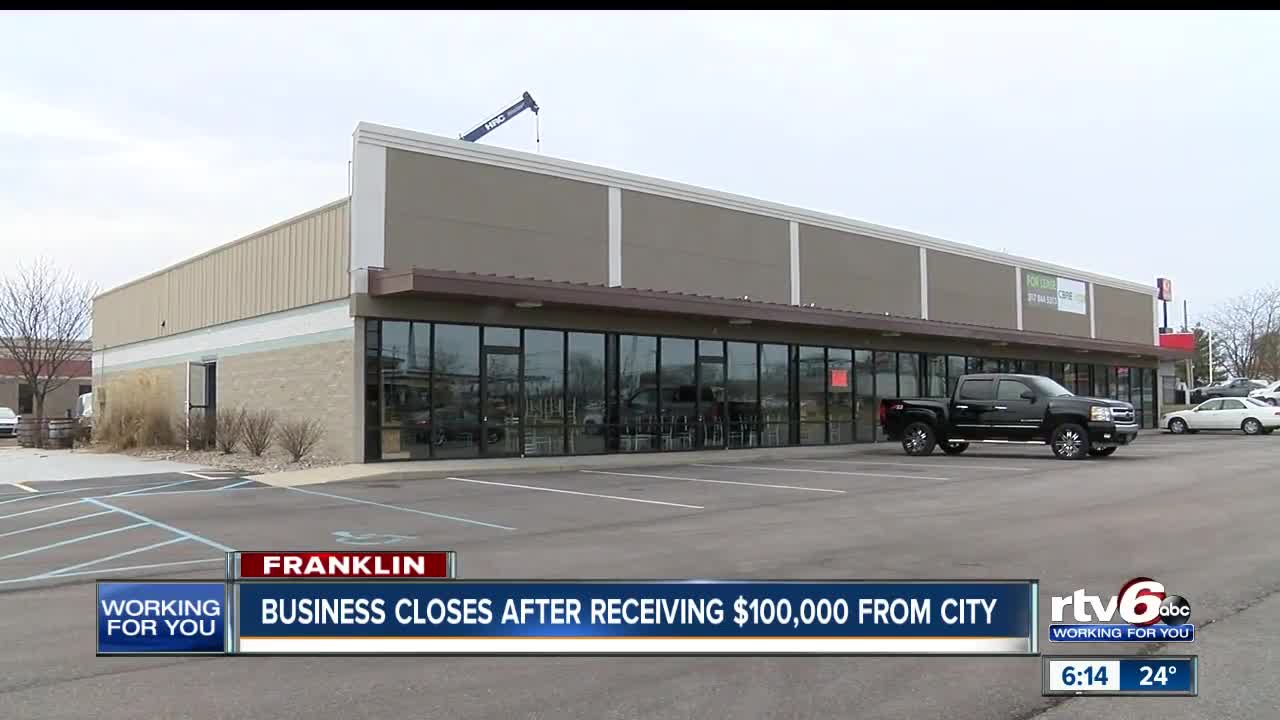 FRANKLIN — Many people are asking questions after a business in Franklin closed it's doors, but received thousands of dollars in grant money from the city only two years ago.

Other businesses in Franklin want to know what happened after Hoosier Brewery had only been open for about two years and given $100,000 from the city of Franklin.

"I think the people have a right to know where their tax money went and how it was spent," Pamela Parker, Owner of JP Parker Flowers, said.

Hoosier Brewing, formally located off King Street near I-65, was given a $100,000 grant for building improvements and kitchen equipment when they first moved in two years ago.

They struggled and closed up shop; making people who live and own businesses in Franklin frustrated.

I sat down with Mayor Steve Barnett, who tells me the redevelopment commission offers grants to attract new businesses to the city.

Barnett said Hoosier Brewing met their two year requirement to stay in business, and the money stayed with the building. The kitchen equipment is still there.

"Receipts were on file and our community development director has those receipts," Mayor Barnett said. "The redevelopment commission approves it and so will all the money... nobody took off with anything."

Parker said more transparency and a checks and balance system would make her feel better so this doesn't happen again.

RTV6 reached out to Hoosier Brewing for comment, but have not yet heard back.

A new business - Wooden Bear Brewing - has since moved into the location and is set to open in March.