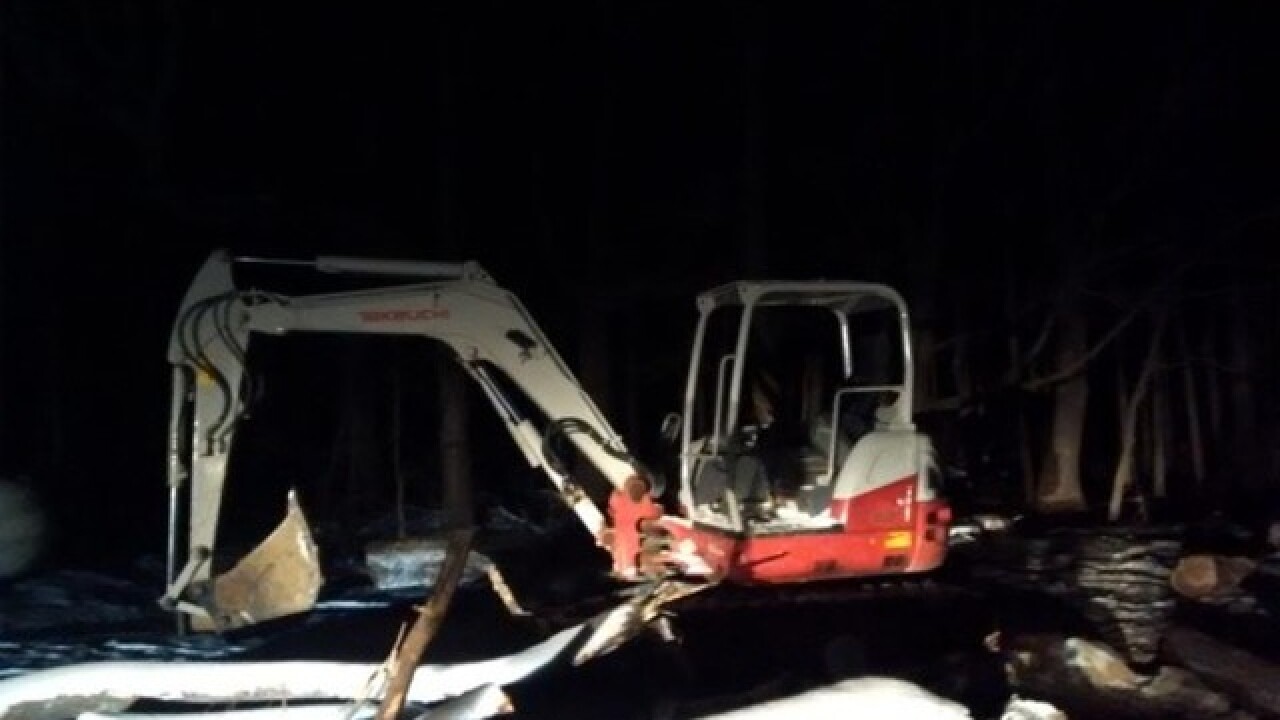 Thursday evening, a Greenwood, Indiana man called Indiana State Police, saying he received a tip that his stolen excavator may be in Parke County. The man's 2016 Takeuchi Mini Excavator was stolen from a Greenwood-area job site in December 2017. The excavator was valued at $50,933.

The victim received a call from a business that had identified the equipment as stolen. The victim told police the location and the excavator's serial number.

Police went to the location in the 4600 block of E. Rosedale Road, and found the excavator in the driveway. It matched the serial number of the stolen one. The equipment was seized and the suspect was arrested. The suspect, Bradley A. Thompson, 34, was arrested on a preliminary charge of possession of stolen property.

MORE TOP STORIES |     Sam's Club closing some Indianapolis-area locations  |  What do do about your Sam's Club membership  |  Family desperately searching for Indianapolis woman missing since Dec. 15  |  Former caretaker arrested in murder of Brownsburg woman  |  Owner facing arrest after dog found frozen to death, 3 others left out in extreme cold