Person killed in NB I-65 crash near Greenwood 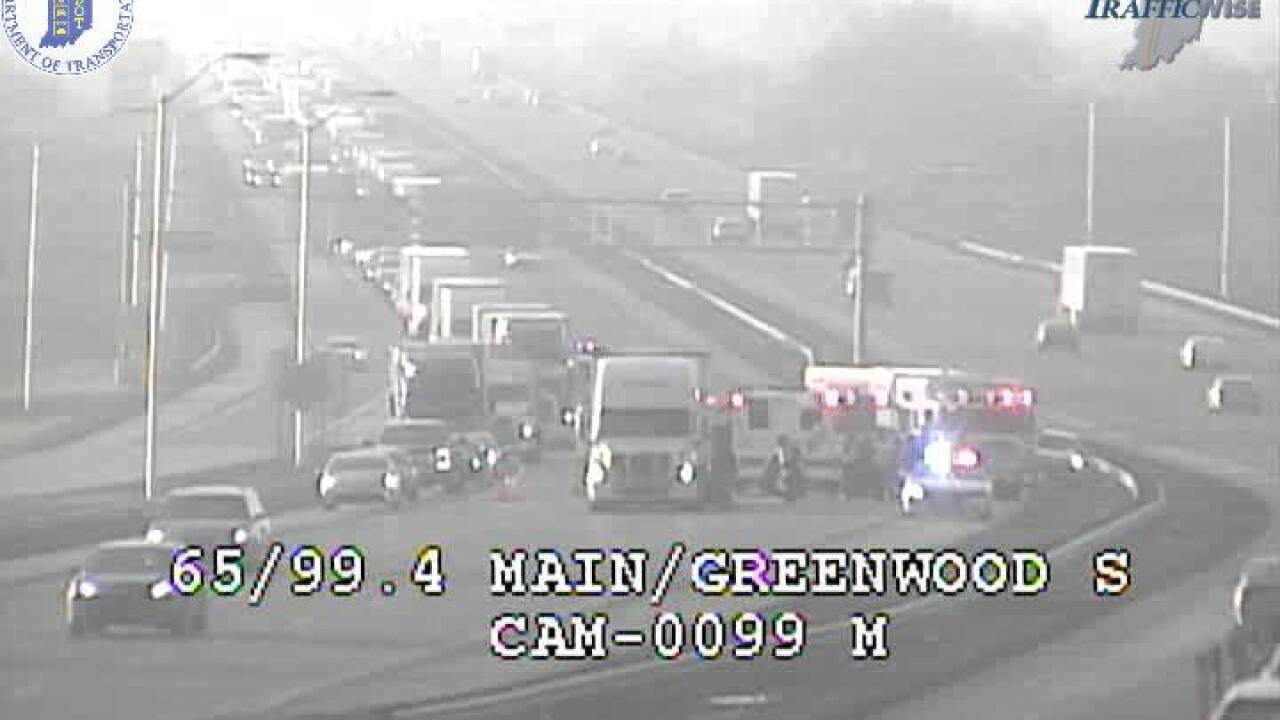 GREENWOOD — One person was killed in a crash Wednesday morning on I-65 in Greenwood.

The crash happened in the northbound lanes of I-65 near Mile Marker 99, at approximately 7:35 a.m.

Indiana State Police Sgt. John Perrine said there is one confirmed fatality in the crash.

Perrine said a semi tractor-trailer was stopped in the northbound lanes due to a lengthy traffic backup. A 2015 Chevrolet passenger car struck the rear end of the semi trailer at a high rate of speed. The force of the impact caused the car to go underneath the back of the trailer, he said.

The driver of the passenger car was was pronounced dead at the scene. The victim's identity is being withhelding pending the notification of extended family.

The driver of the semi, Robert Coleman, of Pennsylvania, was not hurt.