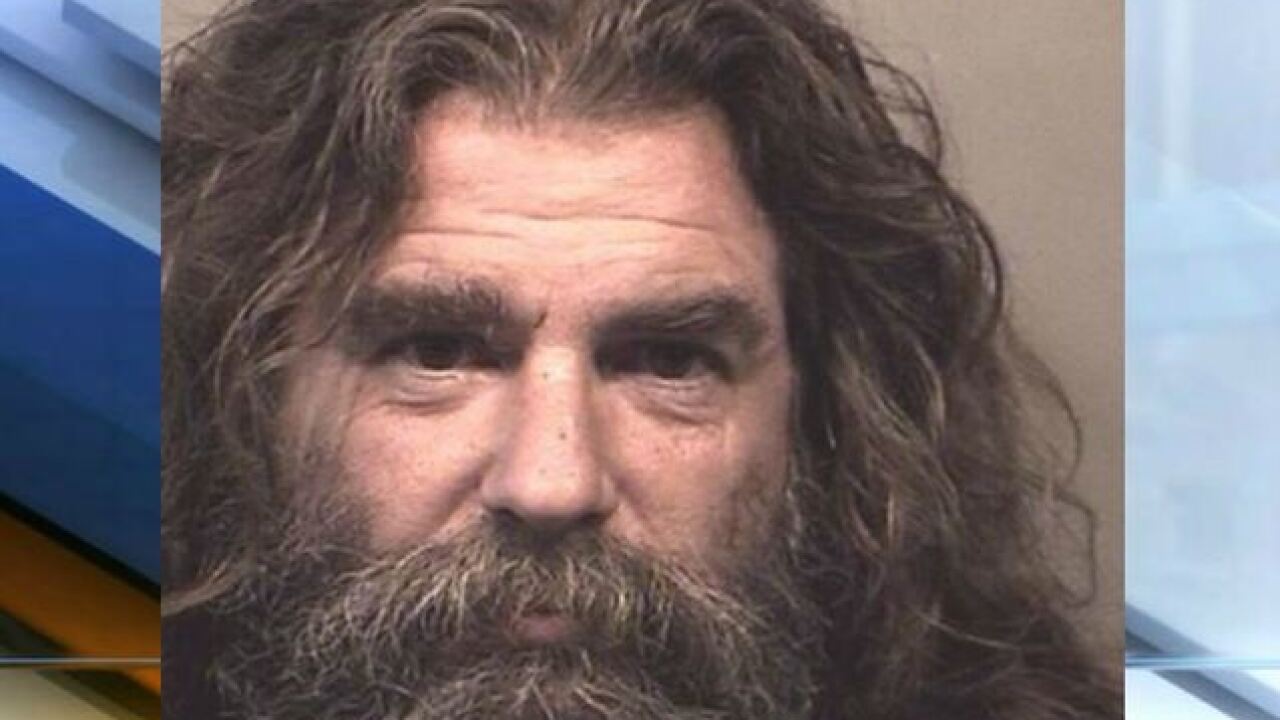 GREENWOOD, Ind. -- A man is accused of brutally attacking a woman who was trying to help him out by letting him live with her.

An officer found the terrified 69-year-old woman walking down a road in the middle of the night, covered in blood with a black eye and wearing only a nightgown and flip-flop-type shoes.

According to court documents, the woman told the officer that she was trying to get to her daughter's house. The officer said she "seemed distraught, very confused and panic state of mind."

The victim told investigators that Joseph Hicks, 50, had been living at her home for more than a year and she had allowed him to move in to help him out but during that time she had grown so scared of him that she wouldn't ask him to leave.

She said Hicks had gotten drunk and stormed into her bedroom while she was sleeping, carrying a knife and threatening her, because she had not invited him to a lake party she had gone to earlier in the day.

The victim said Hicks shoved her bra down her throat to try to choke her and began beating her and breaking "everything" in her room.

Court documents detail the damage officer found inside the woman's bedroom, which he calls "indescribable."

"Everything inside of the room had been broken or thrown around. The ceiling fan was ripped off, the door appeared to have been kicked in, the bed was in several pieces, the television was broken and the dresser was flipped over."

The victim said Hicks held her in the room for several hours and would not let her leave.

Detectives found a large six to nine-inch knife on the nightstand as well as the bra that the victim claimed was shoved down her throat.

"There was no doubt in my mind that she had been trapped in that room for a long time," the officer who responded to the home wrote in his report.

The victim told officers she was eventually able to escape when Hicks passed out. That's when she started walking to her daughter's house.

When officers came  back to the home to find Hicks and ask him what happened that night he told them "I got a little crazy."