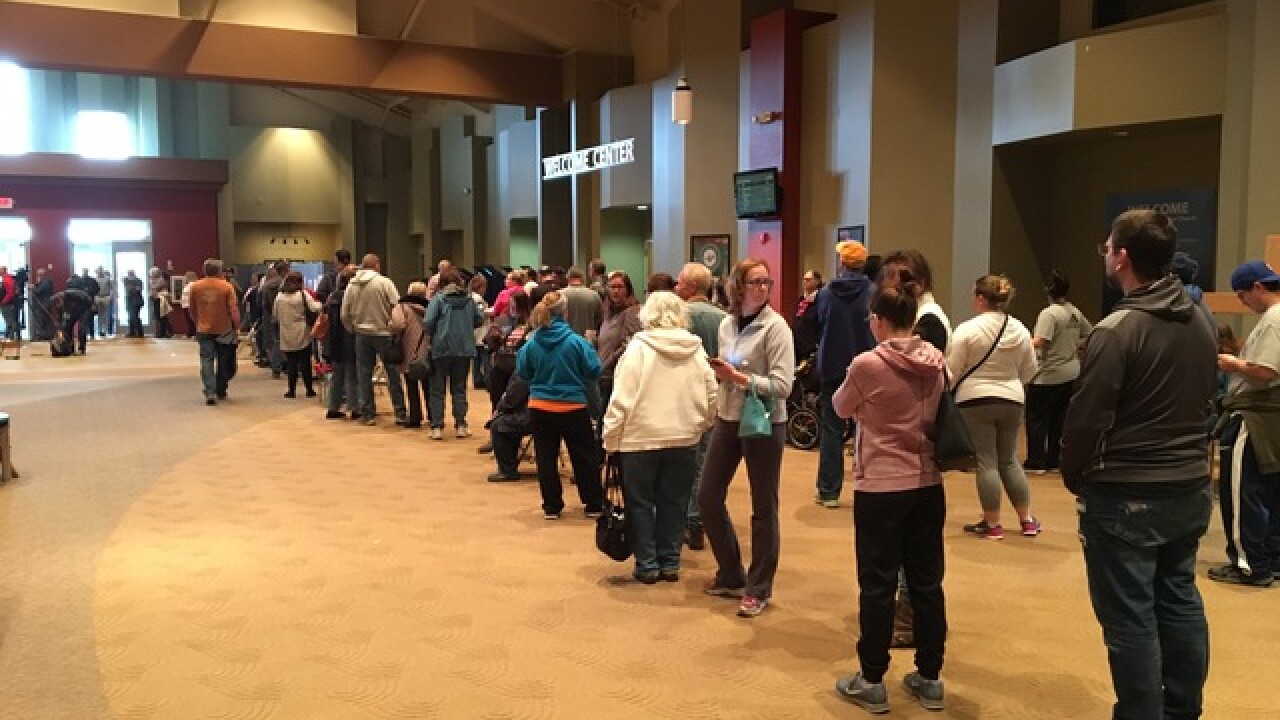 JOHNSON COUNTY, Ind. — Issues with checking in voters caused long voting delays in Johnson County and across Indiana on Tuesday.

Johnson County Clerk Sue Misiniec said the problem started at about 10 a.m. and was with activating a ballot for the voter, not the actual voting machines. The system Johnson County and some other Indiana counties use is called ES&S, a company from Omaha, Nebraska.

Just before 3 p.m. ES&S released a statement saying the issue had been resolved and voting would be continuing.

The issue in Johnson County, Indiana has been resolved, resulting in faster check-in times for voters. Earlier in the day, the poll book, which is used to check in voters but is not related to voting machines themselves, was running slowly. The poll book operation is now significantly improved. We apologize to voters and to elections officials in Johnson County, Indiana for longer wait times than expected, and we thank everyone for their patience.

The Johnson County Election Board President says they will not seek a court order to extend hours despite people being turned away because of the software issue.

A similar issue was discovered during the primary elections, but officials were told it would be fixed for the general election, she said.

The ES&S system is used in many counties nationwide and several other Indiana counties including:

The Brown and Carroll county clerk's offices said they also experienced issues with their system. Some Indiana counties have disconnected from the server, speeding up the process for voters.

It is unclear what led to the issues Tuesday. The issues never affected a person's actual vote, just the process for checking a person in, according to the election board.

Carolyn Durbin said she was waiting at the Greenwood Christian Church to vote. She said the church offered water, coffee, candy, snacks and chairs to people in line.

Yes I was. Arrived at 9am and finally left after finally getting to vote at 12pm. Kudos to Greenwood Christain Church for offering water, coffee, candy, snacks and finally chairs to people in line.