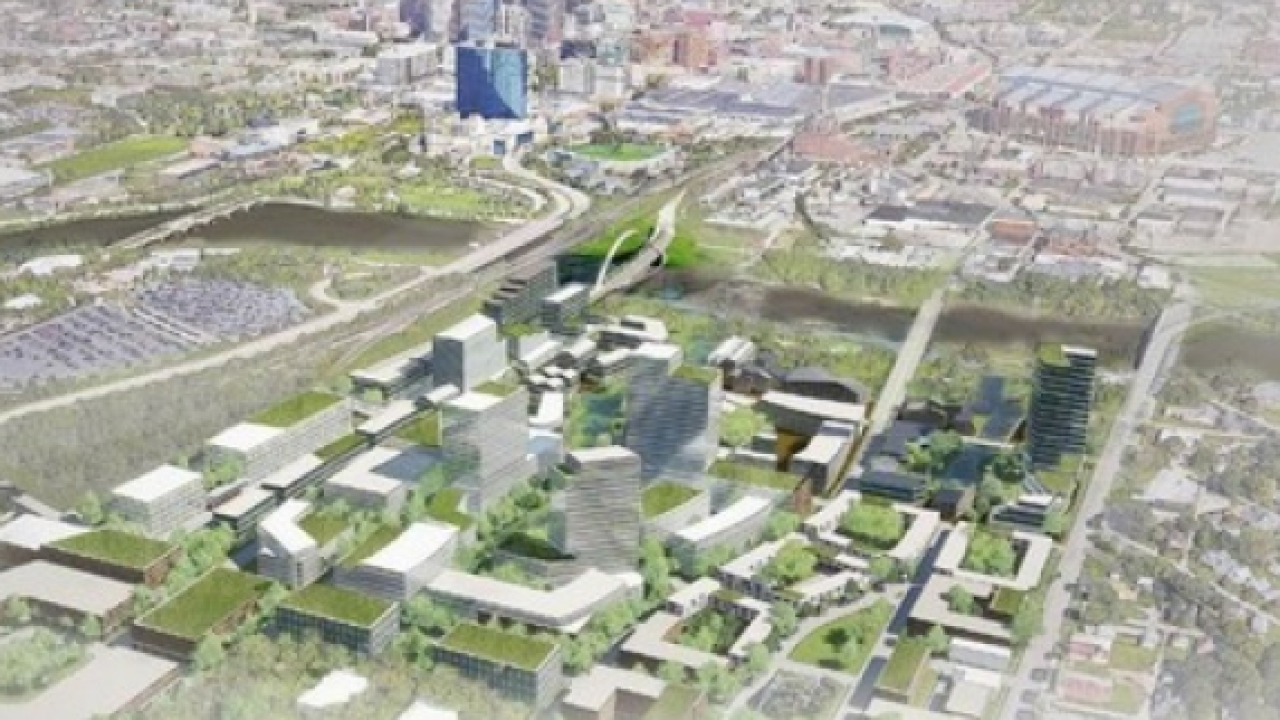 INDIANAPOLIS — There could be progress in efforts to end the complicated legal stalemate over valuable land just southwest of downtown Indianapolis where General Motors once had its stamping plant.

Problems began late last September when Ambrose, which had previously purchased the property, told the city its was pulling out of a planned $1.4 billion mixed-use redevelopment of the 90 acre site.

Ambrose indicated it would look for another developer, but the city had other ideas that included using eminent domain to reclaim the land, which is just to the west of the White River and south of the Indianapolis Zoo.

Ambrose then sued, saying the city was costing it millions of dollars in damages. At the time of the suit, Ambrose issed a statement which reads, in part:

The City entered into a binding contract whereby it agreed that it would not seek to take the property by eminent domain, and the City is required by law to uphold its promise. By making baseless eminent domain threats, the City has slandered our title to the Waterside property and prevented any sale from occurring, resulting in Ambrose losing between $65 to $100 million – the value of the property. The City’s only defense so far has been that it committed fraud: that the City may take the property at its whim because the City isn’t required to keep its promises. The City is wrong but – even if the City was right – then the City committed fraud by promising not to take the property, inducing us to invest millions in Waterside, and now going back on that promise by taking the property without our consent.

On Friday, following the court order for mediation, Donnie Morgan, the city's chief lawyer, had this to say:

Since Ambrose Property Group first announced it is not going forward with its planned development of the former GM Stamping Plant site, the city’s goal has been to protect the future of this critical property. Consistent with that goal, we continue to welcome discussions with Ambrose and hope that Judge Oakes’s decision to will provide a venue for productive dialogue.

Whether the mediation process works remains to be seen. Ambrose and the city are expected to report back to the judge in early May.