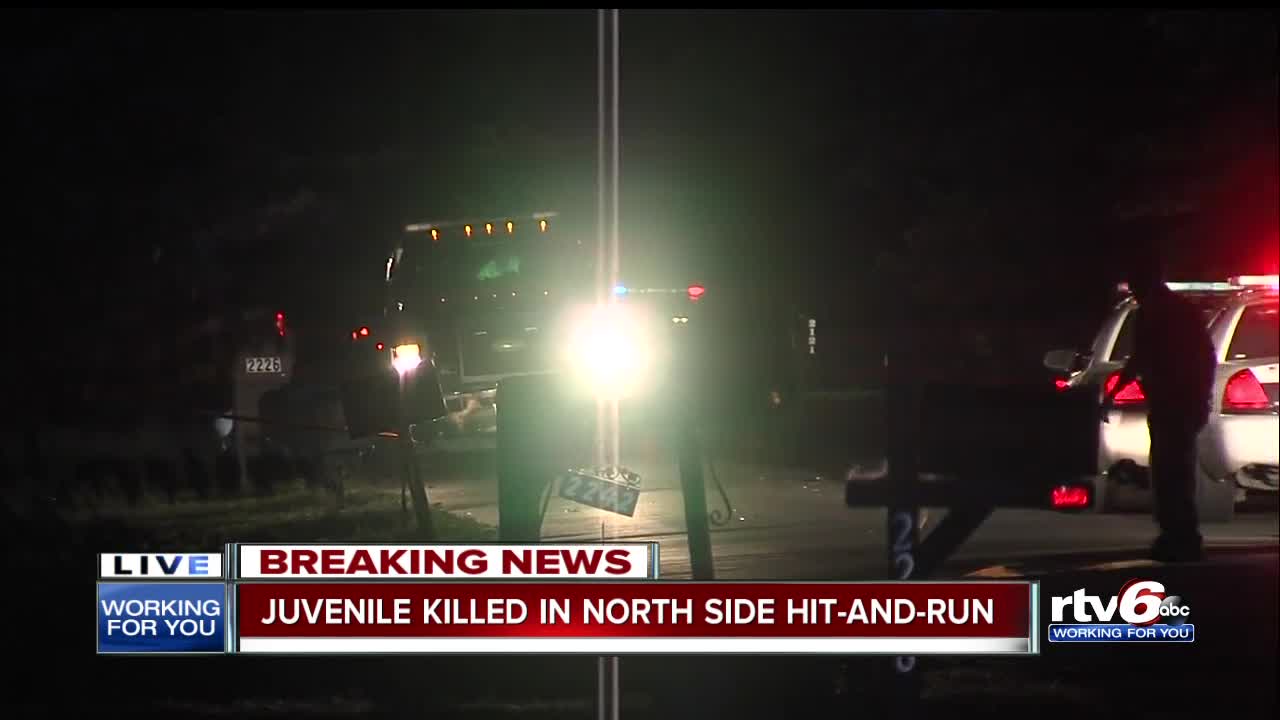 A teenage boy died after he was struck by a vehicle and the driver fled the scene.

UPDATE: The Marion County Coroner's Office has identified the victim as Luis Patino, 14.

INDIANAPOLIS — A teenage boy died Wednesday night following a hit-and-run on the north side of Indianapolis.

Officers were dispatched to the 2200 Block of West Coil Street just after 8 p.m. The teenage boy was riding a motorized minibike when a vehicle ran into the back of him. He was pronounced dead at the scene, according to information from the Indianapolis Metropolitan Police Department.

The driver of the vehicle got out and ran away. Police searched the vehicle and found the driver's registration.

RTV6 LIVE from the scene: