Kessler Boulevard ramps closing for up to 60-days: How to handle the detours 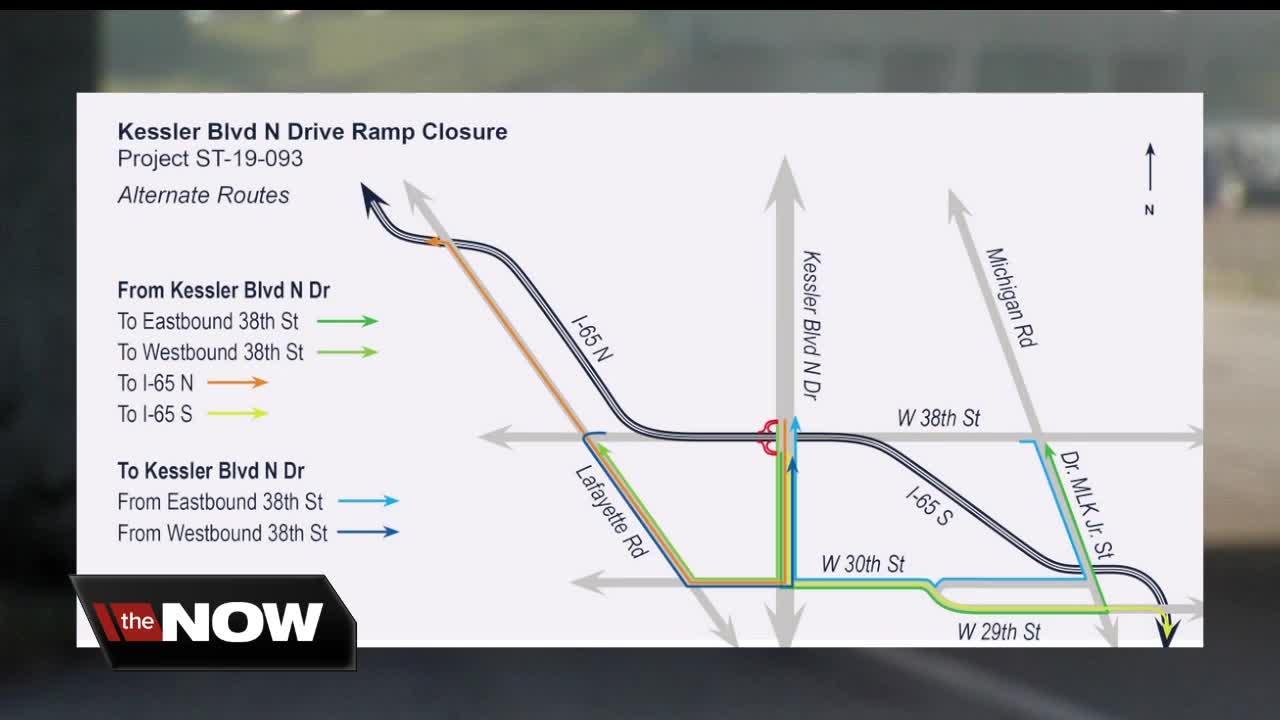 Your commute might get a little messy as the Department of Public Works closes four different ramps at the Kessler Boulevard/I 65 interchange on the Indianapolis northwest side. 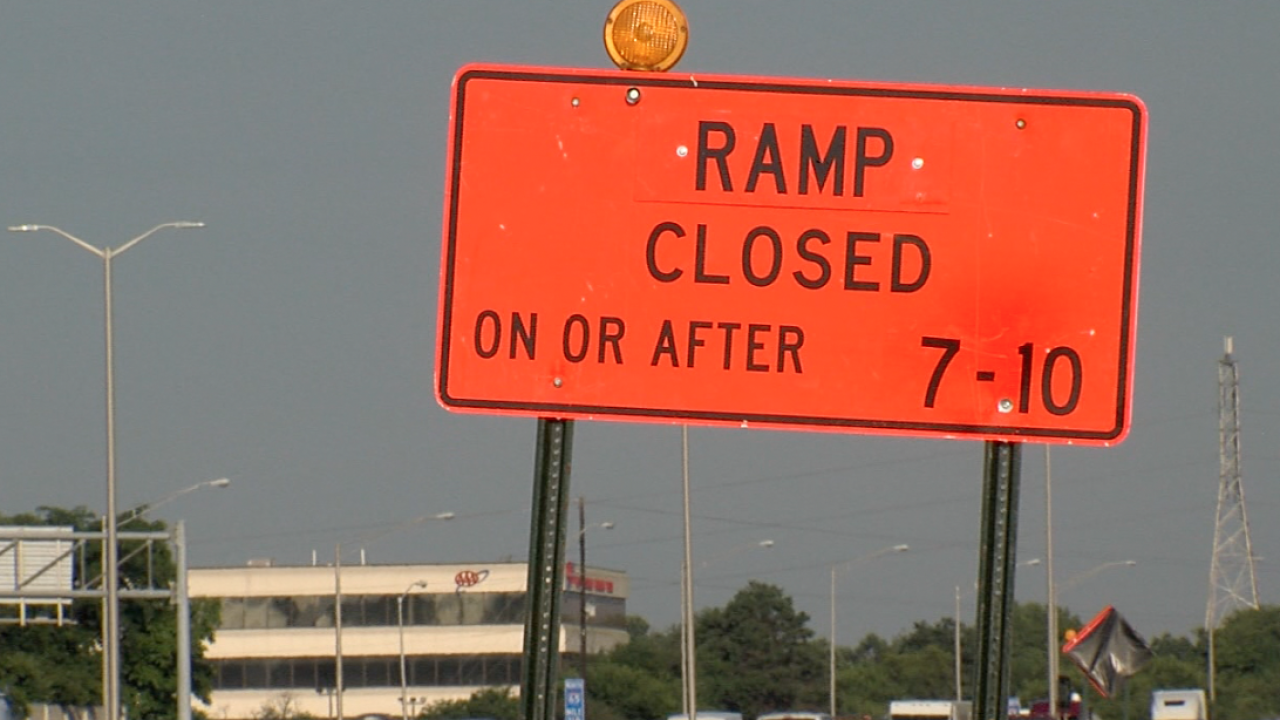 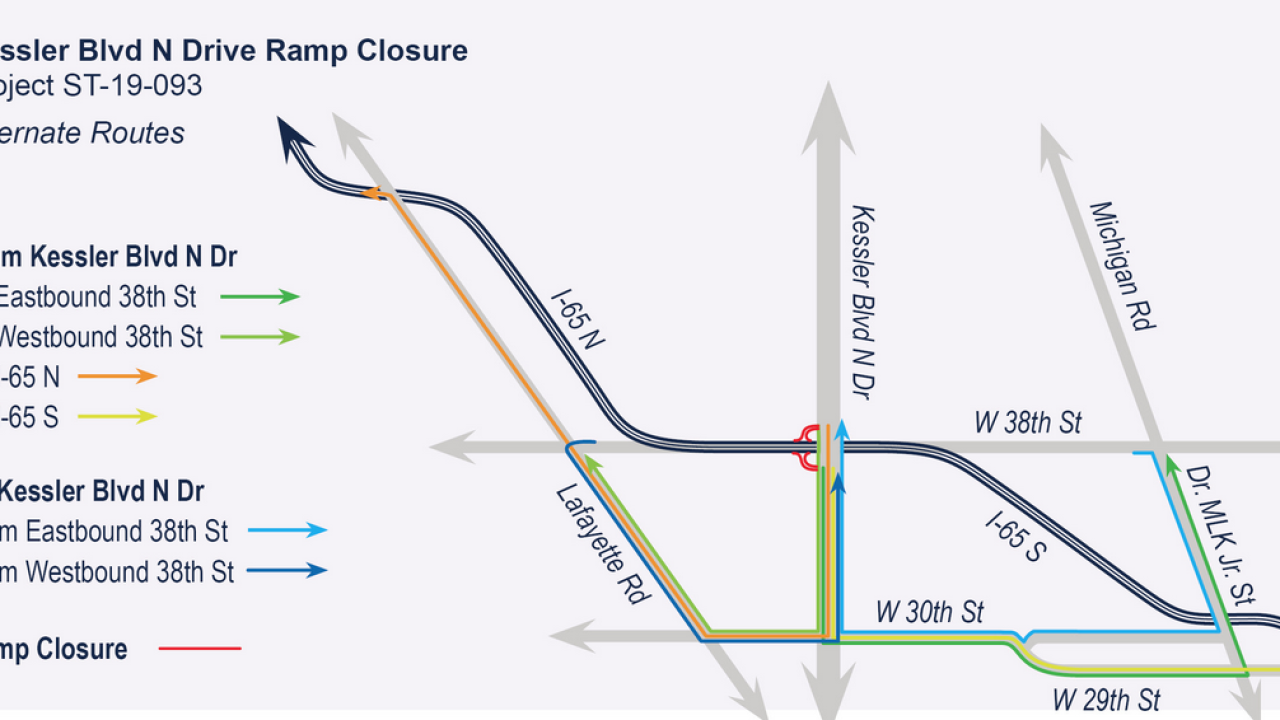 INDIANAPOLIS—Your commute might get a little messy as the Department of Public Works closes four different ramps at the Kessler Boulevard/I 65 interchange on the Indianapolis northwest side.

The work begins Wednesday and is part of a nearly $2 million project, completely rehabbing the concrete ramps at the busy interchange.

The good news is, the ramps aren't expected to be closed for long—no more than 60-days.

There are signs to let you know how you can access Kessler Boulevard, 38th Street and I-65, but the main suggested detour routes include using 30th Street to enter and exit Kessler Boulevard to reach your destination.

One driver we spoke with said she’s not too happy with the full closure.

"They should do partial lanes or something. I don't know, I don't deal with all of that, but there's a way to go around it without shutting down those ramps because now people will have to go way out of their way,” said Lena Dickerson, who lives in the area.

We asked DPW why the full closure is needed and officials responded, "It's safest and quickest to work under a complete closure. Trying to maintain safe conditions for workers while allowing traffic on half of the ramps would likely double the construction time period."

This work is part of a $400 million infrastructure plan passed by the City-County Council to rehab bridges, rebuild roads and increase pedestrian safety through 2022.

Here are the suggested detour routes from DPW:

To access Kessler Boulevard N Drive, drivers may travel via: