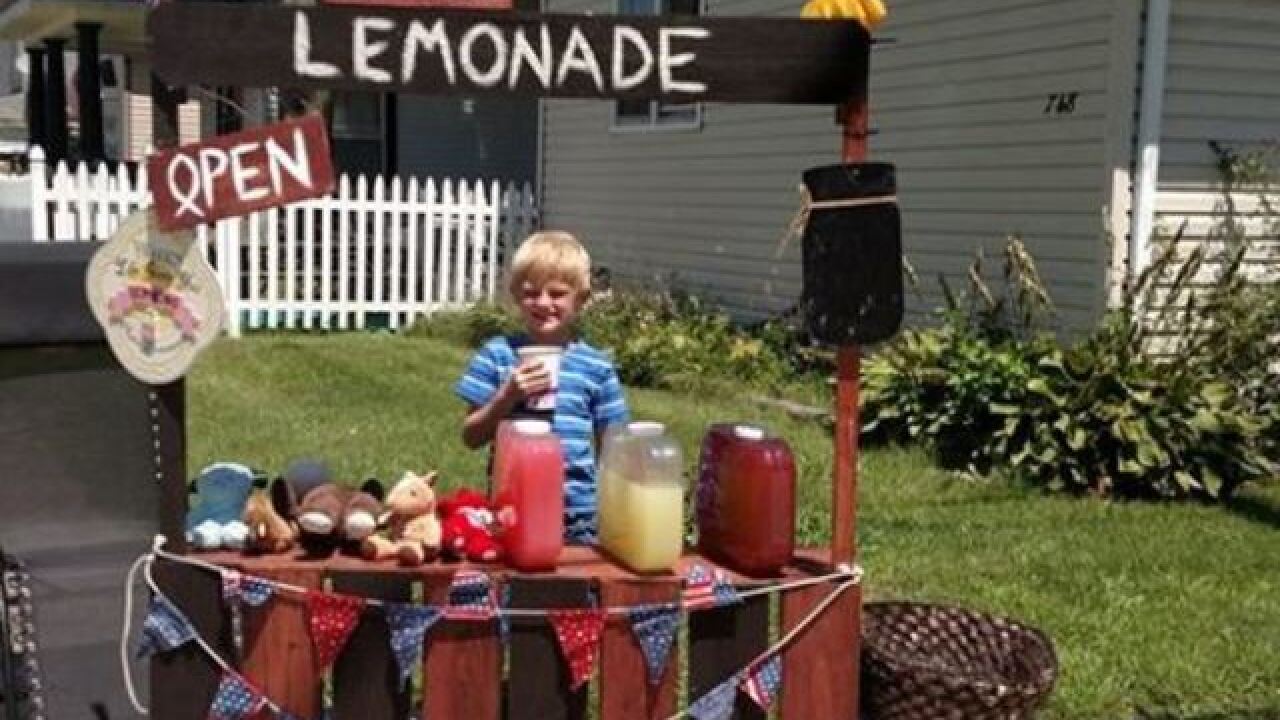 Copyright 2017 Scripps Media, Inc. All rights reserved. This material may not be published, broadcast, rewritten, or redistributed.
Malachi's Magnificent Lemonade

Malachi Fronczak opened "Malachi's Magnificent Lemonade" stand from 2 p.m. to 5 p.m. at 748 South Bell Street Saturday afternoon. In a post on the page for his lemonade stand, the family said they would be donating all money raised Saturday to Lt. Allan's family.

If you were unable to stop by Malachi's stand, you can still donate to the GoFundMe page set up by Southport Police Chief Tom Vaughn.

Lt. Allan was shot multiple times while responding to help the victims of a vehicle accident near the intersection of Maynard Drive and Madison Avenue in Homecroft on Thursday. He was rushed to the hospital where he later died.

A Homecroft police officer and off-duty Johnson County deputy returned fire, striking the driver of that car, Jason Brown. Brown and his passenger were taken to the hospital to be treated for injuries.

The passenger was interviewed by police and later released.

Brown is facing preliminary charges of suspicion to commit murder. Formal charges are expected to be filed later this week.

The circumstances surrounding the shooting remain under investigation.