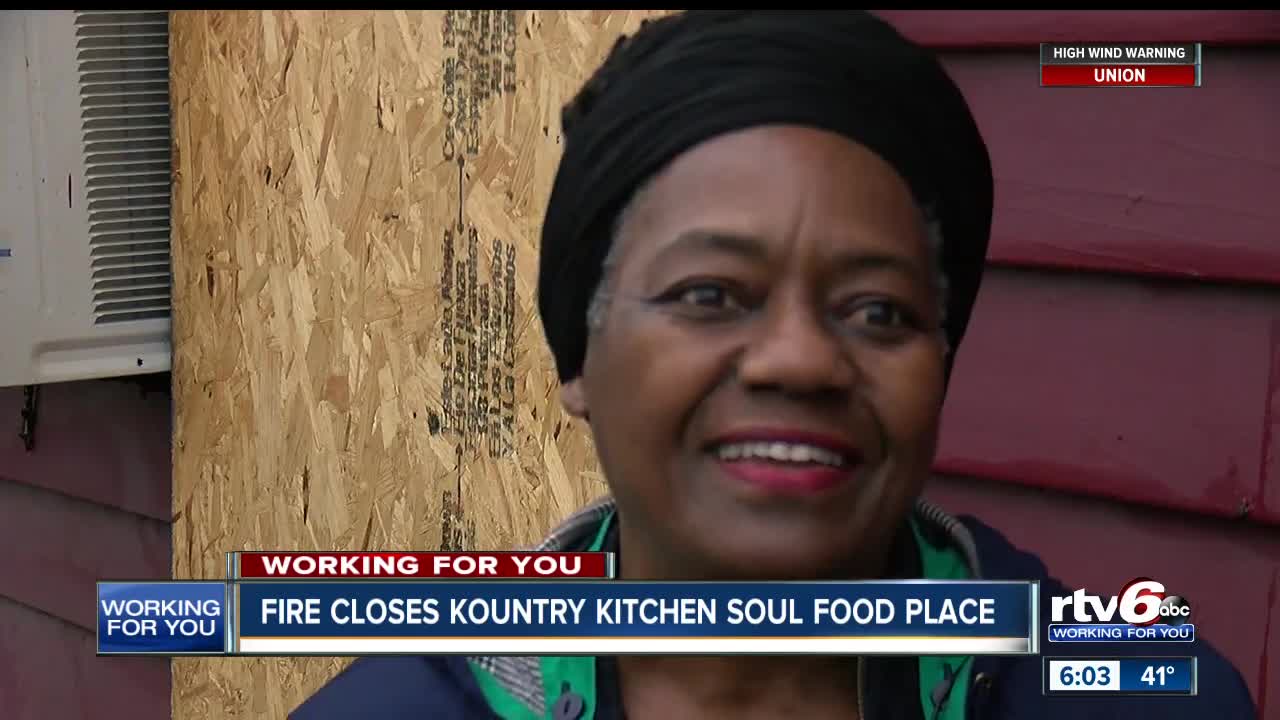 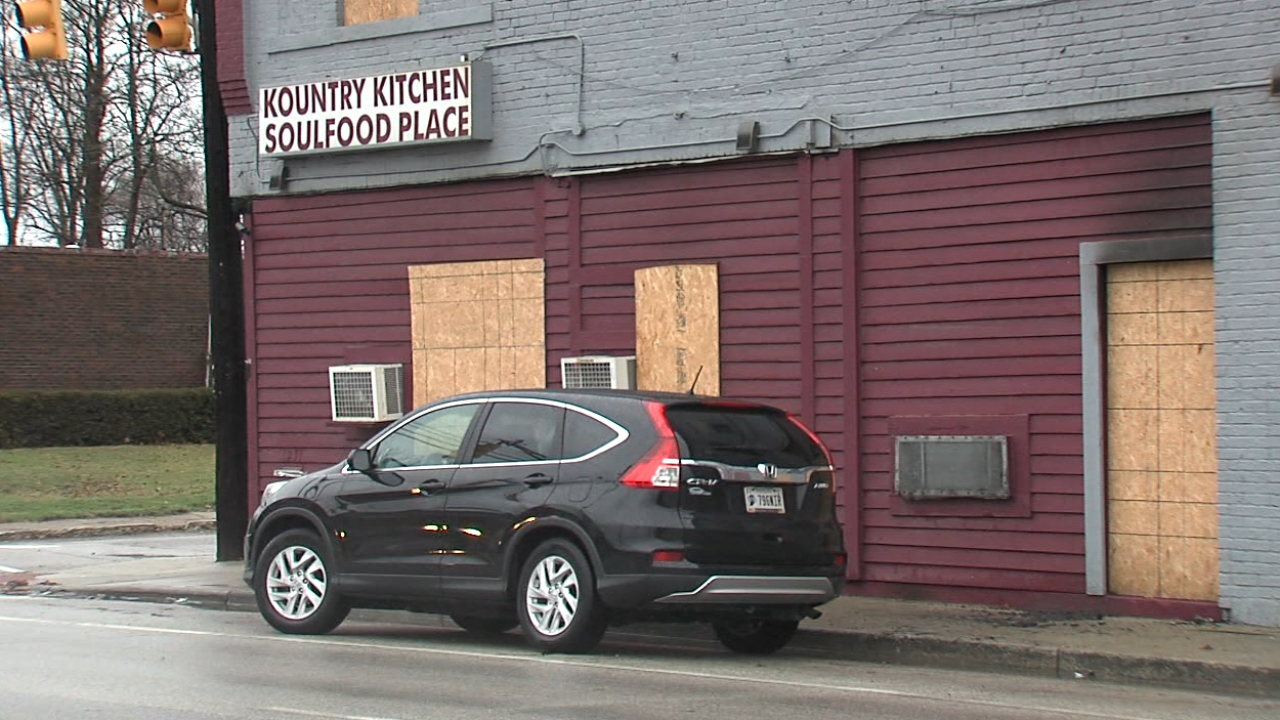 INDIANAPOLIS — On any other Saturday, the sweet aroma of soul food would squeeze through the walls of Kountry Kitchen Soul Food Place and float down North College Avenue.

Pastor Carlton Lynch grew up in Indiana eating at Kountry Kitchen. He lives in Michigan now, but a meeting back home gave him the perfect chance to get his fix of the down-home cooking.

"Smothered pork chop with greens and potato salad. And don't forget the big jar of lemonade," Pastor Lynch said. "This is a place where it's like coming to your Grandma's house."

Pastor Lynch told everyone to meet him at Kountry Kitchen on Saturday before the unthinkable happened.

A fire began overnight at the restaurant in its downstairs office, according to information from the Indianapolis Fire Department. IFD public information officer Rita Reith said the restaurant suffered heavy to the entire building and its structural stability was severely compromised. The cause of the fire is unknown, but foul play is not suspected.

Doris Barringer works part-time at Kountry Kitchen. She was in the kitchen just hours before hearing about the overnight blaze that firefighters fought for more than an hour after midnight.

"He said, 'Ma, did you hear Kountry Kitchen caught on fire, and I just started praying and crying that everyone was safe," Barringer said. "A lot of people depend on Kountry Kitchen for income. We feed a lot of people, send children to school and my gas money. I'm retired."

For Barringer, working at Kountry Kitchen has truly been a labor of love.

"The fried corn, the collard greens," she said. "That's just soul food. It feels our soul."

Kountry Kitchen is such important part of not just the Kennedy-King Neighborhood, but to all of Central Indy. I know the community will step up and assist in any way needed. The same way @Kountrykitchen was there to provide 2,000 meals to those in need just a few weeks ago. https://t.co/Mid192vblE

Many people who pulled up to the restaurant Saturday even though the windows are all boarded up. They said they had to see the damage for themselves in order to believe it.

"This is the destination for the creme de la creme, people of accomplishments," Pastor Lionel T. Rush said.

Pastor Rush said the history at Kountry Kitchen is just as rich as the flavor of the food.

"On those walls in there, you see Barack Obama," Pastor Rush said of the former president who ate at the restaurant when he visited Indianapolis during the 2008 campaign.

But that's not all. The roster goes on and on when it comes to the who's who from all over showing up at Kountry Kitchen.

"The other day I parked over there and (co-owner Isaac Wilson) was talking to Mike Epps," Pastor Rush said.

Isaac and Cynthia Wilson have operated Kountry Kitchen for more than 30 years.

"Great food. Great soul food. It's folksy, but elegant at the same time," Pastor Rush said. "Other cultures go to the golf course to make deals. We come to Kountry Kitchen."

Miss Cynthia and the team at @Kountrykitchen have done so much for so many — free holiday meals, community fundraisers, and more. It breaks my heart to wake up to this news but I know that fire damage can’t stop someone as tenacious and kind as Miss Cynthia. https://t.co/0zUp0Xi0nI

It's progress that has been put on pause for now, but hopefully not for long. Barringer believes this won't be the last time she is in the kitchen serving up smiles with the help of the restaurant's comfort food.

"We are very resilient," she said.

Pastor Rush said he thinks this blaze will only build something better.

"This may be the push for something bigger," he said.

To the Kountry Kitchen Family

Thank you for the overwhelming support and words of comfort for Kountry Kitchen and our valued employees that have been impacted by recent events. We will keep the Family updated. ❤️