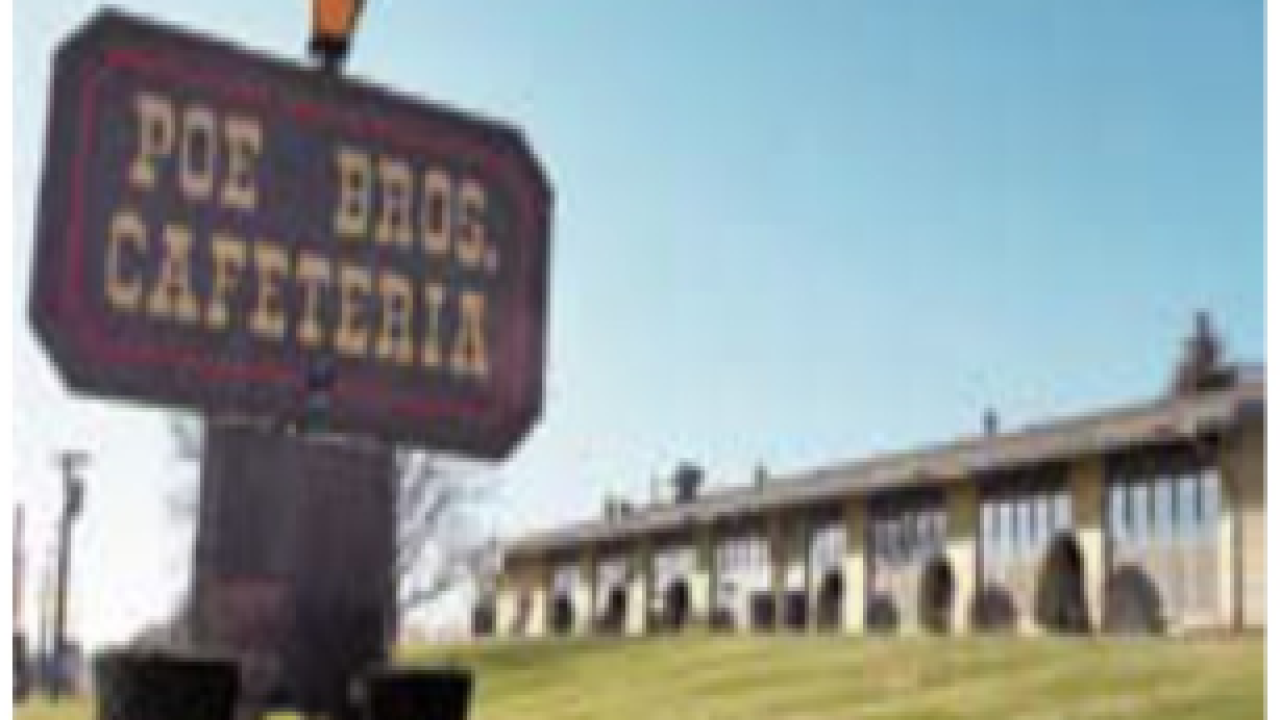 MOORESVILLE—Everything, including the land it's on and the building itself, will be up for auction at Poe Brother's Cafeteria in Mooresville on November 23.

The landmark restaurant built on a hill overlooking State Road 67, served its last meal at the end of September.

Midway Auction will be selling the property, the building and everything in it, beginning at 10 a.m. on the 23rd.

Sue Poe was the financial manger for the cafeteria which opened in 1982. As she explains it, five generations of the Poe family were involved in the restaurant business in Morgan County for many years. Another cafeteria, which closed in 2002, was located off State Road 37 in Martinsville.

Prior to the cafeteria's opening in Mooresville, Kelly Poe owned a restaurant on the same site, starting in 1960.

Poe's will be remembered for its reasonable prices and its roast beef, Swiss steak, friend chicken and more than 25 pies and desserts.

According to Sue Poe, the Mooresville and Martinsville cafeterias attracted their share of celebrities including Bob Knight, John Wood, Larry Bird and Calude Akins.