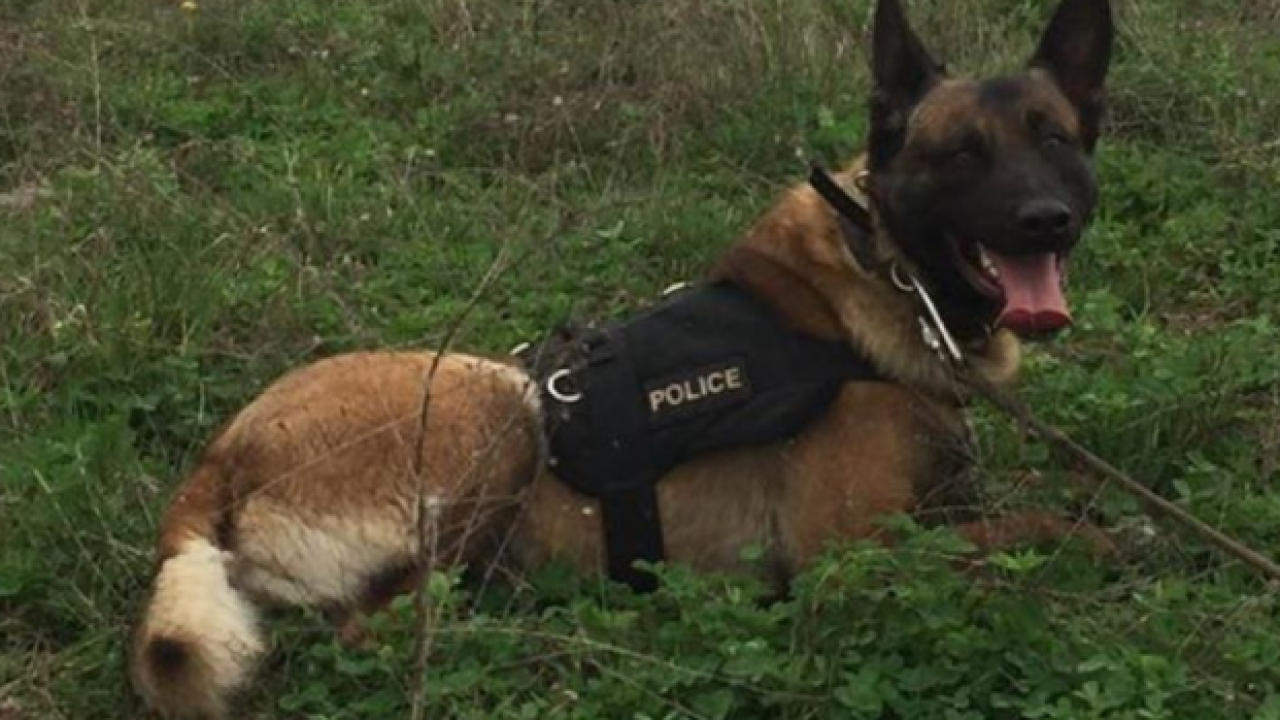 FISHERS—The Fishers Police Department expects a large crowd at the Wednesday evening memorial service for Harlej, the department's K9 who was shot to death last week.

The ceremony, which is open to the public, begins at 6 p.m. at the main gym of Fishers High School, 13000 Promise Road.

Visiting K9 teams from out-of-town police departments are asked to arrive by 4 p.m. Doors open to the public at 5 p.m., with displays and a slideshow until 6 p.m. The ceremony will end outdoors at 7 p.m.

Fishers Police Department employees, retirees, family and special guests taking part in the procession right after the service should stage on Tiger Drive. The procession begins at about 7:15 p.m.

Harlej, a five-year-old Belgian Malinois, was shot and killed during a manhunt for two suspects in the Saxony neighborhood.

19-year-old Richard Garrett is charged in the shooting death of Harlej.

Court documents say Garrett was driving a stolen vehicle about 100 miles-per-hour on I 69 when police attempted to stop him.

Garrett jumped out of the vehicle and took off running. That's when three officers and Harlej went into a field to pursue him. A second suspect, Rashaana Farrow, was apprehended at the vehicle.

During the pursuit, officers heard a single gunshot, according to the court documents. Harlej was later found dead in a wooded area.

Following an extensive search of the area, officers received information that someone was attempting to break into nearby homes. They later located Garrett and he was taken into custody. He suffered a dog bite wound on his left leg.

A gun was found about 75 yards from the location where Garrett first ran.