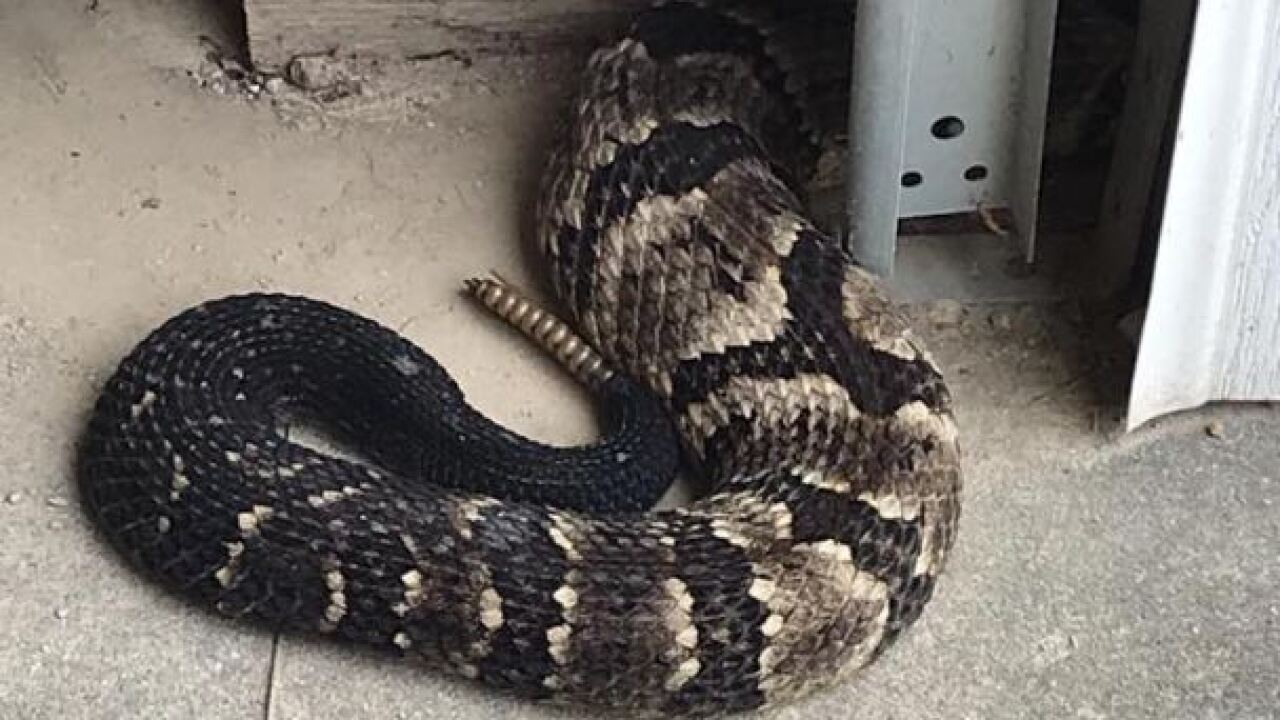 JACKSON COUNTY — An Indiana man had to call for a little help after he found a large Timber rattlesnake hiding in his garage.

The conservation officers called in Quartermaster Capt. Tony Wilson, who is a trained and renowned reptile expert, to help remove the three snakes.